Could folktales be the key to predicting who shall sit on the Iron Throne? If dragons existed, would they be able to fly? And how would they breathe fire? Social anthropologist Daria Vasilyeva and ITMO University postdoc Oleh Ermakov discussed these topics as part of the pop-science talk show “Split by Atoms”, organized by the St. Petersburg Atomic Energy Information Center. CAUTION: this article contains spoilers. 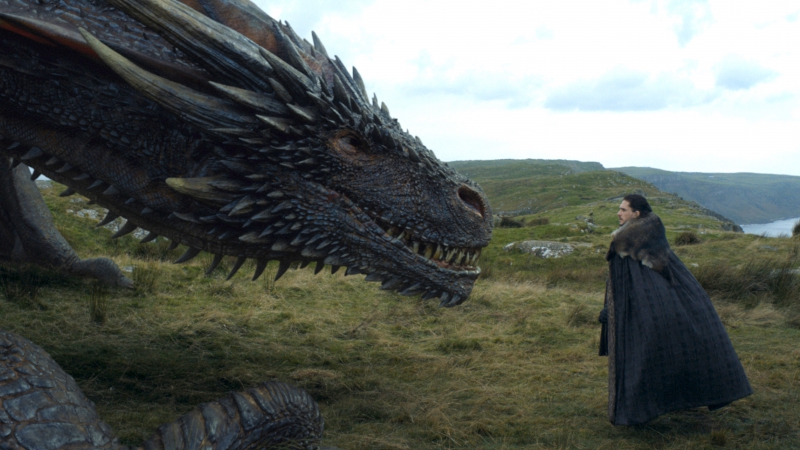 Social anthropology, unfortunately, is not well-developed in Russia. As a specialist, I can say that George R. R. Martin is highly competent in this science. The variety of cultures described in the Song of Ice and Fire may seem like the fruit of the author’s wild imagination but, in fact, the Dothraki and many others have their roots in real-world cultures.

One of the key tasks of social anthropology is to study the dynamics of cultural and social mechanisms without which the society stagnates and cannot survive crises. Even the ritual of celebrating the New Year is a vital part of our progressive growth, as it helps us analyze our lives and adjust them if necessary.

Anthropology began studying societal changes with the rites of passage from one state into another. These are the rituals that help us overcome crises and change the format of our social life. In traditional societies, people would conduct initiation rites; even today, we continue to celebrate every change of our social status. Being accepted into university, or graduating from one, is also a form of that. Experts also describe restoration rituals, which signify a person’s return into another status or a society’s complete restructuring in the face of new challenges.

The key plotline in Game of Thrones is that of a world at the brink of change, a world in flux. Many popular stories are built around that premise. Perhaps, the real life has a deficit of situations in which we can learn about means of survival in the world. Thus, stories like this fill that gap and present us with a certain cultural model.

The works of Martin and his peers have a massive historical predecessor in the form of fairy tales. These texts, similar in structure, narrative, and characters, emerged independently in cultures all around the world. Take Ivan the Fool, the Russian “wise fool” archetype who eventually becomes a prince after passing certain challenges. These ideas can be found in many cultures.

A common fairy tale element is the motif of a serpent monster. The three-headed dragon from Russian folklore is an example of just that, a fire-breathing creature that combines opposites and guards the border between the worlds of the living and the dead. Martin uses his own metaphor: an ordinary world, the mundanity of which is broken when the society and way of life are disrupted. That is the characters’ meeting with the serpent.

Dragons are similar to another common archetype: the antagonist characterized by a special relationship with death. All of these “deathless” characters serve as the catalyst for chaos, and winning over them brings our heroes closer to restoring the world order and being accepted as saviors.

A curious thing about Ivan the Fool: the names Ivan and John (or Jon) are semantically related. In Celtic and Germanic languages, it is the John or Joe who is the “loser” sibling in a family, and Martin’s choice of names is unlikely to be coincidental.

One popular fairy tale premise is the initiation of a chief. This character leaves their home and undergoes changes as they pass various challenges. Of course, what happens to them on their journey is what determines the future fate of their people. The figure of a leader helps form the identity and thinking of a society. After all, what do changes signify? The need to dismantle an old system of values and adopt a new one. After the initiation ritual, characters acquire a new cognitive model, a new way of thinking.

Taking into account these fairy tale archetypes, we can make a few solid guesses on who is destined to sit on the Iron Throne when the story ends.

To prepare for this lecture, I started by googling the physics of Game of Thrones, guessing that I wouldn’t be the first to think about it. Some of the most curious thoughts on the topic have been made by the scientist Neil deGrasse Tyson, who is a fan of the show and has plenty of interesting notes on its universe.

In the Russian section of the internet, there is plenty of good discourse to be found on the pop-science portal N+1. For instance, they have looked at the feasibility of dragons being able to fly, which appears to be one of the most common questions. As it turns out, they kind of can, but kind of can’t. They’d need to have a good run-up or jump from a great height; the explainers wriggle out of this by suggesting that gravity is weaker in Westeros and the different composition of air creates a stronger lifting force.

As for common sense? Life experience tells us that birds can fly. Albatrosses can weigh up to 10 kilograms, spend 70% of their lives above the ocean surface, and can travel 1,500 kilometers on a single foraging run. That’s nature, and it works.

As another example, let’s look at aviation. There are planes capable of carrying parts of other planes, or even entire space shuttles. The AN-225, which weighs 250 tons and can carry another 640 tons, has been flying perfectly well for years now. The mass of a dragon, roughly estimated, is around a ton. Planes fly thanks to small, but powerful engines, while dragons are biologically-optimized creatures. To me, they must surely fly.

What people question less often is how the dragons breathe flame. All theories on this topic point to one factor: self-igniting substances. Basically, a dragon’s body produces two different substances that, combined, produce flame. In my opinion, that theory is a bit of a stretch, since those substances would have to be stored independently and sprayed simultaneously and with great force.

In defense of that theory, I have to mention that there is a similar creature in our world: the bombardier beetle. As a defence mechanism, it sprays hydroquinone and hydrogen peroxide from two reservoirs within its body; together, the substances reach the temperature of 100 degrees Celsius. In essence, the bug can spray predators with a dose of boiling water.

My theory, however, is based on the hydrogen engine. How does it work? When a current passes through two electrodes dipped into water, water molecules are split into hydrogen and oxygen. When the hydrogen is burned, it produces a great deal of energy. Hydrogen engines are no longer as popular as they were, but companies like BMW and Toyota still use them in some of their cars.

I think that the dragon’s body produces hydrogen, which only needs a spark to burn; a spark that can be produced by the friction of two solid bodies, such as fangs. That’s how you get flame. But the core of my theory has to do with – SPOILER ALERT – the dead dragon that’s been turned into a wight. What is that blue flame that so easily knocks down a wall made of solid ice? I’ve only found one theory online, which doesn’t hold up well to criticism, that says that the blue color can be explained by an increased temperature of the flames.

But if the White Walkers bring cold and death, why would the dragon wight’s flames become hotter? And if the flames were simply hotter, the wall would have melted, not shattered into bits as it was. I think it’s the other way around: the newly-wighted dragon’s life functions continued at much lower temperatures. Therefore, the hydrogen inside it has turned to liquid hydrogen. A rose dipped into liquid hydrogen, for instance, will turn to stone within a couple of seconds.

There’s a reason why plumbing pipes burst in the winter: water expands in volume when it freezes, which is what happens to the insides of the Wall. The dragon, in essence, fills the cracks and cavities within the wall with liquid hydrogen, and expansion coupled with the shockwave splits the Wall from the inside.

To sum up: a dragon’s organism produces a gas, mostly likely hydrogen, which combusts in contact with a spark. When a dragon is zombified, the gas turns to liquid due to low temperatures to acquire even more destructive properties.