Under Total Control: ITMO U Engineer Talked about Precision Systems

Researchers at Chair of Electrical Engineering and Precision Electromechanical Systems proudly show a video of Soyuz 2.0a launching shot in Cosmodrome Vostochny. ITMO U engineers contributed to this project by developing a telescope for quantum optical system “Sazhen.” Valentin Tomasov, senior engineer and head of the Chair, talked about technologies that Russian researchers made for purposes of space industry. 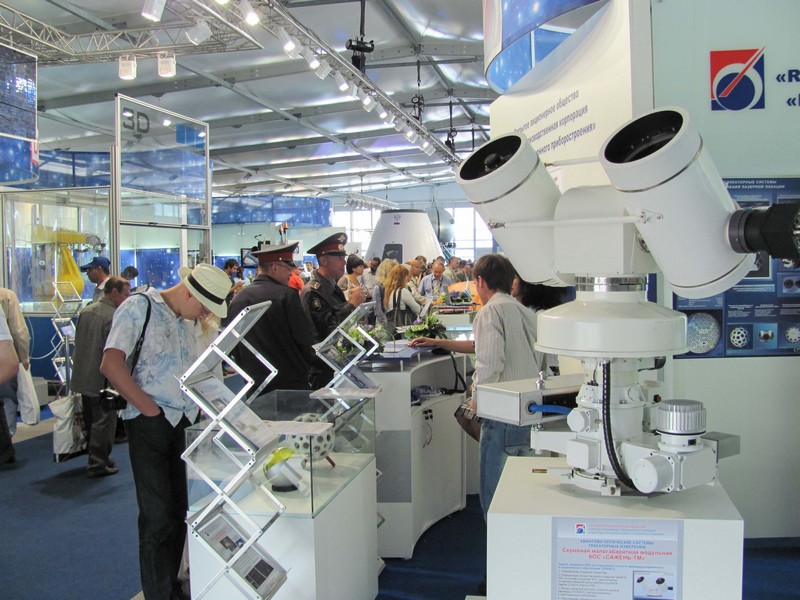 “Sazhen” systems used for rocket path measurement were also installed at Baikonur and Plesetsk cosmodromes as well as at several testing grounds in Russia. St. Petersburg researchers work on precision digital electric drivers for antenna pedestals of various trajectory measurements telescopes. Currently equipped with the most modern technologies and elements these telescopes ensure high-precision measurements.  Telescopes provide high-quality drive accuracy while their optical axes move at different speed regimes. However it is not so easy because observable objects are constantly moving. Moreover their size can be both about 20-30 kilograms and several tons. When analyzing such complicated objects the device has to be equipped with effective follow-up electric drives that compensate for imperfections of devices. This is the most important challenge for ITMO U engineers.

According to Mr. Tomasov, ITMO U engineers developed precision drivers that were applied for optical electronic complexes. At the present time this equipment is used not only in Russia, but also in other countries. For example, GLONASS quantum optical monitoring system Sazhen-TM was installed at one of Brazilian universities. It is also planned to install automated wide-field optical electronic system “Pritsel” at Pico dos Dias Observatory this autumn. This system will detect inactive satellites, space vehicle wrecks and space debris.

Valentin Tomasov also noted that his colleagues are going to test two digital electrical drivers. There will be precision electric drivers of laser distance measurement system for artificial earth satellites. Thanks to technologies developed at ITMO U one can detect any object located on the Earth and determine its` position with measurement error equal to 5 cm.

“At the beginning of next year our specialists will go to Russia`s Far East to work on a guidance system of sea optical radar. This device will be installed in vessel Marshal Krylov. It is very unusual project because for the first time we will deal with a system, which has moving base, I mean a boat. Precision systems have to take into account not only a position of analyzed space object, but also external disturbance caused by ship motions,” noted Valentin Tomasov.

Chair of Electrical Engineering and Precision Electromechanical Systems always attract talented students and graduates who want to work in this field and provide research activities.