ITMO University was selected to lead the Computer Science and Information Science group of BRICS Network University at the BRICS NU Rectors Forum that took place in Ekaterinburg, Russia earlier this month. 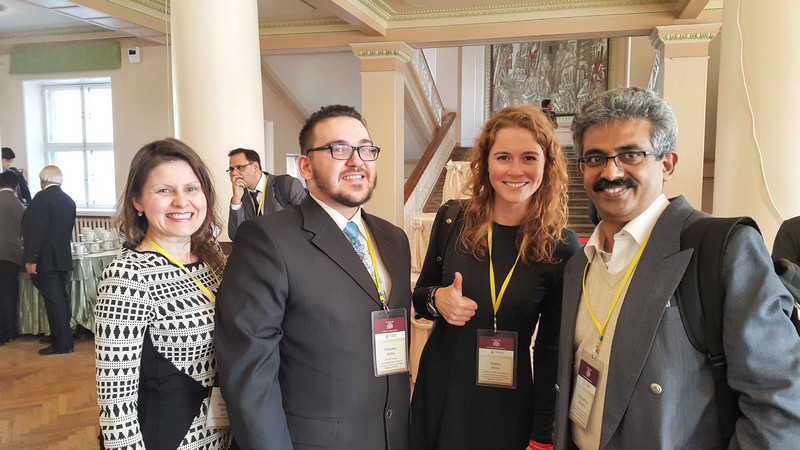 Established in 2014, Network University unites 60 universities from Brazil, Russia, India, China and South Africa (BRICS). Their representatives came to Ekaterinburg for the Rectors Forum to discuss collaboration and develop "road maps" in six key areas that include computer science and information science, energy, economics, ecology and climate change, water resources and pollution treatment, and BRICS studies. The idea is to create an integrated educational space for students from these countries.

ITMO University was selected as the leader in the first area. It was represented by Daria Kozlova, Vice Rector for International Relations, Anna Bilyatdinova, a professor at the Chair of High Performance Computing, as well as Aleksey Dukhanov and Andrey Filchenko from the same Chair.

"In BRICS Network University we focus all our energies and expertise in the area that is key to our university - computer technology," said Ms. Kozlova. "We have a strong working group, the backbone of which consists of such leading Russian universities as MIPT, School of Economics, St. Petersburg State University, MISiS, ITMO University and others. Also, it includes two universities each from India, China, Brazil and South Africa. In addition to managing the IT group, we participate in the BRICS Studies group. Working in this group, we understand how to apply our expertise in ICT in BRICS 'studies."

The Network University is devoted to the creation of Masters and PhD programmes. It has several implementation stages. The earliest is the academic student exchange which kicks off in the new academic year. To this end, the forum participants identified overlapping in educational programs in English already in place. Now work is underway to establish admission procedures for foreign students from partner universities. Once the participants come to a consensus, the first undergraduates and graduate students will be able to go to one of the countries connected to the Network University.

By 2017, BRICS NU participants are expected to start working on the development of joint educational programs in partnership with different universities. The strategic objective for 2018 is to develop a new general education program with the participation of partners from all five countries.

"We worked in the educational foresight mode to try to figure out which experts will be in demand in three to five years," Ms. Kozlova said. "Together with our colleagues we assigned the roles in the implementation of the roadmap and planned out the activities of each university. At the end of the forum as the group's moderator I was pleased to present a roadmap with input from all the participants. The motto of our presentation was the slogan «Let's BRICS IT!», reflecting our ambition to create breakthrough programs in our area. " During one of the sessions, Alexey Dukhanov shared about a unique international project “Kubh Mela Experiment” which the Chair of High Performance Computing at ITMO University is actively involved in. According to the Professor, the project is a clear example that IT no longer functions in a sphere of its own but is an integral part of every field.

“In a Network University such as this, the educational trajectory is not focused only on science but involves projects in four fields, social and humanitarian, scientific research, engineering and technology and innovation and entrepreneurship. Only the ‘common core” courses remain obligatory while the others are chosen by the students amongst the best experts from the NU, in order to get the necessary knowledge and skills for the implementation of their projects. In such an educational system, priority is given to students general competences while the student has to learn to develop his professional competences himself. Having gone through such an educational trajectory, the graduate will be able to successfully participate in various multidisciplinary projects, lead their teams, and change their field with ease.” – explained Mr. Dukhanov

These aspects were also adopted by the working party and noted in its tasks.

BRICS NU is an educational project that was primarily created for students to expand their educational boundaries.

“Our students participation in the Network University at the very least expands our geographical mobility. BRICS is a rapidly developing, and promising development for the country. I think its important to send students particularly to these countries that have budding opportunities. It’s in such places that young scientists can find new opportunities for growth and development and not in the traditional and sometimes conservative North America or Europe. BRICS NU gave us an opportunity to finally start specific and meaningful interactions with the countries with which we have been grouped with for some time now.  At the forum, we worked well with India and are looking forward to seeing the fruits of our collaboration” – summed up Daria Kozlova.