By now everyone has heard of Pokémon GO, the latest online gaming sensation. Although it’s only available in the US, New Zealand and Australia, the 20 year history of Pokémon makes the new augmented reality mobile game released on July 6 sought after all over the world. Some sources say it’s set to be released in Russia by the end of the week. So take care while you’re walking down Nevsky Prospect because everyone else might soon be looking exclusively at their phones. Experts in the field of virtual reality explain how Pokémon GO works and what makes it so attractive. 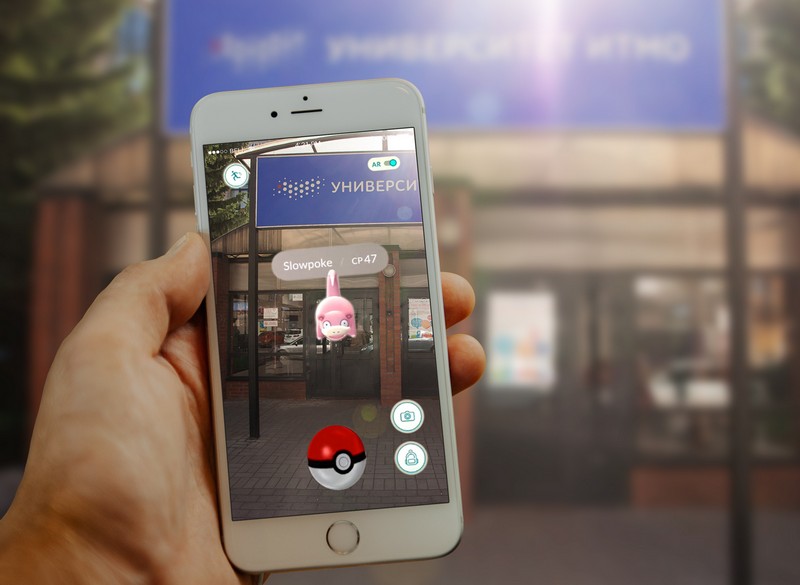 Over 7.5 million downloads were reported in the US appstore of the game created by Niantic Lab and Japan’s Nintendo which owns the Pokémon trademark.  While augmented reality is not a new phenomenon, millions are attracted to the idea that you can find new monsters in shops and parks, in hospital queues and even in your own bed.

“Even though the tools for creating such augmented reality games have been around for some time”, explains Denis Stolyarov, Design and Multimedia Center`s engineer and one of “Video360” inventors, “the existence and widespread popularity of Pokémon GO is a great way to promote virtual and augmented realities. People who earlier did not know what it is, are now acquainted with the main technology of the future through this game… Quite possibly, Pokémon GO will be recorded in the history of the development of the field of virtual and augmented reality, not as a revolutionary game but as an important instrument for promoting these technologies.” Vladimir Konovalov, CEO of the aeMind IDEntity company, developers of a virtual body control system IVoRy, explains that “the basic requirements for such a game are a device with a camera, display, the ability to import information from the camera, and a graphics processor that is able to add graphics to the display. Smartphones and tablets have all these characteristics. What happens is that the camera transmits the image on the screen, and the GPU “draws” over the objects it sees. The application can also use certain markers which the smartphone can read and it creates a map of virtual objects. You can then interact with these virtual objects by tapping on the screen.”

It seems that it’s not the technology that makes the game so popular but rather the idea, with Pokémon’s loyal target audience, children of the 90s, it doesn’t take much for the game to become well known. Another significant factor for the quick spread of the game, is that it’s interactive. Unlike many computer games that encourage one to be antisocial and sit at home, Pokémon GO, has players out and about, finding new places and meeting people who are also on the lookout for the same monsters. “It’s a multiplayer game in which you and your partners see the same thing: if you notice Jigglypuff on the Palace bridge, you can be sure that there’s another user with a smartphone is also looking at it, and not another pokemon for example. You are participating in a joint gaming experience which is very important. Earlier applications with augmented reality usually individual in character, while now you can go on a bike ride with your friends around the city looking for pokémons.” says Mr. Stolyarov.

Of course the game also has its disadvantages, players engrossed in the game at the mid-hours of the morning in Missouri found themselves in deserted alleys ready to be pounced upon by armed robbers. Safety tips are going viral explaining to users to watch out for trees and look up from their phones. Mr. Konovalov also sees some issues in the actual visual implementation of the game. He points out that the height of the table is sometimes mistaken as a floor, with pokeballs bouncing across non-existent surfaces, or phones not perceiving a solid wall. Soon to be officially released in Russia, you will soon find “gyms” inside the university’s main campus where you can get extra points or battle it out with other pokemon trainers.