QKD Security Proof Workshop is an event that brings together the best scientists in the field of security proofing of quantum key distribution. This year, it was held at the University of Toronto, Canada. The only participant representing Russia, Anton Kozubov, a researcher at ITMO University’s International Laboratory of Quantum Informatics, delivered a talk about his work. ITMO.NEWS spoke to Anton to learn more about the latest developments in the field and what tasks must be be solved to pave the way for better data protection methods. 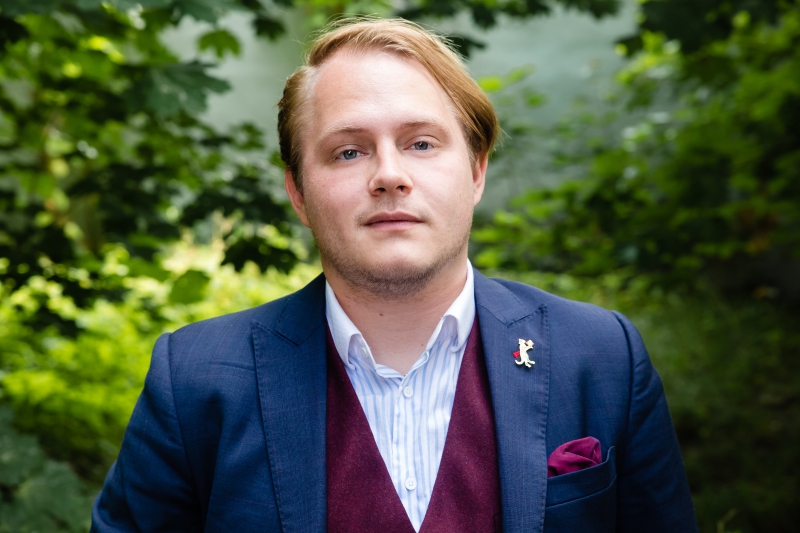 Quantum Key Distribution (QKD) Security Proof Workshop is organized by a closed community of specialists, and only 30 leading scientists in the field of quantum cryptography get to attend. Who are these specialists and what tasks do they focus on solving?

We should start by saying that data protection is a very relevant topic in the modern world. Some have long understood, and some are just starting to, that contemporary cryptography methods don’t really hold up anymore because they are based on the supposition that violators just don’t have enough computing capacities. You can’t build your defense on that. The tenacity of encrypted data decreases over time, so we need to move on to other paradigms. And one of these other paradigms that allow us to overlook the aforementioned problem is based on quantum key distribution.

The scientists attending this workshop are all leading experts in this field. Their focus is on developing quantum cryptography systems, proving their strength, and creating new protocols that allow us to increase these systems’ effectiveness and integrate them into modern infrastructure.

The geography of specialists dealing with these complex questions is quite widespread, and this particular workshop brought together scientists from Canada, the US, China, Switzerland, the UK, Czechia and Russia.

You were the only Russian participant. How did you manage to be invited as a speaker?

The workshop has been held for the second year in a row, and it’s true that you could take part only if you were invited. It just so happened that I was offered to give a presentation at this year’s event. I think this was due to the fact that our group at ITMO is the only one to pursue cutting-edge ideas and consider different approaches to security proofing of quantum key distribution. Other specialists in Russia prefer to stick to the beaten track, and it’s more difficult to achieve new, outstanding results in this case.

Quantum communications, just like any other scientific field today, is constantly developing. What questions are currently the most topical in your community?

Trends change with each year that passes. For instance, last year everyone was talking about achieving the maximum range and performance for the systems, but this had its own linear limit. This year, specialists managed to find a way to circumvent this limit, offering new protocols that allow us to push the systems’ range and key generation rate even further, for example through making use of an untrusted detection node. Protocols like these are being actively developed today, and all of the world’s leading laboratories are trying to come up with their own implementation options.

There have been no real-life implementations of such protocols as of yet, and all of them, for the most part, are only seen used in lab conditions. But we have seen actual examples of quantum key distribution in practice; almost all banks in Switzerland and Austria have long been using these tools, since around 2010. Such solutions are, for example, proffered to banks by a well-known company ID Quantique. In Russia, things are a little more complicated, because in order to be able to sell this kind of product, you need to obtain a license for it. There have been no licensed products in our country so far, but we have already agreed on a necessary work specification with the authorities and hope to pass the licensing process in the nearest future.

You presented your own report at the workshop, telling about the research you conduct. Could you tell us more about that, too?

Our laboratory has long been developing a quantum key distribution system. Its main distinguishing feature is that it is based on a special state formation mechanism (you can read about it in more detail here).

This signifies that we took an untypical path from the very start: we began by developing an experimental sample and only after that, not until fairly recently, set about to develop a theoretical foundation for it. Because all this was done from scratch, we’ve faced a number of challenges and nontrivial questions that no one in the community has ever encountered before. As a result, working in this direction allowed us to discover a whole new field of research on quantum information theory.

As of now, systems at practically every leading laboratory in the world operate using the same protocol; consequently, the methods and ways of proving these protocols’ strength that they offer are also next to identical. One of the things we've demonstrated to the world? is that these techniques are invalid and unsuitable for our field, which amounts to a result that is very novel in its nature. Additionally, we have developed security proofs that allow us to take into consideration an entire host of different aspects. For example, while quantum channels had only been considered as linear mappings before, we looked at them from a nonlinear angle. Thus, we have been contributing to the expansion of the existing theory.

At the workshop, I talked about the protocols implemented in our laboratory and how we work with them, and also presented an actual protocol strength proof we are using. It so happened that we’d run a little ahead of the entire global industry. Only a year ago, when we were just starting to promote our proofs, all we got was rejection: people said that they were of interest to no one but us. And what we have now is a situation where everyone is hyping over Twin-Field (a new quantum key distribution protocol that enables key transfer over distances of more than 1,000km without trusted repeaters or quantum repeaters — Ed.), which uses almost the same states that we’ve been using, and our approaches have risen to international popularity.

Does this interest only come from the scientific community for now?

For now, yes. But I see all the prerequisites for the industry to start taking interest, too. We have already managed to reach the necessary production capacity levels. What’s more, the technology is already at the level where it is applicable in real life. And our international colleagues’ experience attests to this already being possible.

Fastest of all, these approaches can spread to the banking and public sectors, in military structures, i. e. the fields that call for the most reliable and detailed methods of data protection, any leaking of which can lead to major disruptions.

The generally touted advantage of quantum cryptography is that it makes optical communication lines fully invisible from hacking attacks, protected by none other than fundamental laws of quantum physics. But there are specific problems and risks involved, too. Which of these does your work at the laboratory focus on?

The risks are always there, you can never get rid of them. But what has to be noted is that before, seemingly because of some marketing reasons, we used to hear that quantum key distribution allows users to ensure the maximum security of their encrypted data. But you have to understand that this isn’t true, moreover, that this isn’t the task that quantum key distribution aims to solve. Its actual goal is to make the strength of system-produced keys stable over time, unlike what we have in our modern cryptography, where the keys’ resilience falls, sometimes even exponentially, while ours remains secure indefinitely.

We are now working to bring about an even bigger generalization of this field we have chanced upon, as there are still more questions than there are answers. Namely, we have to develop a new generalized definition of data evaluation in these systems, because the approaches we have now fail to do it adequately, forcing us to resort to various temporary solutions such as renormalizations and others. What we want is to come to a more universal, one-iteration approach.

People in our community are very open to collaboration. For example, last year we got to spend over a month in Zurich, working with our colleague Renato Renner, a Professor for Theoretical Physics and head of the research group for Quantum Information Theory in ETH Zurich, who’s as good as created the scientific field we are part of. At the workshop in Canada, I also got the chance to meet a Chinese colleague who expressed an interest in collaborating on joint research.