This Is the World`s Largest Social Experiment

An international research team consisted of experts from India, the Netherlands and Russia is going to launch the Kumbh Mela Experiment, which will bring together tens of millions of people. Alexander Boukhanovsky, ITMO University professor, shared how to predict crowd behavior using various data sources. 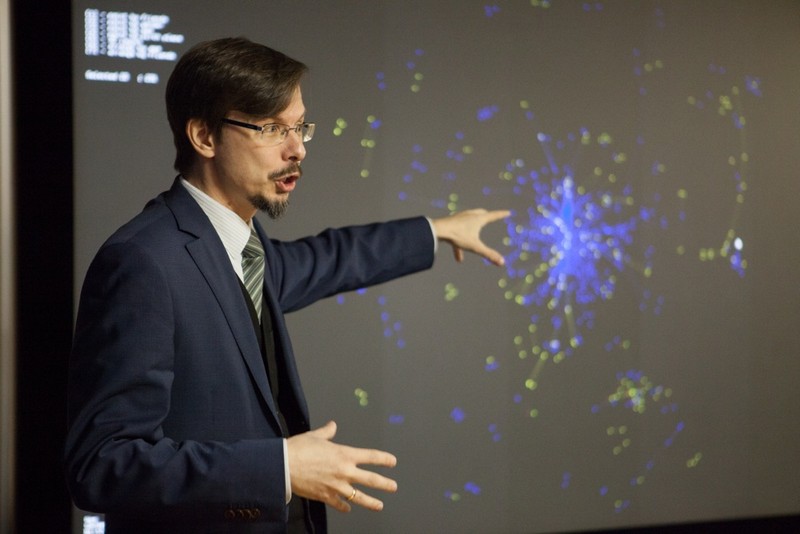 International experts plan to research crowd behavior at Kumbh Mela, the largest festival in the world, which will take place in India on April-May 2016. Every year this religious holiday brings together millions of pilgrims. According to Khaleej Times, record 120 million people visited it in 2013. Alexander Boukhanovsky, head of Research Institute of High-Tech Computer Technologies, noted that Kumbh Mela is a unique data resource.

“Previously if was considered that large systems` research was connected with physics, astronomy, as well as Large Hadron Collider, which aimed to discover Higgs boson. It requires analyzing of multiple data. However social systems also have their own “Higgs boson.” It hasn`t been found yet because nobody researched such mass gatherings,” said Mr.  Boukhanovsky. “Such activities are necessary because, first of all, they aim to prevent accidents. Secondly, it is wonderful opportunity to understand a behavior of a crowd consisted of millions of people. Sometimes two thousand people initiate crowding. Despite of the fact that it is a large-scale event, Kumbh Mela passes off almost without disorders.”

International researchers initiated a consortium, which includes ITMO University, Indian Institute of Science and University of Amsterdam. Experts are going to track crowd movements by using videos from static cameras and drones, cell phone data, as well as human observation. Some participants will be given special bracelets that detect and record interactions with other nearby devices. They define exactly which people are close together and how long they stay together. It is also planned to install data processors for handling obtained multiple data.  The Kumbh Mela Experiment will take place in Ujjain, India. The researchers have already visited this city at the end of November so as to make contacts with its` officials.

According to Alexander Boukhanovsky, one the most important challenges is to compare data received by various sources. It is planned to provide it by real-time reactive prediction and decision-making methods. For example, if a mass human gathering starts crowding what will be more reasonable? The first point is to open a door to let people in. It is also possible to obstruct their way so as to let them find other ways. Processing of obtained data through supercomputers will give rise to development of unique methods of crowd behavior prediction and social systems` analyzing. Researchers are also going to design some computational modeling sessions before the festival.

“First of all we will develop an approximate model taking into account peculiarities of the location. Then we will choose the most appropriate places for data capturing devises. Now we focus on Mahakaleshwar temple…It is known that 7% of maladaptive people make all crowd behave the same way, whereas 5% of such humans don`t affect others. Understanding of these mechanisms is very important while organizing large events…”

The participation of ITMO University in this Experiment is supported by the Ministry of Education and Science of the Russian Federation.