Critical conditions associated with the blockage of blood vessels are one of the primary health concerns worldwide. The main objective of emergency assistance in such conditions is to effectively implement thrombolysis, i. e. to quickly dissolve the clot. To this end, scientists from ITMO University in cooperation with Mariinsky Hospital in Saint Petersburg have developed a magnetically controlled drug that can be condensed on a blood clot by means of a magnetic field. The new drug is safe for intravenous injection and can dissolve clots up to 4000 times more efficiently than ordinary enzyme-based drugs. The new study will also help reduce drug dosage, thus avoiding numerous side effects. The results of the research were published in Scientific Reports. 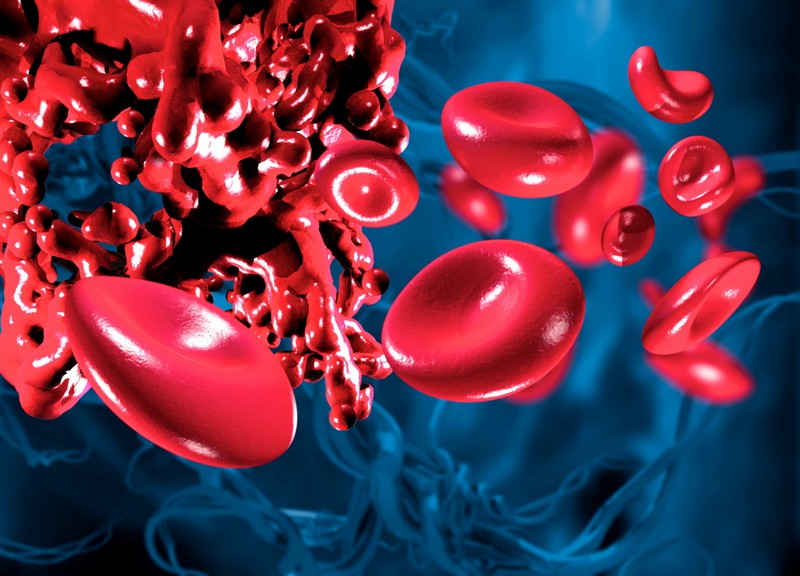 In emergency situations caused by thrombosis, the clot has to be destroyed within a very short period of time – about 3 to 4,5 hours. After that, tissues die without blood flow. But even if the patient was lucky enough to undergo thrombolysis, he will get numerous complications caused by the thrombolytic drug – a specific enzyme injected intravenously to dissolve blood clots. On the average, in developed countries, thrombolysis is effectively carried out in 15% of cases.  In countries like Russia, the figure is much lower: out of a hundred people brought to the hospital, only two can benefit significantly from the procedure. In other cases the patient faces the risk of disability of death.
The challenge is that thrombolytic drugs do not target the clot, but rather spread over the whole circulatory system. The organism begins to block a foreign enzyme, quickly diminishing its activity. Therefore, the drugs are injected in knock-out doses in hope that at least a small portion  will reach the blood clot on time.

"Now we are using a sledge-hammer to crack a nut”, says Ivan Dudanov, head of the regional cardiovascular center of Mariinsky hospital. “Dissolving a little blood clot that blocked a vessel of only 1-2 mm in diameter, thrombolytic drugs negatively affects the entire network of blood vessels. In order to change the situation, we decided to develop a method of targeted drug delivery that would allow us to considerably reduce the dosage and ensure that the whole therapeutic effect is focused on the clot."

The scientists produced a composite material, which can deliver thrombolytic enzymes in a safe and targeted manner. The new material is composed of a porous magnetite framework and molecules of urokinase – an enzyme frequently used in medicine as a thrombolytic agent. The composite can be used to create thrombolytic coating for artificial blood vessels and stable injectable solutions made of nanosized particles that can be easily localized near the clot by means of an external magnetic field.

Importantly, the magnetite framework also protects enzymes from various inhibitors that are present in the blood and can deactivate thrombolytic medications.

Andrey Drozdov, first author of the study and researcher at Laboratory of Solution Chemistry of Advanced Materials and Technologies notes: “Usually, in order to achieve a prolonged effect for such drugs, the enzyme is placed inside a polymeric matrix. The enzyme is then gradually released from the matrix and eventually looses all activity. We, on the other hand, experimentally demonstrated that enzymes protected using our approach do not lose therapeutic properties over extended periods of time and even after repeated use. The rate, at which the new drug can dissolve the clot outperforms unprotected enzymes by about 4000 times.”

The material is potentially safe for humans, because it is made of components that already have permission for intravenous injection. According to professor Dudanov, future drugs based on the new composite could be used not only for thrombosis treatment, but also for its prevention. Circulating in the blood even in small amounts, the enzyme can gently clean the vessels and will stay active for a very long time until it is naturally excreted through liver like an ordinary metabolite.

This work became a logical continuation of earlier studies devoted to the enzyme entrapment into sol-gel magnetite matrix and the production of magnetically controlled bioactive systems.

“In this phase of our project, we have demonstrated how the concept we developed works for more specific objects. We prepared a thrombolytic colloid and tested its effects on an artificial blood clots obtained from plasma and blood of humans, and thrombus extracted from patients. The results may soon allow us to try out the new thrombolytic system on mammals. Now we are preparing for preclinical studies,” concludes Vladimir Vinogradov, head of Laboratory of Solution Chemistry of Advanced Materials and Technologies.