“XVI International Feofilov Symposium on spectroscopy of crystals doped with rare earth and transition metal ions” took place in St. Petersburg on November 9-13. IFS’XVI dated for the centenary of Petr Feofilov`s birth as well as International year of light. More than 100 Russian and international researchers presented their papers there. 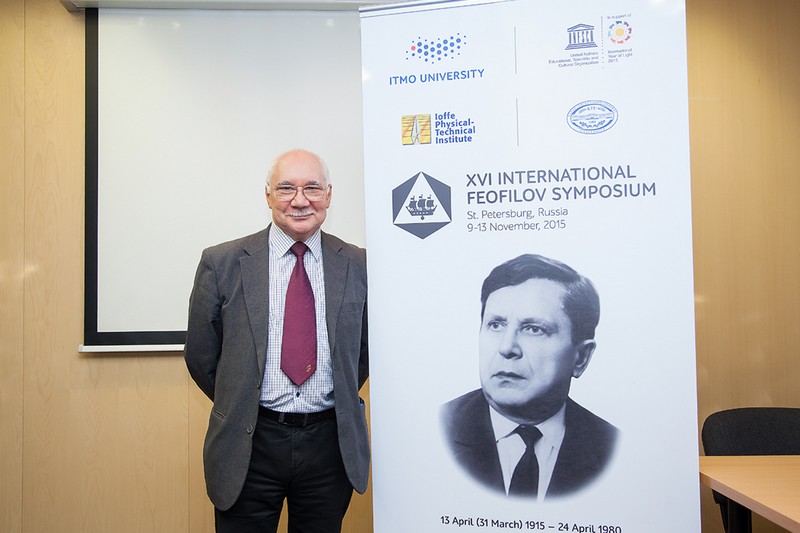 Petr Feofilov is one of the most famous soviet scientists who contributed to development of physics of crystals doped with transition metal ions by coming up with lots of inventions. In 1965 Mr. Feofilov initiated symposiums on spectroscopy of crystals. According to Nikolay Nikonorov, head of Chair of Optical Information Technologies and Materials and program committee`s head, some speakers shared reports on Feofilov`s research activities and achievements in order to honor the famous scientist.

“Usually Feofilov Symposium`s participants discuss fundamental topics. Currently we focus on very popular and promising field connected with development of optical materials based on ceramics and glassceramics. Being better than glasses and crystals these materials are the combination of the best their mechanical, optical and thermal characteristics. Most of repors were dedicated to spectroscopy of such materials,” said Mr. Nikonorov.

“Feofilov Symposium gives students an opportunity to get in contact with representatives of modern science so as to learn the most topical scientific fields,” shared Aleksey Rokhmin, deputy head of Chair of Optical Information Technologies and Materials. “It was the second time when ITMO University held Feofilov Symposium. We did it in 2010 so now we are happy to do it again when the centenary of Petr Feofilov`s is celebrated.”

Moreover this meeting was marked as an important research activity connected with International year of light.

“Feofilov Symposium is one of closing events of the Year. Georgy Poltavchenko, St. Petersburg`s governor, making his speech at official opening of International year of light that it was significant event,” noted Mr. Nikonorov.