METANANO-2016: Danish Scientist on Reasons for Investing in Science

The conference on the latest inventions in Nanophotonics and Metamaterials in Anapa is still going. So, is there a future for this field of science? Which research will get international funding and will be implemented by large companies? Andrei Lavrinenko, speaker for the conference from the metamaterials research group of the Technical University of Denmark shared his opinions on the subject. 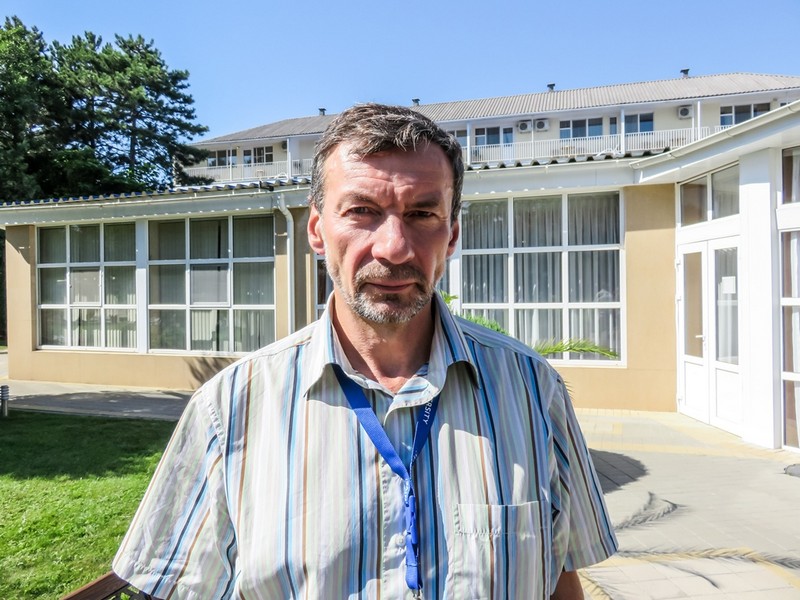 In what fields of science presented at the conference will the future top projects be? And will there be such projects at all?

Not so long ago, the EC announced a new flagship project - they plan to spend a billion dollars on it. This will be research in quantum optics. Five years ago, lots of funding was spent on graphene research, as well. The main task for today's scientists is to make a breakthrough in the quantum communications field - in essence, that would be creating a quantum computer. So, it became harder for scientists who work in different fields to get funding. And funding is everything in modern research. It's obvious that the quantum optics market is immense: if I were to create a quantum communication channel that can't be hacked into, I'd get loads of money.

Another trend in photonics ITMO participates in is biophotonics. This area deals with research functional possibilities of infrared rays in medium-wave band, for instance, for conducting different spectrometric measurements. In this field, the main materials will be traditional semiconductors from the IV group - silicon and germanium, which are already used in creating chips for different research. In general, everything related to silicon is implemented into industrial processes really fast.

What's more, scientists in the fields of metamaterials and nanophotonics are also working on creating different sensors for analysis, for instance, the analysis of the efficiency of chemical reactions and identifying biological objects, even on separate molecules level.

The famous Hypercycle that is published by the Gartner research company (a diagram that chronologically represents the technologies that are already ready-to-use and those that are only being researched, - ed.) showed that metamaterials as a field of science is already down low in the list. They were really popular not so long ago, metamaterials and their properties like invisibility were named the discovery of the year and such, but these times are gone. Now metamaterials science faces a dilemma: they will either fade away and remain only an interesting concept, or some breakthrough will lead them to being at the forefront of innovative development.

As of now, what particular research is being financed by large companies?

The most important thing you have to keep in mind in order to understand this question is that all companies count their money.  They won't invest in something that can't be applied. For example, Intel and IBM fund communication chips based on silicon photonics - as this can increase the computer's performance. This research is technology-oriented, and can soon be implemented and sold. That's why companies believe in silicon photonics.

Would we be able to find a pharmaceutical giant that would invest in intensive research in medium-wave brand? Molecular infrared spectroscopy was developed a long time ago, and it already can effectively treat patients. The situation might change if, for instance, strains of multi-resistant bacteria will become widespread - those can’t be killed with even the strongest antibiotics. Then, pharmaceutical companies and the health care system in general will face a pressing problem: how to deal with them, and using what? Then, additional research in infrared radiation will be financed by medical and pharmaceutical giants.

Let’s talk about the past few years. Which projects were successful and what contributed to their success?

There are always lots of ideas. And each is presented in a way that it is something that will save mankind. Such ideas wither fast. Why does it happen? Many universities have a system that evaluates the staff's efficiency based on publications in scientific magazines. The higher the magazine's rating - the higher the score. This leads to a large number of speculative publications: each article proclaims that its particular research will change people's lives, cure all diseases, etc. Five years is too short a time to sift through this research, and eliminate such unsubstantiated research. Metamaterials, photonic crystals and plasmonics research are also yet to eliminate this as well.

In my point of view, a great invention in photonics was the creation of sources of radiation of medium-wave band. Why it became possible? Because the traditional sources were not enough for complete analysis of optical properties. The new medium-band sources are much more powerful and have unique properties.

I also want to note that professor Belov's group's work in photonic silicon technologies at ITMO university is an interesting area.

How exactly do companies and funds form criteria for financing scientific research?

Societal demands play an essential role. In the very same medical research such requests can be related to new challenges, for instance, such as the spread of the Zika virus or bird flu. People are ready to pay lots of money for drugs, so apart from governmental funding, many companies invest in the field. I can give a different example of the demand for science as well. What, do you think, is now a crucial time for computer science development? Computer games. It's an industry worth billions, rich with "live" money. This leads to modernization of computer graphics, AR technologies, to a great increase in computational speed. Scientists work on creating neural networks, so that computations will be made at the same speeds as that of neurons in the human brain. And the first area of application of this new way of organizing computations will be gaming technologies, not universities' computational clusters.

Figuratively speaking, if the question before sponsors and investment funds will be: whether to create new optical communications systems or research new ways to treat brain diseases - what will they choose? A lot has already been done in the field of telecommunications, and its development is stable. And what if one succeeds in creating a pill for Alzheimer? I believe that the choice is obvious.