A group of scientists from ITMO University Russia has developed a novel approach to the construction of quantum communication systems for secure data exchange. The experimental device based on the results of the research is capable of transmitting single-photon quantum signals across distances of 250 kilometers or more, which is on par with other cutting edge analogues. The research paper was published in Optics Express journal. 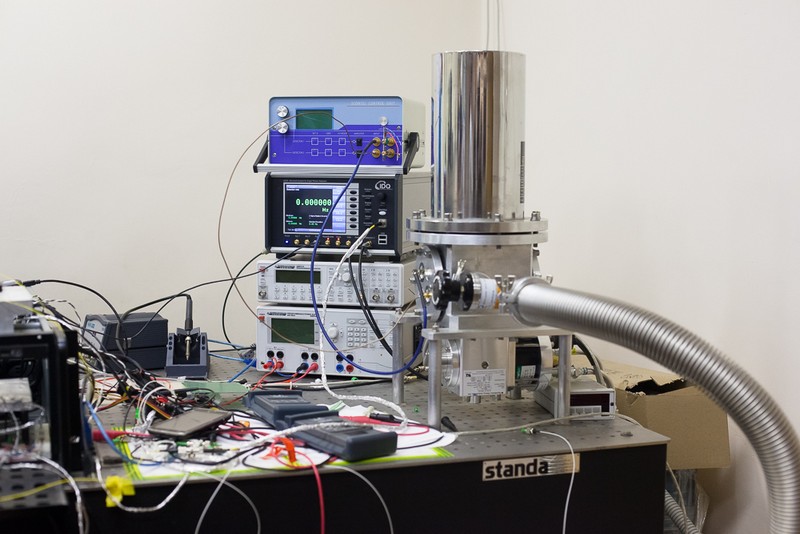 Information security is becoming more and more of a critical issue not only for large companies, banks and defense enterprises, but even for small businesses and individual users. However, the data encryption algorithms we currently use for protecting our data are imperfect – in the long-term, their logic can be cracked. Regardless of how complex and intricate the algorithm is, getting round it is only a matter of time.

Contrary to algorithm-based encryption, systems that protect information by making use of the fundamental laws of quantum physics, can make data transmission completely immune to hacker attacks in the future. Information in a quantum channel is carried by single photons that change irreversibly once an eavesdropper attempts to intercept them. Therefore, the legitimate users will instantly know about any kind of intervention.

Researchers from the Quantum Information Centre of the International Institute of Photonics and Optical Information Technology at ITMO University along with colleagues from Heriot-Watt University in Edinburgh have devised a new way to effectively generate and distribute quantum bits. This is the first system in Russia, which can compete with the best existing analogues and makes it possible to share quantum signals via optical fiber across a distance of 250 kilometers.

“To transmit quantum signals, we use the so-called side frequencies,” says Artur Gleim, head of the Quantum Information Centre at ITMO University, “This unique approach gives us a number of advantages, such as considerable simplification of the device architecture and large pass-through capacity of the quantum channel. In terms of bitrate and operating distance our system is comparable to absolute champions in the field of quantum communications.”

The very possibility of stable transmission of quantum signals through fiber optical channels is instrumental to subsequent integration of quantum key distribution systems that will be used to secure useful data.

According to Robert Collins, research associate at the Institute of Photonics and Quantum Sciences at Heriot-Watt University and one of the authors of the study, the work may become a big pivot point for the whole field of quantum communication and cryptography: “Down the track, this new approach can enable smooth coexistence of numerous data streams with different wavelengths in one single optical cable. On top of it, these quantum streams can be fed into the already existing fiber optic lines along with conventional communications.”

In order to encode quantum bits in the system,laser radiation is directed into a special device called the electro-optical phase modulator. Inside the modulator the central carrier wave emitted by the laser is split into several independent waves. After the signal is transmitted through the cable, the same splitting occurs on the receiver end. Depending on the relative phase shift of the waves generated by the sender and the receiver, the waves will either enhance or cancel each other. This pattern generated by overlapping wave phases is then converted into the combination of binary digits, 1 and 0, which serves to compile a quantum key.

Importantly, the scientists have achieved high stability of the relative phase shifts of the signal in the system. “All waves undergo random changes while passing through the fiber,” explains Oleg Bannik, one of the authors of the study and researcher at Quantum Information Centre, “But these changes are always identical and get smoothed over during the additional run through the receiver’s modulator. In the end, the receiver observes the same combination as the sender.”

Now the researchers are on the mission to create a full-fledged quantum cryptographic system, which will generate and distribute quantum keys and transmit useful data simultaneously.