Russia’s First Multi-Node Quantum Network: the Next Step for Quantum Communications of Tomorrow

Researchers from ITMO University and Kazan Quantum Center launched Russia’s first multi-hub quantum network. The joint pilot project is most important for the development of quantum communication in Russia, and is to become a technological basis for the national scalable quantum communication infrastructure. Kazan’s quantum network is completely based on technological solutions developed by Russian researchers. The network is equal to its international peers and, by some properties, surpasses them. 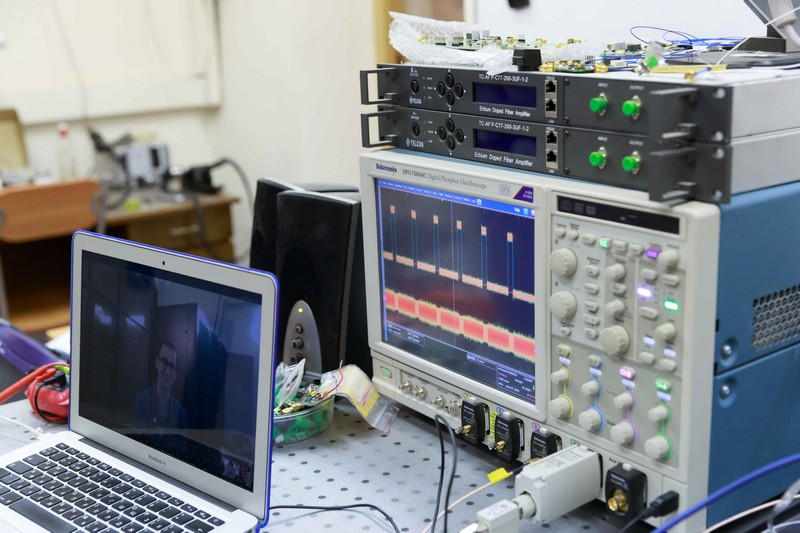 As of now, the security of communication links is based on specialized mathematical algorithms. However, one can eventually crack even the most complicated algorithm. That is why scientists from all over the world develop quantum communication systems based on the fundamental laws of quantum physics that offer a safe method of information exchange. This approach makes it almost impossible to hack communication lines, because single photons are used to carry information. A user detects a hacker attack immediately, for if someone tries to intercept the data the photons transform completely. Quantum communication systems will become a foundation for a new generation of network security systems, which will be in great demand among all institutions that need to exchange confidential data – financial, governmental and industrial. In the nearest future, quantum communications are to be integrated into the Internet of Things concept.

Kazan quantum network project is the first one in Russia – its’ communication link unites four communication hubs that are 30-40 km apart from each other. As for now, the first part of the network, which connects two campuses of Kazan Quantum Center, has been launched. The pilot segment has managed to generate sifted quantum sequences at the speed of 117 kbit/s in a line 2.5 km long, which is times higher than in European quantum network projects. The experiments resulted in quantum bit transfer in an optical channel with only 20dB loss, which is equal to the distance of 100 km. It is very important that Kazan project is based on facilities of acting fiber optic communications unit using a telecommunication infrastructure produced by “Tattelecom” public company. “This network is a pilot project, which aims to gain field experiment including testing of technology and training of quantum channels’ integration into the acting telecommunication infrastructure as well as quantum network scaling. All of these tests are conducted using acting urban communication lines,” noted Artur Gleim, head of ITMO’s Quantum Informatics Lab of the International Institute “Photonics and Optical Information Technology”, - “For our country, it is a most important step in the development of quantum systems of complex configuration and topology, adapted for the needs of communication providers and end users.”

Sergei Moiseev, head of Kazan Quantum Center, noted that the network consists of only unique components developed by Russian scientists – from the approach to engineering solutions. “There are only several projects of this type in the whole world because they have to be developed by leading research centers that use cutting edge technologies in the field of photonics, quantum information science and network information as well as collaborate with industrial institutions. The network is equal to its’ international peers and, in some ways, surpasses them.” According to Artur Gleim, the development of modern quantum communications infrastructure can be compared with the growth of Russian Internet from the time when RUNNet project has appeared: the launching of pilot network segments connecting universities will provoke a new technological breakthrough and appearance of new markets. These changes will result in the creation of a network infrastructure of the new generation. It is expected that in 5-10 years quantum communication will have left laboratories to become an integral part of everyday life as, for example, broadband Internet or mobile communications.

The project is supported by National Technological Initiative and Consortium for Quantum Technologies Safe Net, which aims to develop new personal network security systems and quantum communications in Russia.