Scientists from the most promising field of science came to participate in the METANANO-2016 international conference in Anapa. Quantum communications and everything related to them is the latest trend in science that is already being implemented and gets funding from many sources. For instance, the UN is planning to invest a billion euros into quantum technologies. Alexey Rubtsov, a visiting scientist at METANANO, leads a research team of the Russian Quantum Center and is also a professor at Moscow State University and Chief Research Associate for the All-Russian Research Institute of Automatics (VNIIA). In an interview for our portal, he talked about his research, the development of quantum technology in Russia and its possible applications. 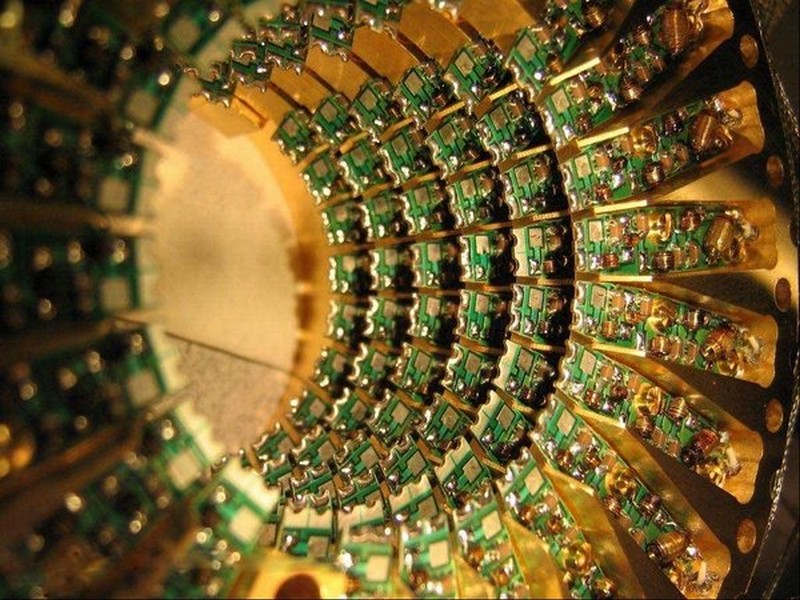 I'm a theorist. I research quantum many-particle systems and phenomena. I guess that I don't have to explain what "quantum" means; "many-particle", on the other hand, requires explaining, as it's not about just the multitude of particles. The interactions between particles are even more important - they lead to different collective effects in such systems, and those are really hard to describe.

The application of quantum technologies

I've been researching quantum modeling of materials, predicting their properties for a really long time. Such research is essential for drug design, new technologies of energy accumulation and storage, catalysis - it's a vast field of science. Also, now quantum informational technologies develop really fast. In devices that use them the information is stored in so-called qubits, simplest quantum systems that have two conditions and can stay in these condition's superpositions for a very long time. The question is how do these systems act under different conditions? Quantum technologies for everyone

Quantum technologies come into our everyday life. The simplest example is flash storage devices. In solid-body data storage devices the bytes of information are stored as a charge that is implanted into the insulator - silicon oxide. To rewrite the information, you first have to remove the existing one. To remove the charge from the oxide, quantum tunnel effect is used: the electrons escape the electric field. This is a piece of quantum technology everyone uses. What's next? Speaking of industry, quantum technology are already being implemented: quantum communication lines that gradually come into being (though experimental in nature); metrology - new frequency standards that are based on isolated cold atoms.

All new drugs that are being produced are first developed using computer modeling. During this process, scientists define how these or those molecules will act. The new medication has to consist of the "delivery" element - a biochemical entity that will deliver the drug to the particular organ, and the acting agent that will launch the necessary chemical reactions in the organism. Using modeling, scientists can understand what they want to synthesize, and then chemists create the entities. Naturally, the predictions are not 100% true, but they speed up the process considerably, as well as reduce costs.

The work methods at Quantum Center

Russian Quantum Center was created according to international standards. Its staff is engaged in two areas of work. First is fundamental research. The second has to do with the application aspects of quantum technologies and implementation of inventions. We introduced the American spin-off model at some point - when young staff members create their own companies on the base of the university for commercializing research results. This approach has become popular in Russian universities as well. We totally lack people - we've lost lots of competencies. The problem is that "brain drain" is still a reality. And this depends not on money only. Talented scientists want to work at world-renowned scientific centers. Surely, we work hard on creating our own advantages. I have to admit that "brain drain" is to some degree a natural process - the problem is its scale. It's most important that we get foreign scientists in return. There are some, but few: I have a young scientist from Austria who's come to work here for several years, previously there was one from Portugal.

The competencies that we lack can and should be compensated via international cooperation, the Russian-speaking community of scientists who work at foreign scientific centers in particular. There are lots of them there. They are people that won't refuse to help if one uses a proper approach. It's stupid to expect a scientist who has been successfully working in Germany to come to work in Russia because you'll offer more money. But you can ask him to come present some lectures as it will be the optimal way.