A Women’s Job: ITMO’s PhD Student on Her Award-Winning Project

During the recent «Science of the Future — Science of the Young» nationwide forum in Kazan, ITMO's PhD student Daria Pogorelaya got silver in the report contest. In an interview to our portal, the young scientist shared more about her research. 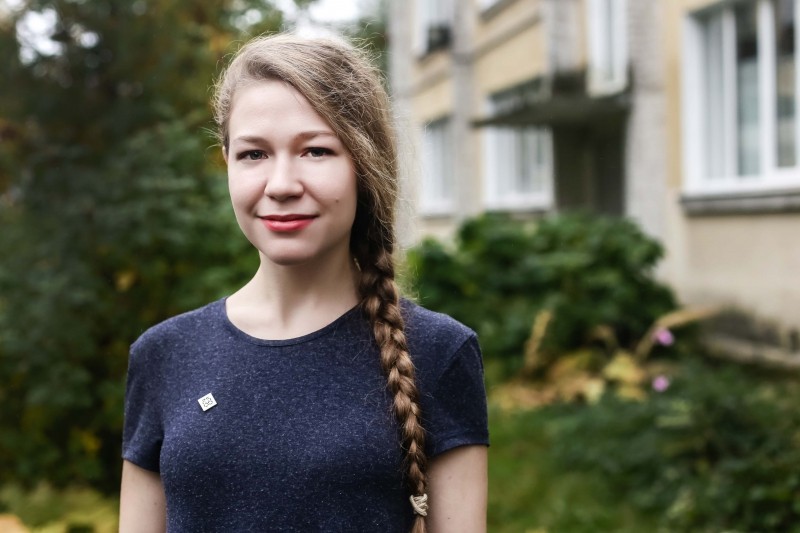 ITMO's Department of Optical Networks and Measuring Systems where Daria studies deals with creating different types of sensors; one of its recent projects was a high-accuracy fiber-optic gyroscope based on the so-called Sagnac effect. If one takes a closed fiber optic circuit and splits a beam, leading it into two opposite directions, the resulting beams will meet halfway through. Yet, if the circuit is rotating, the beam that goes in the direction opposite to the rotation will pass less distance, and vice versa. As a result, the wave phases will shift in respect to each other, and thus the angular velocity of the circuit can be calculated. The gyroscope uses three sensors based on this principle. Each has about two kilometers of optical fiber and works in a different plane.

If you put such a device on the floor, it won't show you «zero» but the value that equals the angular velocity of the Earth's rotation. It doesn't require external reference, as navigation systems based on GPS and GLONASS technologies do — it only has to know the pivot point. The Department's industrial partner, JSC State Research Center of the Russian Federation, Concern CSRI Elektropribor, manufactures such devices for inertial navigation systems used in ships. The work on a fiber-optic gyroscope has been going on for several years already; more than 70 researchers participate in the project. Daria Pogorelaya works on modeling the processing of the signal to account for noise and compensate the possible distortions.

«The properties of the optical components of the system change with the external conditions, pressure or temperature, for instance, and that's essential for work of these precision devices. Let's say, heat affects the sensor's scale factor. We empirically measure these regularities, input them into a computer model and then decide on how to compensate them using algorithms when processing the signal, — explains Daria Pogorelaya. — I like to joke about such modeling being a women's job, as my task is to disturb the ideal model, to induce parasitic effects — and then think how to deal with it all».

Daria presented her results at the Second Nationwide Scientific Forum «Science of the Future — Science of the Young» that took place in Kazan from September 20th till 23rd. The young scientist took 2nd place in the report contest in the «Physics and Astronomy» category, yeilding only to a representative of the Kazan Federal University with his research on defining centers of mass of celestial bodies. «Our department conducts many parallel studies, and I try to partake in all of them, — shares the PhD student. — I create models, I search for algorithms that can compensate any drawbacks. Optical components that we manufacture often have parasitic effects. Surely, one can order equipment from abroad — but I believe that we have to develop our own industry. We shouldn't spend money on something that can be compensated by processing algorithms».

If you're interested in how precision fiber-optical gyroscopes are manufactured, you can read more about it here.