After getting a VR headset, you often face a common problem: you’ve already tried a few games, a ride on the roller-coaster... What's next? There are a few good VR apps and lots of bad ones that are more like demos or just don't work at all. So, we've decided to give you a list of VR applications we liked - like those that let you immerse into one of Bosch's paintings or relieve your summer vacation experience. 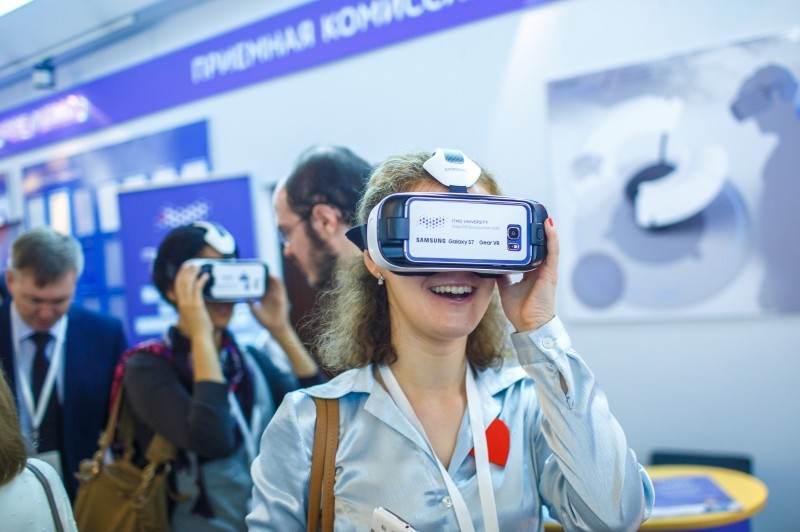 Apps from Google are always among the top choices for a VR headset - be it a hi-end piece or something created on our own using internet as an aid. YouTube's official app lets you see the launching of Apollo-11, visit USA's national parks or concerts and exhibitions filmed by the Video360Production's team; Google Street View can teleport you to any place on the planet (if it has already been shot), and the Cardboard app can unite all these apps into one. Cardboard also allows you to adjust your smartphone to work with a specific headset; it supports a constantly accumulating list of compatible applications, as well. Those who use Android for their smartphones should also check the Cardboard camera: it stores memorable moments so that you can re-live them later.

The app that stores videos from the Within company (formerly VRSE). Chris Milk, the company's founder, believes that VR is not just something that is to be used for fun and videogames. During one of the TED conferences, he shared his opinion that VR helps people share their feelings and emotions, makes people closer and more humane. Just watch the short film "Clouds over Sidra" about the life of a twelve-year-old girl from Syria in a refugee camp (it’s available in a browser as well), and you'll understand what he means. Within does not focus on documentaries only: there are other videos as well, for example a psychedelic video clip Stor Eiglass or an underwater tour on the language of dolphins and cachalots.

In 2013, one of the app's developers visited the Zion National Park and understood that he wanted to get back there - at any time, from any place. This is how Jaunt was created, an aggregator for 360-videos (the main requirement for them is maximum realism and sense of immersion - the team itself calls it “VR experience” and nothing else). They are all divided by categories - sports, news, music, etc.

The New York Times brings journalism to a different level: they've decided to expand the reporter's standard equipment so that the audience could re-live the experience from the center of action - for instance, the assault on Fallujah, Iraq, in 2016. The Guardian also released its VR-app, but it doesn't show news. 6x9 is an attempt to show the harm done by single cell confinement where the convicted spends years of their life.

A visual-poetic experiment based on English poet Siegfried Sassoon's poem "The Kiss" transports you on the Somme river banks during World War I. Its developers, the BDH studio, developed one more VR-journey - this time to Bosch's Garden of Earthly Delights (though you only get to experience the left part of the triptych in the free version). Another aggregator for 360-video and VR apps. Its main advantage before Cardboard and YouTube is that the developers added an essential option: you don't have to take off the headset and use your smartphone to switch the video.

The best action videos filmed on GoPro in an official app of the legendary camera's manufacturer. It will let you fly in a wingsuit, ride a sport bike or snowboard from a mountain even if you've never done any sports except for chess.