From Scientists to Entrepreneurs: Future Technologies Bridges the Gap

Graduates of ITMO University’s Future Technologies Accelerator program were amongst the winners, announced in early March, of the “Start” program, a fund established for the small business development in the field of science and technology. The teams ColorIT, InNavi and Brelock will each receive two million rubles each for the successful advancement of their projects. 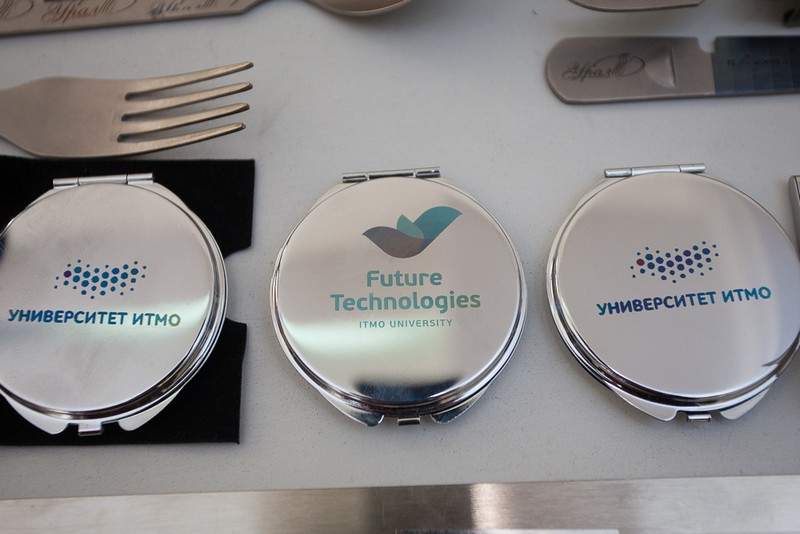 According to the managing partner of the Future Technologies Accelerator Sergey Melchenko, “Start” is focused on commercializing scientific R & D. One of the most common scenarios for involvement in the program starts with a scientist with ideas and research results, a desire to translate this idea into reality, knowledge of the relevant industry, and then submission of an application which justifies the scientific, technical and economic potential of the project.

The Future Technologies Accelerator at ITMO addresses a need of many young scientists.  Often, a sound knowledge of science is not supported by the necessary understanding of the industry. To fill this gap, young scientists often turn to the internet which does not always bridge this gap.  Young innovators trained through the Future Technologies Accelerator are therefore more adequately prepared for the marketplace. "Before applying for the "Start" program, our young innovators went through a few months of training in our accelerator. Individually, they gathered information about the industry. The outline was as such: they explained to us who they see as their audience and clients, scheduled consultations with certain companies and after a week they reported on the results of the meetings. We advised them what to do next. After that they tried to understand how they can share information with clients – participating in exhibitions, to make a landing page. So within a few months, experience was built up for live communication with our future clients. So by the time they have finished at the accelerator and are filling out their application for “Start”, their economic knowledge is comparable to their scientific knowledge," – says Sergey Melchenko.

Those who participate in the accelerator not only develop practical skills but are also taught theory – so that relevant business terminology becomes more understandable to young startupers. The participants of Future Technologies, while working on projects, develop previously unknown skills: they do “cold calls”, set up business meetings, and learn how to correctly present their R & D.

Dmitry Zamaruev, the founder and director of the Brelock project, involved in making the “smart” key for a building’s entry system, shared that as a result of the grant, the team has announced two new features of their system. The first, to ensure adequate security there will be encrypted data between devices (the smartphone and the specially developed controller that controls the locks). Secondly, they want to get their project involved in the Internet of Things to enable the network to be connected to their devices. This, according to Dmitry Zamaruev, expands the possibilities and the functions of Brelock, and enables them to open many more doors (not only for buildings).

The team intends to use two methods for commercialising their idea. For the first feature, that will be set up for apartment buildings, the key will be sold through an application. The second option involves the sale of ready-made solutions for suburban areas, offices and even boom barriers. Although these young entrepreneurs have been working effectively together for some time, they are also expecting applications from professionals who will be able to join their team. The team who prepared the navigation system, InNavi, also winners of the competition, would also like to develop their product further. The team plans to bring their innovation into the everyday life of the university: in order to make it easier for students to get around the winding corridors, they will make a navigation system for finding their way between classrooms and lecture theaters. With the help of the application, students and staff will easily be able to find any room, first in the Birzhevoy campus, and then, possibly in other ITMO University buildings.  The navigation project will most likely be launched in September, before which it will be necessary to solve a variety of organisational and administrative issues.

"The grant gives us one year to implement the first phase of the project. If it is successful, “Start” will provide us with additional payments of the same or a higher value. To be successful, we will need to modify the design, and customise the application not only for iOS but also for other operating systems. Naturally, for this to work, we need technical equipment, advertising for a successful launch, as well as salary for the developers. Through this whole process we will follow our business plan closely," said one of the creators of inNavi, Andrei Berezhkov. The ColorIT startup team, which includes employees of ITMO University’s Chair of Laser Technology and Instrumentation, intend to use the funds to develop a prototype for a hardware-software system, made up of a laser marker and specially designed software. The prototype will allow for colour images to be printed on metal. The second task is the extension of the quantity of materials with which scientists can work with. At the moment there is a fundamental limitation, the technology can only be used on oxidizable metals and alloys. The project team hopes to increase the number of potential materials that can be used to several tens.

“It goes without saying, without the Future Technologies Accelerator we wouldn’t have received this grant. It helped us with preparing our application, and what we learned in the Accelerator gave us an understanding of the industry and a clear plan of how to develop further,” – noted the deputy director of the project, Eduard Ageev.

Journalist
The article relates to