ITMO University team got a silver medal at the world's most prestigious student sport programming contest АСМ ICPC. The final stage of the competition has finished today on Phuket, Thailand. 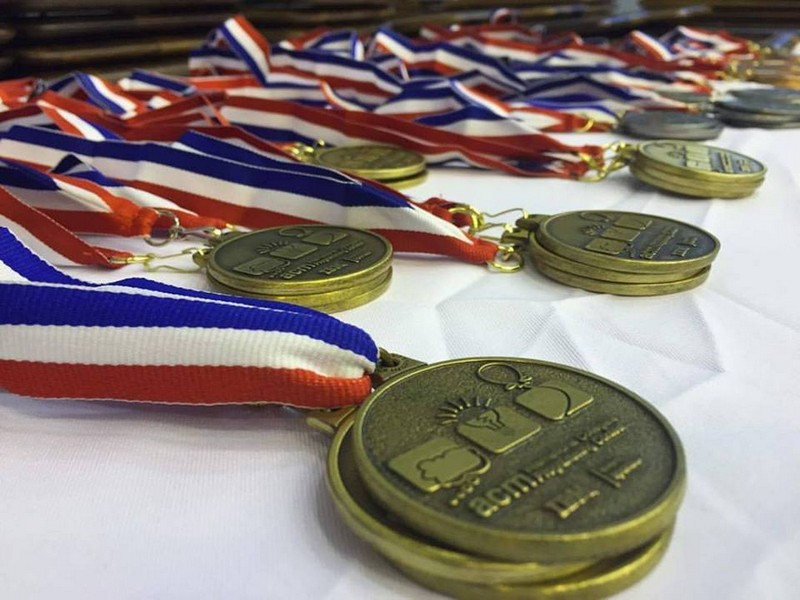 A record 40,266 students from 2,736 universities representing 102 countries fought for the right to enter the 2016 World Finals. 128 teams competed in the deciding meet of ACM ICPC, of them 12 were from Russia: three from Saint Petersburg, four from Moscow, and one from each of the following cities: Yekaterinburg, Nizhniy Novgorod, Saratov, Arkhangelsk, and Innopolis (the Republic of Tatarstan). ITMO University was represented by students of the Information Technologies and Programming Department Anton Kovsharov, Vladimir Smykalov, and Adam Bardashevich, a bronze winner of the 2014 contest. “We’ve shown outstanding results this year, with so many representatives of our Northeastern European region being among the leaders: from Russia alone, there are five medalists. This is a very pleasant trend”, says Lidia Perovskaya, tutor of the Computer Technology Chair of ITMO University.

The abovementioned cast of ITMO University team had been preparing for the ACM ICPC Finals since October, 2015, participating in regional competitions and solving problems from previous years' contests. The participants had to solve 11 problems over 5 hours. A problem consists of a legend (a description of a made-up situation), examples of test data and formal constraints. To solve it, the team should first "translate" the problem into a mathematical language; then the participants work out the algorithm of the solution and write the code. The team trained for around 15 hours a week on average. The ITMO University team was coached by Andrey Stankevich, Associate Professor of the Computer Technology Chair, PhD, who has trained many "star" programmers. This year, he became one of the two coaches to receive the prestigious ACM ICPC Senior Coach Award for getting his students through to the finals for 15 years in a row.

Thousands of people from all over the world followed the ACM ICPC World Finals in real time via an online broadcast that was also managed by ITMO University this year. The live broadcast from ACM ICPC was just as exciting as broadcasts from largest sporting events.

The ITMO University team introduced a number of technical novelties into how the online broadcast was organized: instead of standard video production technologies that were applied before, more interesting and modern solutions were offered, such as live streaming to Youtube and twitch (the world's largest video platform for gamers), using powerful computers and VLC/ffmpeg software for video processing and editing.

Apart from the video of the hall where the competition took place, the viewers could also see a picture from webcams