On November 9, 2016, the French embassy in Moscow hosted a formal event commemorating several dates — the 50th anniversary of French-Russian cooperation in the field of science and innovations, the 20th anniversary of cooperation between CNRS and the Russian Foundation for Basic Research, and the 10th anniversary of cooperation between CNRS and Russian Foundation for Humanities. During the event, scientists who greatly contributed to the development of French-Russian relations were awarded with Ordre des Palmes Académiques — a French award for distinguished academics and figures in the world of culture and education. 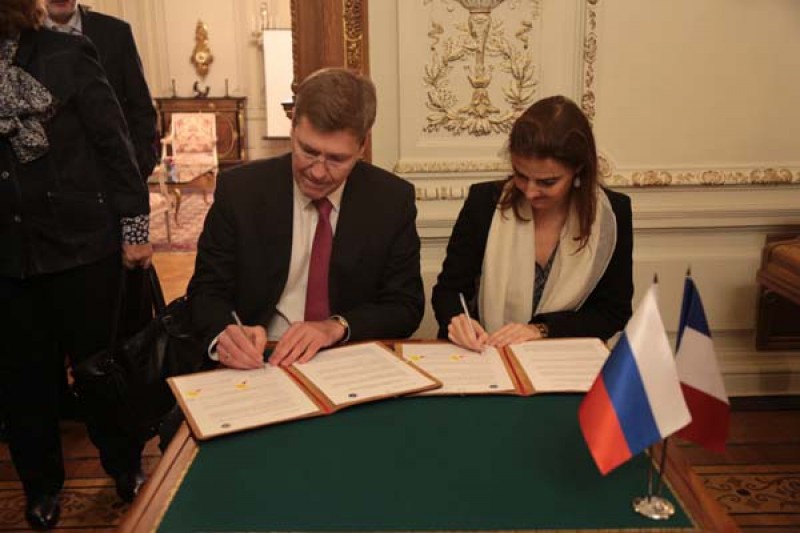 The event was opened with the signing of a Memorandum of Understanding between CNRS and ITMO University, dedicated to collaborative research in the field of high technologies for restoration and preservation of objects of historical and cultural heritage. There already are projects conducted within the framework of this collaboration — those have to do with developing and introducing technologies like VR tours, historical 3D reconstructions, panoramic 360 videos and interactive VR programs that use photometric stereo and laser scanning technologies. Such technologies can also be used to help professionals prepare exhibitions or for working with archives.

The results of French-Russian research conducted by ITMO's Design and Multimedia Center in collaboration with Laboratoire de conservation de Draguignan and the PERAZIO Engineering Company were presented during the Electronic Imaging & the Visual Arts (EVA-2016) international conference organized by ITMO University, the State Russian Museum and the University of Florence.

The memorandum was signed by Vladimir Nikiforov, vice-rector for Academic Affairs, and Ms. Hélène Naftalski, the regional representative of the CNRS, in the presence of the French ambassador Jean-Maurice Ripert, professor Alain Schuhl, Head of CNRS's Institute of Physics, as well as French and Russian leading scientists and the embassy’s staff.