On 9 January 2014 ITMO presented the first-year results of the project for the development of a network of startup accelerators to the Board of Directors of the US-Russia Foundation for Economic Advancement and the Rule of Law (USRF). The meeting of the Board of Directors was held in Los Angeles, California. 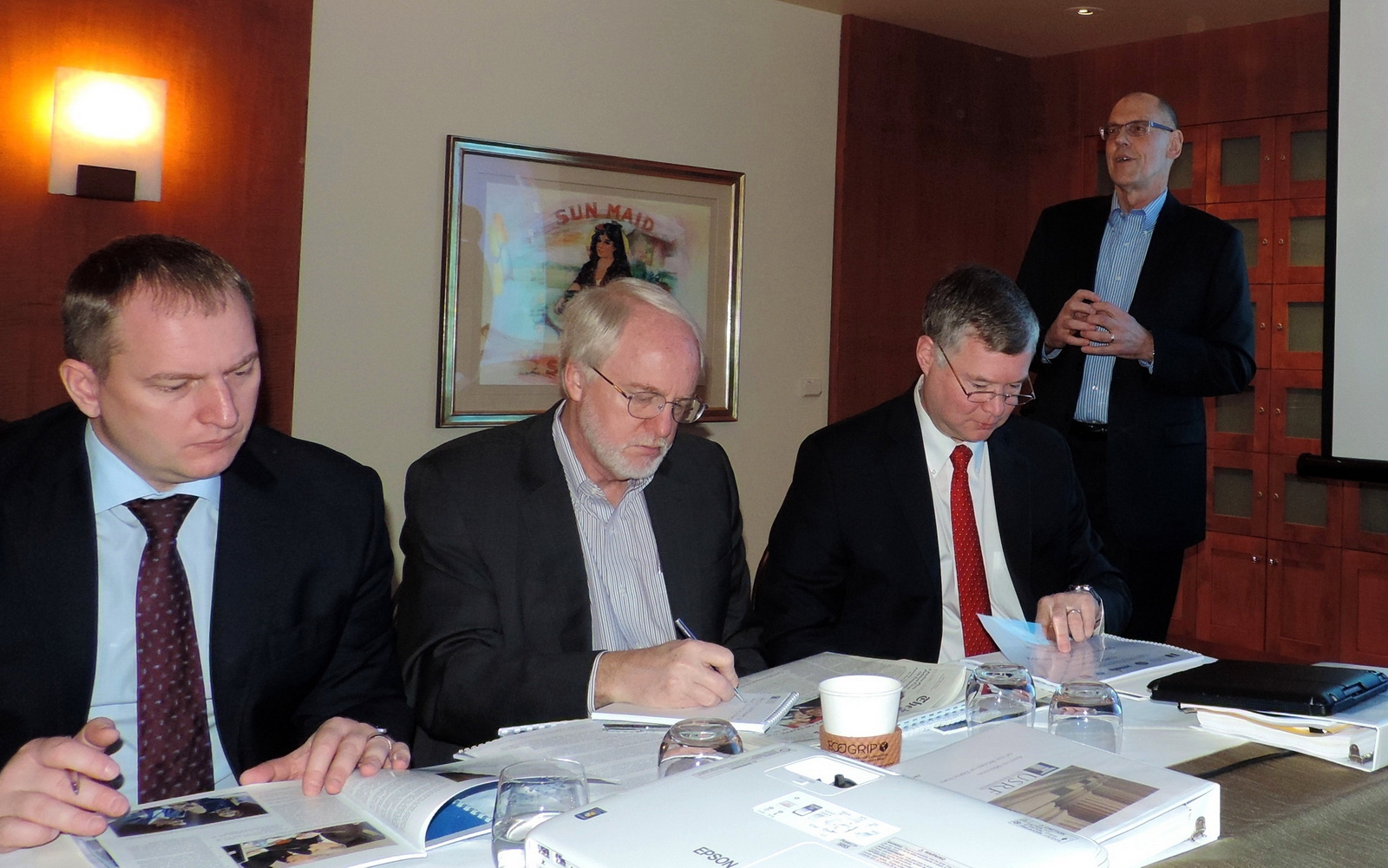 This project is being carried out by a consortium comprised of ITMO, the University of California, Los Angeles (UCLA), and the National Research University “Higher School of Economics” within the guidelines of the Eureca Program. At the meeting, it attracted much attention from the Board of Directors. James F. Collins, United States ambassador to Russia from 1997-2001, and John R. Beyrle, ambassador from 2008-2012, attended the meeting. Also in attendance were the Vice President of Sberbank of Russia Sergei Borisov, founding partner of Almaz Capital Partners Charles Ryan, managing director of the Insitute of Corportate Law and Governance in Moscow Dmitrii Vasiliev, Ford’s Vice President of international affairs Stephen Biegun, and other members of the Board of Directors.
Other Program partners, including Lobachevsky State University of Nizhni Novgorod, the New Eurasia Foundation, and American Councils for International Education also presented their project proposals for 2014.
During its visit to the US,  ITMO team held working meetings with US partners.  At the meetings, they discussed the character of the partnership for 2014 in relation to ITMO’s program to increase competitiveness from 2013-2020 (so called "5-100-2020" Program).
You can view the materials, presented to the Board of Directors, on USRF’s website: http://usrf.ru/news_feed/general_rus/news_article_1390291493.html
To find out more about the results of the consortium led by ITMO: http://eureca.ifmo.ru/?page_id=76
ITMO Press Office
Back to top