May, 7, 2014 a new production site, created by CJSC "Diakont" in cooperation with the ITMO University, was opened in the presence of Governor of St. Petersburg Georgy Poltavchenko. New production facilities are focused on production of hi-tech electromechanical actuators. 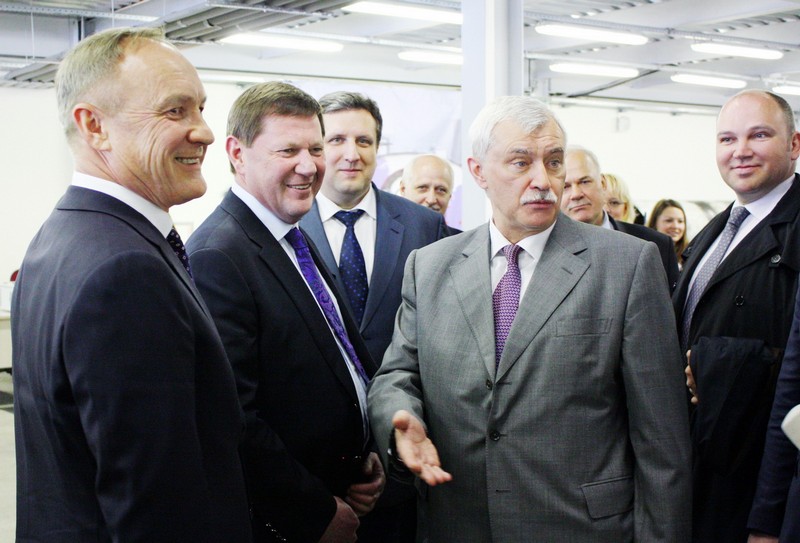 May, 7, 2014 a new production site, created by CJSC "Diakont" in cooperation with the ITMO University, was opened in the presence of Governor of St. Petersburg Georgy Poltavchenko. New production facilities are focused on production of hi-tech electromechanical actuators.

General Director of CJSC "Diakont" Mikhail Fedosovskiy and the Rector of the ITMO University Vladimir Vasilyev conducted a tour of the factory and new production areas for Georgy Poltavchenko. The guests began acquaintance with innovative production with a tour of the plant of precision metal centers, then they went to the courtyard of the factory to see the demonstration of a mobile laboratory-line inspection.  The laboratory was created by CJSC "Diakont" and is a unique high-tech solution to ensure the safety and efficiency of heating systems in St. Petersburg. Visitors also saw optical assembly workshops and automated electrical installation.

Georgy Poltavchenko highly appreciated the work of the industrial complex: "Enterprise "Diakont" is an example of one of the most successful innovative enterprises in St. Petersburg, which solves the problem of the creation of high-tech industries, raised by President of Russia". The Governor said also: "Particularly pleased that the company "Diakont" successfully cooperates with the country's leading national research ITMO University."

Special attention in the process of familiarization with the activity of the company was paid to robotic complexes, radiation-resistant TV cameras and superior international standards of electromechanical actuators. They were created in collaboration with the ITMO University during realization of the complex project on creation of hi-tech production in the Order of the Government of Russia ("On Measures of State Support of Development of Cooperation of Russian Higher Educational Institutions and Organizations Implementing Complex Projects in High-Tech Production Creation").

It should be noted that long-term mutually advantageous cooperation between CJSC "Diakont"  and the ITMO University has led in 2012 to the opening of the basic master Department of the University based on the enterprise "Diakont" called "Systems and Technologies of Technogenic Security". The Department is engaged in preparation of masters and postgraduate students and implements joint scientific-technical and innovation projects.