Professor Paul Urbach, the head of the Optics Research Group at the Delft University of Technology (Netherlands) and Professor Jyrki Saarinen, the founder of the «From 1 to 1000» company held the first session of the a three-day series of lectures at ITMO University on Dec. 17, 2014. 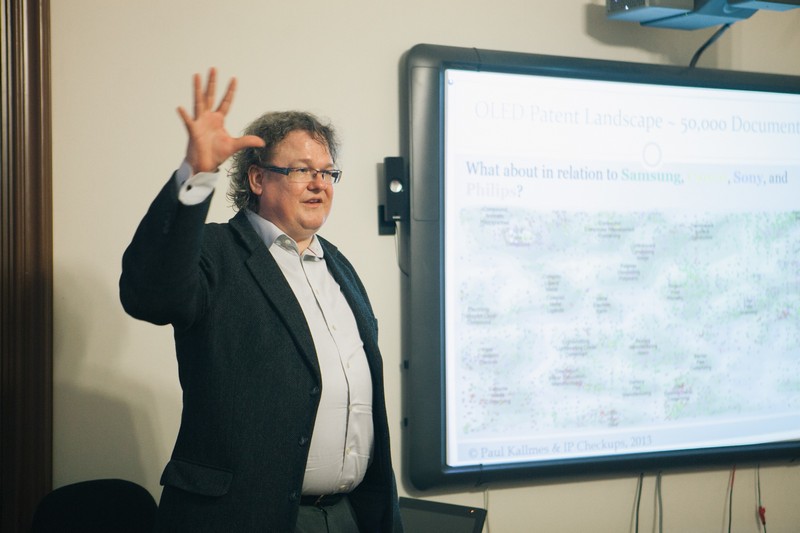 Honored guests were welcomed by Stephen Hagen, the vice president for the ITMO University change management, and Yuri Kolesnikov, the vice president for academic and organizational and administrative work. They described to Paul Urbach and Jyrki Saarinen the changes taking place in the university and the main directions of its development. It is not the first time when European scholars visit St. Petersburg. This time they came not only to deliver lectures to staff and students. "We see each other on every significant for the development of optics and photonics event,” said Irina Livshits, the head of the computer-aided design of optical-information and energy-saving systems laboratory of the ITMO University, who has known the honorary members of the European Optical Society for more than ten years. “I hope that our personal good relationship will help to establish professional cooperation with the ITMO University.”
The first day was devoted to the scientific "microclimate" in Europe and the possibility of business projects in the field of optics.
Paul Urbach is not only an employee of the Delft University of Technology, but also a representative of a number of scientific organizations, including:  the International Commission for Optics, the Advisory Committee on Metrology of the Government of the Netherlands, URSI Committee in Netherlands, and IOP Photonic Devices.
Professor gave three reports. Two of them were devoted to the Delft University of Technology and its research projects. Also, Paul Urbach noted that the Dutch university has much in common with ITMO University, noting high professionalism of its faculty.
"I know Irina Livshits for many years and have visited her already in the ITMO University several years ago," he said. "Now I came again and noticed how much the ITMO University has changed. I really want you to continue to develop in the chosen direction, while not forgetting about the traditions that have always been in your university. First of all, I mean some serious fundamental research. Don't try to be too ‘foreign’."
Jyrki Saarinen’s speech was devoted to the promotion of innovations and development of small business in higher education. This topic is very relevant to students and the staff of the ITMO University. Professor and entrepreneur from Finland spoke about the future of innovations and what opportunities there are for an optical scientist in the world. Another report was called "Problems of science and business in the field of photonics, the experience of companies in Finland." The speaker talked about the challenges that the budding entrepreneurs face in the beginning. He pointed out that there are challenges, not problems. He thinks the young business companies do not have problems at all. It is only important to start without fear of mistakes and failures.
"I've been doing scientific business for 15 years already. I have spent about seven years in England. I have met a lot of Russians there who started their business and promote developments in the field of optics. It is worth noting that many people in Europe highly appreciate the level of Russian science. So when I came back in Finland a few years ago and began to teach again, simultaneously engaging the affairs of my company, I realized that a close relationship with the scientific community of Russia is a global trend. Science is very strong in the country,” said Jyrki Saarinen.
For the scientists, there are two more days ahead of fruitful work and interesting meetings with scientists and students of the ITMO University. On the 18th of December there will be a lecture by Paul Urbach. He'll deliver a lecture called "Images with super resolution and sensors" and will hold two seminars: "The problems of academic mobility" and "EU program Horizon-2020". On the last day, December 19, there'll be seminars and lectures by Professor Jyrki Saarinen: "The new optical materials, manufacturing and design based on the latest innovations", "News of the European Optical Society" and "Organization of international joint ventures".
Back to top