Transforming the coastal areas of St. Petersburg and making them more attractive to the community and visitors are among the challenges faced by the members of the Water and Rails project studio. The studio began its work in the framework of the Design of Urban Ecosystems Master's program in the Urban transformations school of ITMO University. 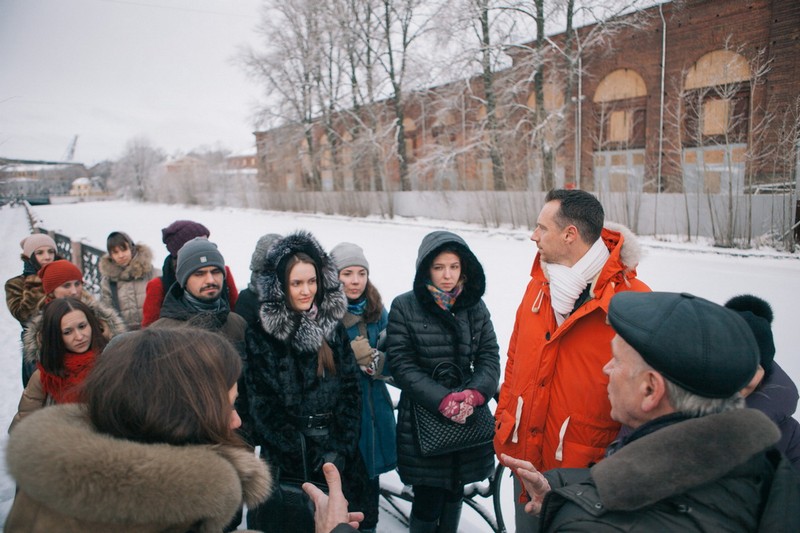 Water and rails – is a joint project of ITMO University, Architecture University IUAV in Venice and Fontys University of Applied Science in the Netherlands. The curators of the studio are Paola Vigano and Mark Glaudemans, the representatives of the Italian and Dutch universities, who together with the students are to rethink the look of the urban beaches. Masters works will be presented at the St. Petersburg forum of spatial megacities development which is held this May for the first time.

"Undoubtedly there are many things one can do to make the city better," Mark Glaudemans comments, the head of the European Laboratory for Urban Planning, the head of the Masters programs faculty in the academy of Architecture and Urbanism of the Fontys University of Applied Science. "However, there are many motivational factors as well: climate change, economic development of the city. People change together with their lifestyle. Therefore, the environment will be transformed under the influence of the people themselves, who strain after the ecological and cultural urban way of life." 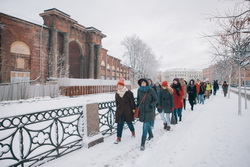 The first task was the field trip for students under the guidance of Valery Nefedov, the professor of the Department of Urban Development of the Saint-Petersburg State University of Architecture and Civil Engineering. They visited some places that are directly related to water resources. During the whole day the working group managed to visit more than a dozen places: embankments, harbors, Gulf of Finland coastlines, the urban rivers mouth etc. The aim was to see the problem with own eyes, analyze and understand the process of transformation, which is already happening with the coastlines of different water bodies in St. Petersburg, and consider the changes scenario applicable to them in the future.

"Students are the driving force of the city. Therefore it is important to conduct the tours on its "problem" sites not only for designers, architects and builders, but also for the students of other professions. So that the changes will occur in the complex, because urbanism is an interdisciplinary field of science," Taisiya Khalikova says, the first-year student of the Design of urban ecosystems masters program of the Urban transformations school. 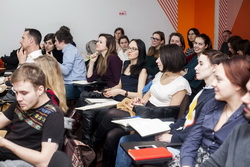 On the second day of the studio work, St. Petersburg experts joined to discuss the initial results of the students research and urban problems. Among them were Eugenia Kolesova, the head of the department of economic analysis and research Institute of Spatial Planning "Urbanika", Alexander Baranov, the specialist of transport areas development in the Laboratory cityplanning, Alexander Karpov, the director of the Examinations center ECOM, the expert in the Commission on Urban Affairs Urban Planning and Land Affairs of the Legislative Assembly of St. Petersburg and other.
According to the speakers, each of them looks at the water body and its use from different points of view due to the kind of the activity. Though there was one thing everyone in the audience agreed with: St. Petersburg is a city on water, and it would be foolish not to use one of the richest of its resources; coastal areas should be attractive to the people.

"Many of you have seen the problems that exist in our city," Valery Nefedov says. "Around the world, they are solved step by step. So who said that we cannot follow the example of other cities, and use their positive experience? Today the waterfront in St. Petersburg is just a barrier between people and water. Our aim is to destroy this barrier and make people come to these embankments." 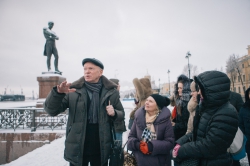 Now it's project studio students who are to develop the scenarios in which the city coastlines can change its appearance. For several months, in six groups, they will conduct "field" research, mapping, studying architectural design, prototyping, and many more, that in the future will change the city.