The Horizon is getting closer: the European Union program of research projects co-financing

A meeting on the prospects of scientific cooperation development and mechanisms of co-financing of scientific and technological cooperation between Russia and the European Union was held at Feb. 13, 2015 at ITMO University. 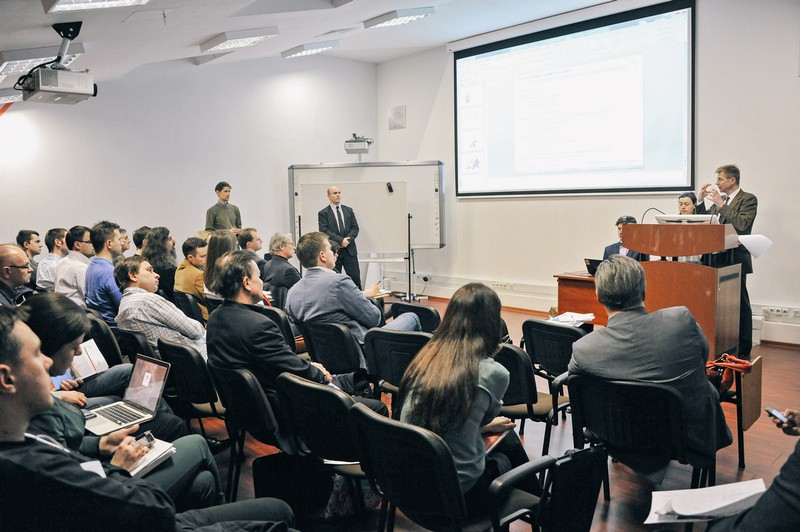 "The cooperation with the EU in the field of research for our University has been and remains one of the priorities," said Philip Kazin, the meeting moderator, the dean of the Technological management and innovations faculty. "Some proposals for projects co-financing mechanism using Russian and European budgets start their work this year. All the research centers and university departments can already use them to implement their ideas and projects." 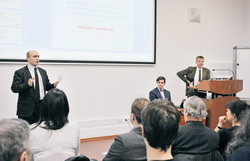 One of those proposals is so far the largest EU framework program for research and innovation - Horizon 2020. About 80 billion euros were allocated from the EU budget on its implementation, not including some co-financing.  Horizon 2020 consists of three main sections: Excellence Science, Societal Challenges and Industrial Leadership. While telling about the program, Richard Burger, the science adviser of the European Union in the Russian Federation, emphasized its open international character. He noted that it is a unique platform for joint research activities, forming contacts and sensing the international market of ideas and technologies. The speaker praised Russia's desire to advance the science and higher education on the world stage and expressed confidence that the question of the participation of Russian companies in the program will be resolved successfully.

"It is very important for the European Union to continue cooperation with major international partners," Richard Burger says. "Russia, with which our relations in the field of science and education lasts for centuries, is of course one of them. And the interaction with such recognized authorities of high school education like ITMO University is paramount. After all, we are not only interested in attracting specialists in Europe, but also in our scientists being trained in Russian universities. This is the only way we can built a durable intelligent bridge between Europe and Russia." 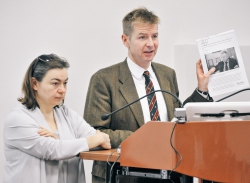 Irina Kuklina, the executive director of the Analytical center of international scientific and technological and educational programs, talked about the possibilities of participation in the federal target Researches and developments on priority directions of scientific-technological complex of Russia for 2014-2020 program. The total funding of the program which is focused on supporting and conducting applied research will be more than 230 billion rubles.
At the end of the meeting the guests got in touch with the representative of ITMO University in Brussels. Its head spoke about the work of the European office, which was opened in November last year.
Many of the participants noted that the full-time program representation and the possibility of their discussion helped to understand the nuances of participation in them better.