The leaders of the “5 in 100” Project were announced in Tomsk on 20-21 of March. Minister of education of Russia Dmitry Livanov and the International Council for competitiveness improvement of the Russian leading universities unveiled the results to the participants. The Top-4 includes ITMO University, Higher School of Economics, Tomsk State University and Tomsk Polytechnic University. 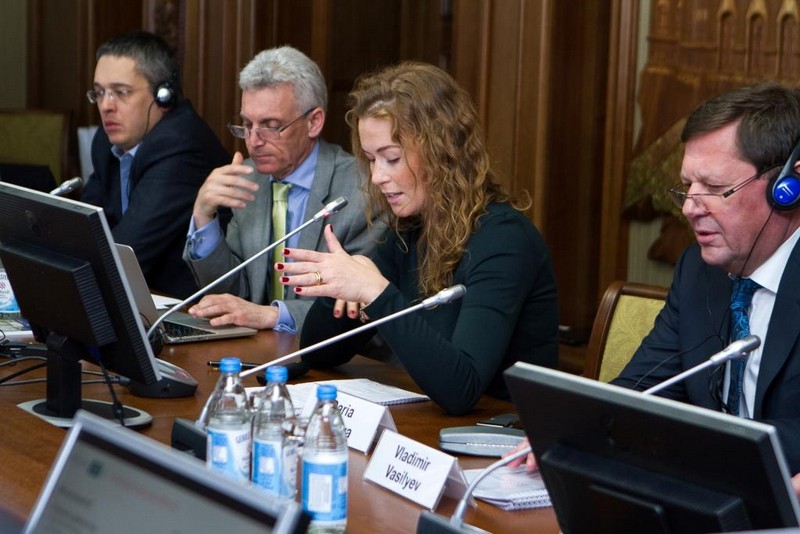 Every University had 5-minutes for the presentation speech, followed by reviewer's opinion, Q&A session about main results and problems of the projects and expected results for 2017 finalized by the comments of the Council members. Possible questions covered the plans for the Universities’ competitiveness improvement and the results of the two-year work on their implementation.

ITMO University’s presentation perfectly fit into the timeframe provided, and according to the comments, was cheerful and daring in nature. Our team showed 5 reasons “for” and 1 “against” for ITMO University in Top-100 of the rankings

Choosing such a format was quite risky, but it worked- says  Anna Veklich, Head of Strategic Communications Department.

Andrew B. Wachtel, the President of American University of Central Asia, Fellow of the American Academy of Arts and Sciences, acting as the reviewer of ITMO University’s presentation, commented:  I have not been to any of the five universities that I’ve reviewed. However, I can definitely say that ITMO University showed the best presentation and the best Roadmap among those I have seen today. ITMO University has deep understanding of what to do and how to achieve the goals set with the realistic action plan.” He also appreciated the novel and attractive interpretation of ITMO's “complicated” abbreviation with the slogan “IT's MOre than the University”

Andrew B. Wachtel underlined that the plans for development in Urbanistics and Art fields will become the strong competitive traits of ITMO University in future. Cities' development and preservation of cultural heritage, according to reviewer's opinion, are hot topics of today and can lead to the University's growth and development tomorrow.

Mr. Wachtel was quite impressed with our performance. He decided to visit us in Saint Petersburg, said Daria Kozlova, director of the Institute of International Development and Partnership.It is a good opportunity to show our results to the experts and develop plans for further cooperation.

Questions addressed to ITMO University by the Council concerned the work of the Representative Office in Brussels, enhancement of medicine-technical research, innovative ecosystem of the University with deep students’involvement and cooperation with the Russian Academy of Sciences.

Successful presentation of our University is a result of daily efforts of all members of the ITMO University team. Our starting position was far from perfect, but we showed such determination in reforms and are changing so dynamically that the International Council gave us high ranks. We have two years of intensive work ahead of us. We believe that we can make our University one of the best, respected and known in the world. - says Marianna Chistyakova, manager of "5 to 100" Project.