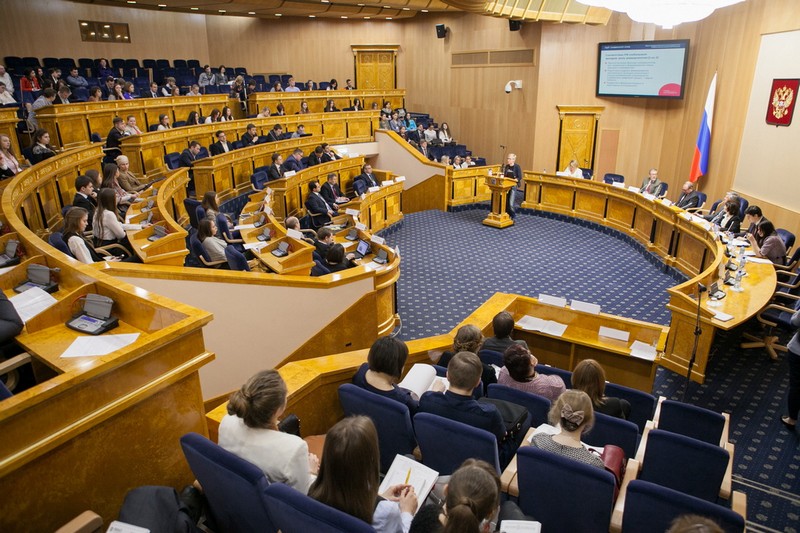 One of the key events was a presentation by the member of Public Chamber of the Russian Federation Sergei Markov about the geopolitical challenges in the region, including the lack of a unique development model.  In another key presentation, Grigori Dobromelov, head of the Institute of Applied Political Research, shared with attendees the results of a recent survey of Russian citizens
about their attitudes to foreign states at different times. He noted the importance of forming a positive values model in people under 30 as they quickly react to changes in the information field and have a significant influence on the economy.
Nina Yanykina, ITMO University’s Head of Project and Information Activities, spoke about the role and place of an entrepreneurial university in global innovations and noted its particular significance to developing emerging technologies, improving the quality of life and automation of both industrial and intellectual processes.
Dean of ITMO’s Technology Management and Innovations Department Philipp Kazin discussed the role of social projects in the development of an innovation ecosystem of universities. He noted that entrepreneurial environment can’t be created just by instructors and is impossible without the student participation.
The event also included a lineup of discusses at various St. Petersburg colleges about military, customs, and economic collaboration among the Eurasian republics.  Students and young entrepreneurs also got a chance to show off their projects at ITMO University’s Demola co-working space, including a smart alarm clock, a selfie robot and a yoghurt-style probiotic drink.
The Eurasia Innovations Convention took place in 2014 and attracted representatives of 14 states. It ended with a signing of a memorandum about international collaboration among youth and support for public diplomacy and intercultural dialog.
Back to top