The presentation of the 5-100 Project second step road maps, which the participants are to implement in the years 2015-2016, was held in the end of March in Tomsk during a meeting of the International council for the leading Russian universities' competitiveness improvement. 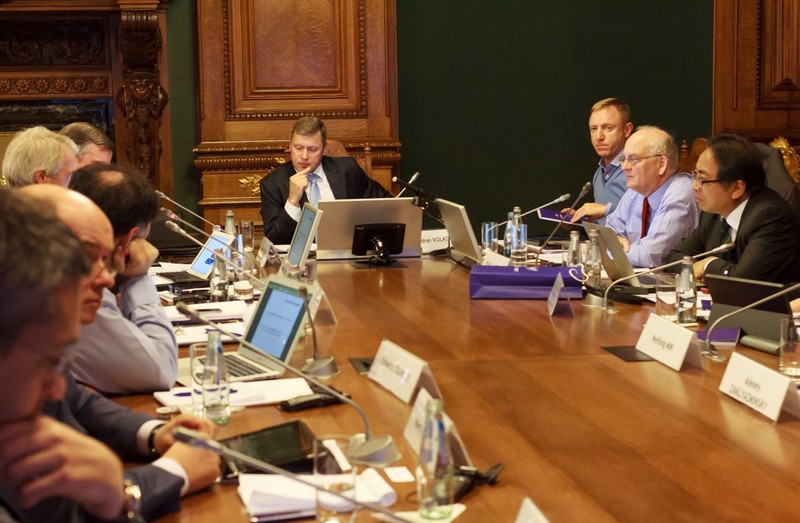 The presented results of the last two years work and the plan of the future activities of the competitiveness improvement programs were evaluated by the members of the International Council. During the next two years the participating universities are to implement all the announced activities into practice. Currently there are 14 universities in the 5-100 Project, each of which moves along its own path of development.

"In the 5-100 Project participants' road maps there will be a lot of intersections. There is no certain information yet, but I think that all the universities during the second step  will continue their initiatives connected with the expansion of the international research network, activation of innovative activity. I'm sure that in every road map the important thing will be about an active international recruiting and attracting the best teachers, researchers, managers from the global market and talented students (high school as a talent attraction point), development of human resources, the expansion of the export of educational services. However, each university is looking for a unique trajectory and implements its own development models," Marianne Chistyakova says, the head of the ITMO University Strategic Development Department, the 5-100 Project manager.

"At the same time there is no competition between the universities participating in the 5-100 Project, it shouldn't be one in principle. We compete with foreign universities, which are currently showing significant dynamics and are actively moving up in the rankings. The similar to ours support programs that encourage the development of high school are practiced in many countries around the world, and competitive struggle in international scientific and educational market is growing. For us it is an incentive for the development; the more effective we will implement the program, the stronger competitors we will become in relation to the universities that already hold the leading positions," the manager of the 5-100 Project says.

To achieve these goals in the second stage of the 5-100 Project, ITMO University will focus on the implementation of breakthrough research and development of promising research directions and projects, including those in the field of quantum communication. In the educational part -the bet on search and accumulation of talented young people in high school, development of multidisciplinary programs, expansion of University cooperation with universities, leaders of the world rankings. With new partners the joint postgraduate and master's programs will be created, including the double degree ones, programs of academic mobility wil be implemented, international recruitment of students will be held, that will help the University to expand into new educational markets (in particular Asia countries and BRICS).
In addition, in the second step road map even more projects are indicated, which are aimed at popularization of science, engineering and technology education.

"Our understanding of the global university, or the world-class university is clarified in the new road map. For us it is a university that solves large-scale, global challenges of the world community, for example, the problem of information security, preservation and access to cultural heritage. On this the breakthrough projects are oriented which can bring the university to a qualitatively new level of development," Marianne Chistyakova comments.