The social entrepreneurship ideas are becoming more and more widespread in Russia. Leading corporations are adapting business approaches to solve social problems, on the labor market there is a demand for professionals with experience in changing the local environment for the better. The ITMO University delegation visited the University of California, Los Angeles (UCLA) and found out the difference between foreign and Russian practice of social engineering teaching. 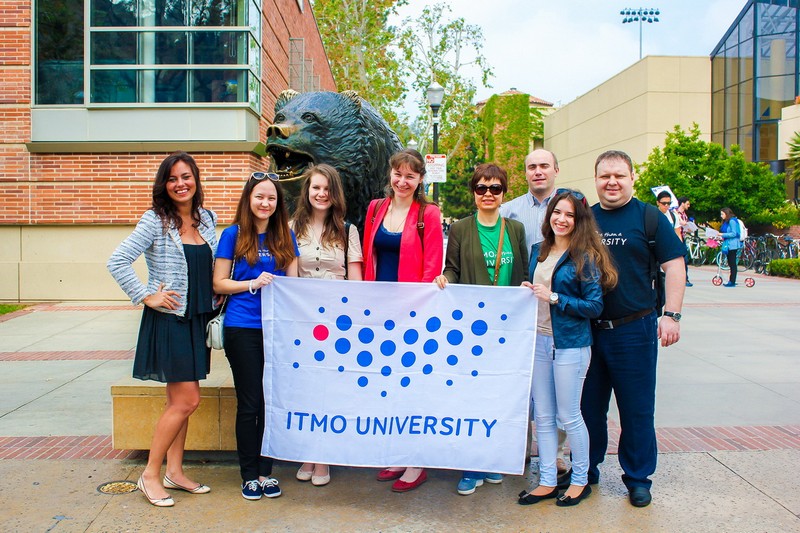 The purpose of social entrepreneurship is the solution search or mitigation of the society problems. There is enough non-profit organizations and implemented social projects in Russia, however, as noted by Andrey Zlenko, the head of the ITMO University Technology Management and Innovation Faculty Center for Social Entrepreneurship and Design, students are usually not trusted when it comes to the ideas development, such things are often made by specialists. While abroad, the formation of the socially responsible society begins in high school during the early years of college or university.

"A student who knows what social design is and why it is important, will do it in the future as well. Thus, the society of people is created, where everyone develops social initiatives only because they want to make the world a little better," Andrey says.

At UCLA, a special unit promotes these ideas - the Academy of Social Engineering. Any student can come there, tell about the idea, form a team and get the expert and resource support.

"We have participated in one of the workshops at the Academy. Investors helped the student teams to finish business plans, offered assistance in the implementation. It resembles the startup development, but in the social sphere. And, frankly, the American non-profit organizations that want to interact with the university line up, they are even chosen on a competitive basis. Such a rush is not seen in our country, unfortunately," Andrey says.

Andrey sees the reasons for this in the fact that in Russia there is practically no experience of interaction between non-profit organizations and students. Such initiatives exist in the Higher School of Economics - National Research University and in the Graduate School of Management, but this is not enough for mass attraction of business to work with youth.
As for the rest, according to Andrey, social initiatives in the United States do not differ much from ones in our country: the projects topics are similar; the focus on work with vulnerable sections of society is done in both countries. The only difference is in the promotion of the social entrepreneurship culture: point manifestation of such activity in Russia is inferior to mass involvement in social projects in America.
Marina Makarchenko, the Doctor of Economics, presented the program on the basics of social engineering to the professional community at UCLA. The ITMO University is organizing a coworking area where students will be able to work on their ideas and get experts help.

"A trip to UCLA has shown that the development of social responsibility is one of the necessary conditions for the development of the university as a global player. Our projects - People Need You! Competition and the social entrepreneurship festival - are demonstrating the understanding of the University about its role in the socio-economic space of Russia and the world," Philip Kazin summarizes, the dean of the Technology Management and Innovation Faculty, who headed the Russian delegation.

In June 2015, in St. Petersburg the International Festival of Social Entrepreneurship will be held. In the festival, which will include an educational program, students and teachers from universities of America, China, India, South Africa, Brazil and Russia will take part.