How to attract foreign employees in higher education institutions?

The second meeting of the ITMO University Council for international recruitment took place on the July 3. Representatives of the leading personnel agencies and HRM Department employees discussed the results of the last six months work and identified further ways of interaction in order to attract to university some highly qualified domestic and foreign specialists. 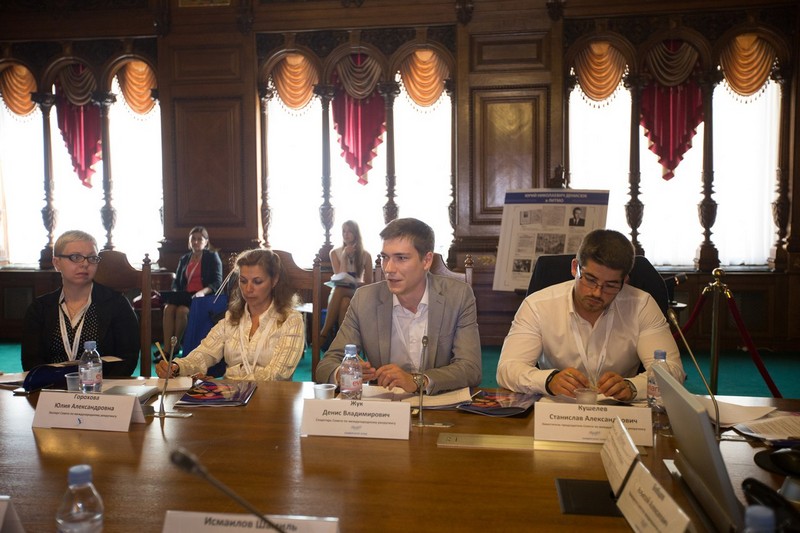 The first meeting took place on 15 December last year. According to its results, there were three organizational solutions: make an open contest for all positions at the university, during the first half of the year one should focus on the search for staff in Russia, and during the second and subsequent - investigate the foreign labor market. It was also necessary to increase the competition to three people for the position. As noted by Denis Zhuk, the head of the HRM Department Business cooperation office, the executive Council secretary, the goals, formed at the first meeting, were reached.

"A competition was held to fill the vacancies of the teaching staff. We received about 300 applications from candidates who compete for jobs in ITMO University on a par with re-elected employees.The competition was serious. Since February one can talk on the improvement of university recruitment services, the information system for specialists job application started its work. This convenient mechanism is used by department heads who leave an inquiry in our information system, and two weeks later they get the desired employee. In Russia the interaction between universities and recruiting agencies is not cultivated, however, in international universities, including top-rated ones, it is a normal practice: you need a researcher? - just refer to the specialists. Such cooperation is very fruitful. For example, after the December meeting of the Council, we began to interact with its member organizations on various aspects of HRM Department activity which once again underlines the effectiveness of the created structure," Denis Zhuk says. 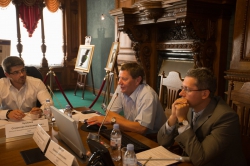 The experts, gathered for the second time, discussed the results of the program of  talented and promising employees from around the world attraction to the University - ITMO University Fellowship & Visiting Professorship. It is being implemented since 2014 and made for the search of scientists who specialize in such key for the ITMO University areas as: optics and photonics, information technologies and computer systems, nanotechnologies and innovative materials, automatic control and signals processing.
As noted by Olga Rodionova, the head of the HRM Department recruiting division, the fourth round of the program, which lasted from March to June this year, became the most successful of all the time of its existence. According to its results there were received 110 applications from 41 countries, which is four times higher than the results of the previous round.

"In accordance with the recommendations of the Council for international recruitment members we have expanded the list of resources where we were placing information on our offerings. Modernization of an information campaign, as well as establishing links with candidates and providing them with all the support helped to achieve significant results. In July, a special selective committee will analyze submitted applications, among which there are many candidates in Visiting professorship и Postdoctoral Fellowship directions," Olga Rodionova says.

The high demand for job in the leading Russian university is the result of a comprehensive work to promote the ITMO University HR-brand conducted by HRM Department staff together with Institute of international development and partnership, Strategic communications office, Information technologies department and other. Shamil Ismailov, the head of the St. Petersburg branch of the Brainpower company, the member of the Council for international recruitment, says that it is coordinated team work and interesting tasks that makes the work in Russia attractive for foreign specialists.

"Far not all foreigners are afraid to bind their lives with Russia. On the contrary, many are considering a job here as a serious career move. Russia is a European country, and our millionaire cities offer attractive prospects for growth. In my practice, I often faced a situation when foreign experts were telling that they want to work in Russia and they were asking for advice and support in the implementation of this idea. Often foreigners are interested in the probability of professional development rather than in money. And it is this probability that should be used to attract them. One should offer them the opportunity to become a member of a dynamic and vigorous development of the university, seeking to take the place in the hundred best world universities, this method will work," Shamil Ismailov says.

For the purpose of realizing the potential of Russian universities as potential employers, the HRM Department team organizes the Day of the scientific and academic vacancies. As noted by Stanislav Kushelev, the head of the HRM Department, the Council deputy chairman, the sphere of recruitment in education and science sphere is very poorly developed in Russia.

"At job fairs taking place on a regular basis, usually there are no educational and research institutions, it's just not their target audience. Academics, even if they are looking for a job, do not go to these job fairs, because there are no their potential employers. It turns out to be a kind of vicious circle. As the part of the Day of the scientific and academic vacancies which will be organized by ITMO University for the first time in Russia, Russian universities will get an opportunity to express themselves as an employers, attract the necessary personnel from among the teaching staff and researchers, and reach a new level in personnel matters," Stanislav Kushelev says.

Fairs of academic vacancies are already very popular in Europe and the US. A good example are the Nature Jobs Career Expo exhibitions, which are held annually in Boston, London and Dusseldorf and unite on its platform a large number of universities, laboratories, research institutes and organizations. The first Day of the scientific and academic vacancies, where there will be universities participating in the Project 5-100 and other representatives of the Russian academic community, will be held in October 2015 in St. Petersburg.
Back to top