After a half year of hard working participants of a business accelerator “Future Technologies” presented their startup projects. At the final session called “Demo Day” there were announced three winners. “Akwamagnit” project aimed at targeted drug delivery placed 1st. 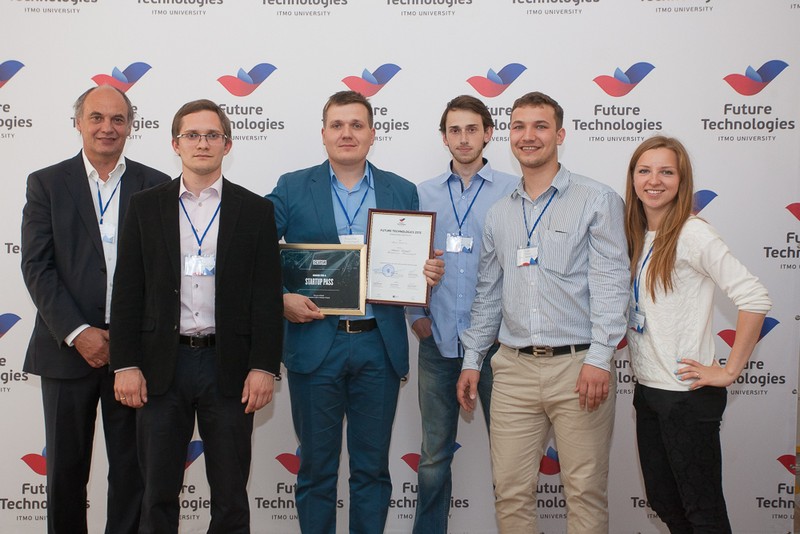 The accelerator “Future Technologies” was launched in April, 2015 in order to support young startupers.  About 50 entrepreneurs applied for participation this year. Judges chose the best nine projects. The following six month participants spent for developing of product launching projects and business plans. Startupers presented their projects in September, 5. Inventors of the best three startups are awarded with invitation to a startup conference “Slush”, which will take place in Helsinki on November 11-12, 2015.

“ITMO University is well known as an innovative and entrepreneurial oriented university, which supports young startupers turning their business ideas into reality,“ noted Stephen Hagen, advisor to ITMO University rector. “I was very pleased to assist young entrepreneurs to take part in the international conference in Brussels.”

Among the most promising projects presented at “DemoDay” there were following startups: a smart router “Pyrobox”, which brings safe encrypted Internet, “GCover”, a guitar device for self-teaching, a smart glove “Rehabot”, which trains hand motor function, a dye free laser engraving technology “ColorIt” and others.

Each team had 10 minutes to present their ideas. Participants explained how and when their development would render a profit and how much money they needed to realize their projects. A judging panel consisted of investors, entrepreneurs, brokers and business coaches. Judges graded startups on a five-point scale using following criterions: novelty, realizability, and business model quality. They also took into account whether a product is ready for entrance to the market and estimated skills of each team member.

The “Akwamagnit”, which became a winner, was developed by researchers of International Laboratory “Solution Chemistry of Advanced Materials and Technologies”. Vladimir Vinogradov, senior researcher of the Lab, noted that magnetic liquid “Akwamagnit” will be sold as an innovative thrombolytic drug.

“According to “World Health Organization” statistics the main reason of death is heart diseases. Unfortunately only 1% of drugs that are used nowadays take effect,” mentioned Mr. Vinogradov.

The “ColorIt” placed 2nd. The “Rehabot” glove placed 3rd and also was prized with Audience Award.

Nyna Yanykina, head of Project Management and Innovation Department, underlined that ITMO University will assist startupers to attract investors after the end of Future Technologies program.

“Both ITMO University and “Future Technologies” will support young entrepreneurs. We are also going to develop ITMO University Venture Fund. Moreover, we will support even those who have no full-fledged projects and are not ready for attracting investors. These startupers will have an opportunity to receive grants and take part in special support programs,” said Mrs. Yanykina.

Furthermore ITMO University accelerators will launch a variety of projects that will not be connected with IT and gadget development.