We need to develop together to get in the top 100 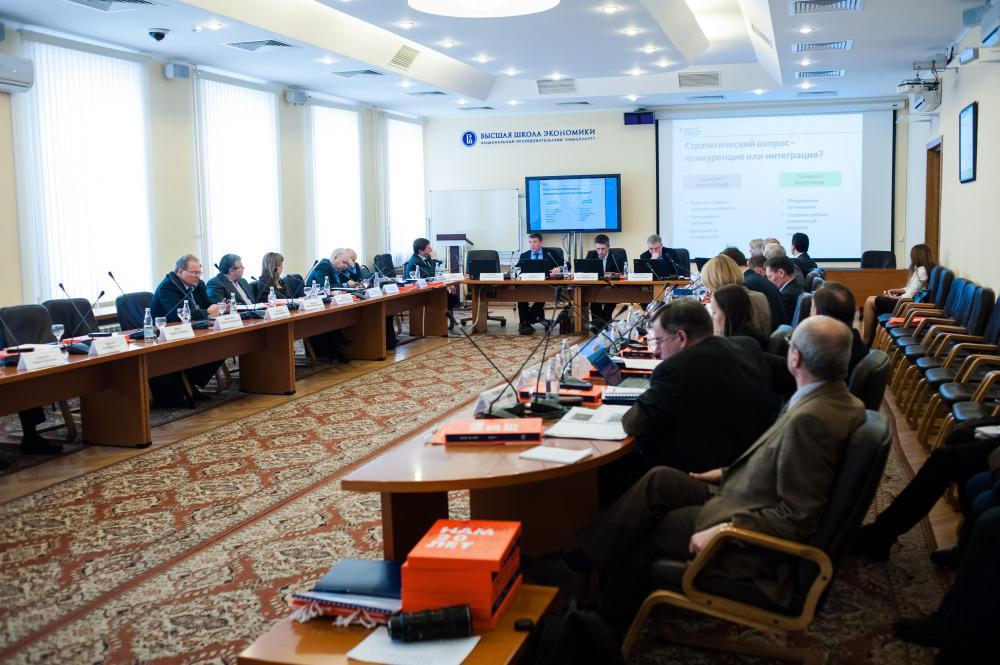 On 3 of February, 2014 Vladimir Vasiliev, the rector of the University of Information Technologies participated in a meeting of rectors of the universities - participants in program for improvement of the competitiveness of universities. The purpose of the meeting is to discuss the prospects for productive collaboration of the Russian higher education.

Participants of the event, the rectors of leading universities in the country, discussed the problems and prospects of development of universities. They all agreed that the reduction of initially claimed funding immediately led to a number of negative consequences. Among other serious problems are: a lack of infrastructure resources and the lack of flexibility in regulatory matters.

Much attention has been paid to the issue of attracting of foreign scientists to work in the Russian universities. Participation of international experts in the research and innovation activities of universities is a serious trump card in enhancing the competitiveness of the institution. However, due to a number of reasons, foreign scientists prefer other countries to Russia. Vladimir Vasilyev, the rector of the University of Information Technologies said that the problems with the invitation of foreign experts already arise at the beginning, because of visa barriers set by Russian migration legislation. So it is not possible to hire a specialist on the right time. Unfavorable working conditions: lack of pension contributions, the frequent lack of health insurance and decent wages, also make Russia unattractive country for scientists.

The government representatives who were present at the meeting could get familiar with the problems of universities. There were: Alexander Povalko, the deputy minister of education and science of the Russian Federation, Lubov Eltcova, the deputy minister of labour and the state secretary Ekaterina Egorova, the deputy head of the Federal Migration Service. They offered to the rectors of universities to prepare their solutions of the difficulties, to discuss them at a higher level.

During the meeting, leaders of universities have come to believe that in addition to restoring of the original size of the funding program "5 in 100" that will attract scientists to research and develop infrastructure of universities, the single association of project participants has to be created. The participants said that willingness to share experiences and develop joint projects is the key to success of the program. Also the development cooperation of universities with academic institutions is the necessary direction.

For further competent development of efficient interaction the association of universities was decided to establish and to be registered as a legal entity. At the moment its working title is "The Association of Universities participating in the program to improve global competitiveness "Global Universities". The process of registration of constituent documents is already running, the legal registration of the association will be held in the nearest future.