A new corporate lab by MTS AI has recently opened at the Faculty of Software Engineering and Computer Systems. One of its key research fields is Edge AI technologies that stand for programming on compact neuroaccelerators and systems-on-a-chip. Specialists from MTS AI will teach students as part of the Design and Development of AI Systems program. We talked to Anton Maslov, the leading developer of the company about the technology’s prospects and the collaboration between MTS and ITMO University. 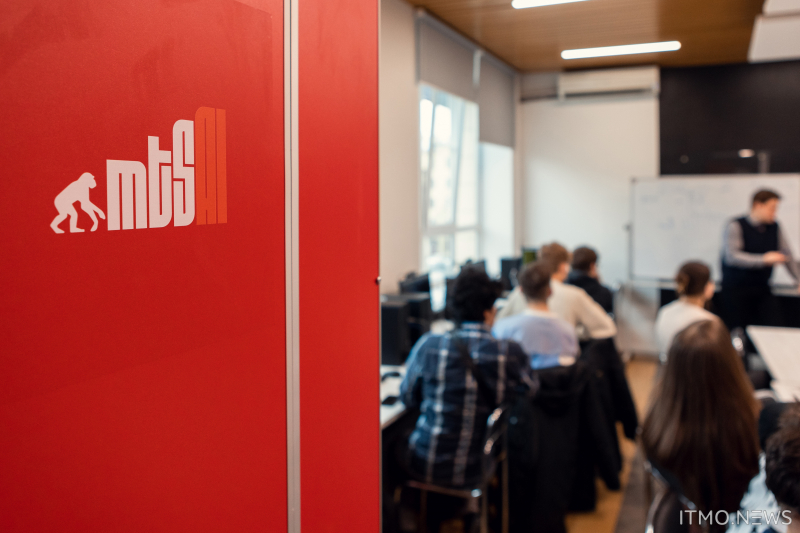 Could you tell us a bit more about MTS AI?

MTS AI is mostly engaged in various voice recognition systems, which includes a lot of things, such as recognition of commands and context, as well as voice generation. Not so long ago, we launched a project to implement our artificial intelligence projects based on systems-on-a-chip by the Kneron company because MTS AI is one of its investors. This is a Chinese-American startup that develops specialized microcircuits – neuroaccelerators, on the basis of which you can make neurochips. This is a breakthrough field that allows us to solve a whole new range of tasks.

Projects like this are very rare. MTS developed AI-related projects several years ago and all of them were meant for major computing systems such as servers and cloud systems. In this case, the company decided to adapt their work for microcircuits, and therefore create an entirely new field.

What’s the advantage of this technology?

The technological breakthrough lies in the fact that AI systems that run on end devices don’t need to be connected to the internet. They don’t require external computing power, and, accordingly, connection to remote servers. All computation, all the magic of neural networks takes place inside the device on a chip.

In addition to saving computing power and a huge amount of traffic for transmitting information, it also solves the security problem. We don’t transfer raw data anywhere, everything is kept inside. This immediately opens up a whole segment of the industry: production control, security systems, and protection of companies’ intellectual property.

Overall, it’s a dream of engineers from the past: a device that can actually “think.” See, a smartphone may solve all the same tasks, but it’s useless without the internet. So it’s not intelligent at all, whereas in the case of our project, it’s all-inclusive and can be used in extreme conditions, such as in space.

When did this technology appear and is it used for commercial purposes?

The initial versions of systems-on-a-chip appeared quite a long time ago, within the framework of university laboratories, mainly in the USA and China. As for the commercial sector – they reached it relatively recently, maybe a couple of years ago. And now we can say with full confidence that all the major IT giants, primarily Google, are developing this topic. Everyone is well aware that this is the future.

This field has more to do with engineering than science. We don’t come up with new algorithms and innovative approaches, we’re modifying already existing systems and adapting them to make them work on a chip – a device with the power capacity of a smart watch. Edge AI technology isn’t for solving a new task, it’s about minimizing, saving energy, making it cheaper, more mobile, and adaptive.

For example, MTS AI owns VisionLabs, a company that is engaged in intelligent video surveillance systems. In St. Petersburg and many other Russian cities, this company uses computer vision technologies to ensure safety in schools and universities. This means that there are many cameras recording everything 24/7. Of course, there’s an issue of saving the traffic and server space when storing and processing data. Say, we need to detect a perimeter violation. It’s also important to see who the violator is – is it just a cat or a person? That’s what the early detection system is for – it’s embedded in the camera and it commands the external system to start the recording from a specific moment. For example, when it detects a person, an alarm, a dog howl, or a crying baby, and so on.

The technologies keep developing and it’ll remain so for many years to come but even today, there are completed products that can be integrated into various systems and used for the development of our own devices.

So there are no specialists who are experienced in this field?

Few people know something about Edge AI (edge computing). When MTS AI decided to start working in this field, we knew how cutting-edge and exclusive it was. But it’s also too novel to be able to hire an army of developers who’d be able to get into it. There are some specialists but not too many.

Was this why MTS AI decided to start collaborating with ITMO – to train such specialists?

One of our tasks is making this technology popular to ensure its further development. We want to spread the message that there is a system that exceeds our expectations and we don’t even know about it. The latter is not surprising, though, because such topics are usually covered in specialized publications or forums – and if you don’t have access to those, you would never have the chance to learn about such discoveries.

Naturally, to achieve this task, we need to collaborate with educational institutions, because if a student gets into a breakthrough technology that will lead the market in a couple of years, then by the time they graduate they will have the necessary background to bring this technology forward.

We want to ignite their interest and show them the technology – and all further work is up to them. After all, you need to be an experienced engineer to actually develop such systems, and no student can be that by default. Generally, this field requires quite an extensive background because it lies at the intersection of low-level programming and neural networks. The only easier way to get into it is by explaining it in very simple terms without complexities and long lectures. And then students will be able to acquire a deeper understanding on their own if they truly get into the topic.

Who would have it easier, programmers or engineers?

Though both of these fields are involved here, an engineer might have it easier than a theoretical mathematician who can use high-level languages. Electrical engineering requires another type of thinking and a different approach. It is easier to train an engineer to implement AI into the various electrical devices they already know how to build than to quickly get a mathematician well-versed in engineering. Understanding AI won’t seem complicated if you have a background in electronics.

However, students have an advantage here: first of all, they still have a lot of capacity for new knowledge and second, they rarely reject new concepts. They will nevertheless need to work on actual projects and realize that some of the most interesting discoveries are made in interdisciplinary studies. You need to operate many different concepts from various fields and have backgrounds in seemingly incongruous topics in order to produce a true discovery. Naturally, it is hard and complicated, but you still have to try.

Recently, Anton Maslov has also held a seminar on technologies of neural networks and contemporary software and hardware solutions. There, he showcased two demos of voice and face recognition systems on Kneron chips. You can watch the recorded talk here (in Russian).