Education world leaders discussed the modern state and future perspectives of higher education at Going Global 2016 conference, which took place in Cape Town on May 3-5. More than 800 officials discussed how to make education open, competitive and flexible. Daria Kozlova, vice rector for international relations, and Kristina Ivanova, director of Foreign Language Training Center, represented ITMO University at plenary sessions where they shared about the peculiarities of Russian HE as well as it`s challenges and achievements. 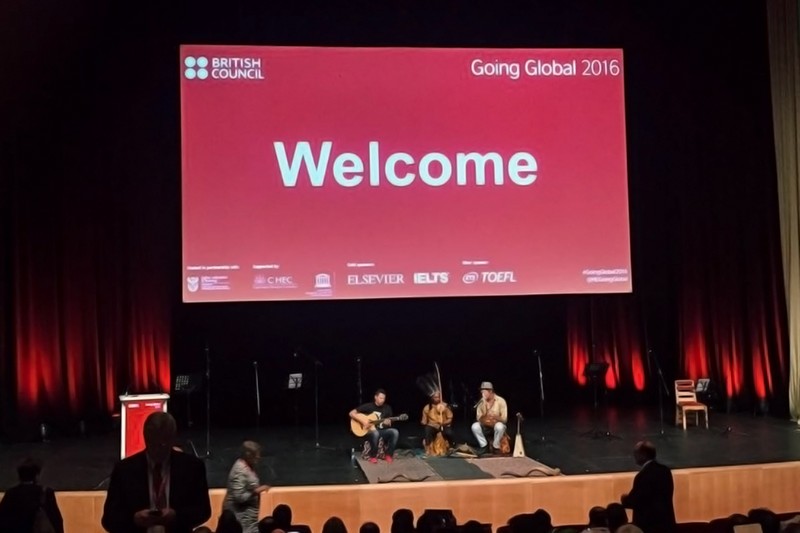 Every year Going Global`s participants discuss new ways of higher education development, increasing of academic mobility as well as issues connected with globalization of knowledge and making education affordable for everyone. Traditionally, the meeting aims at organizing an international association focusing on providing effective educational activities all over the world. This year experts noted that Russia has changed from a dark horse to an equal partner, which attracts others thanks to its` non-classical approaches.

Phil Baty, chief editor at Times Higher Education and THE Magazine, presenting the results and methodology of reputation rankings noted that Russian universities are becoming more well known than in the past. According to the statistics, Moscow State University, remains the top university in Russia.

At the session Designing Higher Education for the Future Daria Kozlova met with international representatives of the educational ministries of Peru, Bangladesh, United Arab Emirates, Colombia and Afghanistan. As the only representative from Russia, Ms. Kozlova talked about specifics of Russian higher education and participation in the 5-100 Russian Academic Excellence Project, which assists institutions to become competitive members of the international academic community. The guests were interested in this speech; some of them asked a lot of questions. According to Daria Kozlova, it means that international colleagues are poorly informed about positive changes achieved by the Russian higher education system. “We were sure that we are well known within the international academic community. However the representatives of leading countries in the field of higher education consider Russians as newcomers who can at the same time become potential partners. We aim to turn ITMO University into a global ed center, whose aims cannot be solved without collaboration with partners from all over the world,” said the vice rector.

The experts also discussed English language as the main driver of international communication. Russian representatives shared that the top local universities constantly add more and more disciplines taught in English. Janet Ilieva, head of Education Insight, stated that Russian universities are open for international students but unfortunately language barriers are still preventing people from effective interaction. However authors of modern education initiatives know how to solve these problems. For example, ITMO University develops various programs and internships for international students and researchers who come to Russia every year to study and collaborate on research projects.

“Going Global 2016 was titled as Building Nations and Connecting Cultures. To share knowledge and scientific discoveries with the academic community we should speak a common language. That is why international experts gave special attention to such important issues as multilingual teaching and development of comfortable English-speaking environment. I am sure that everything that we learned from other participants will be very useful for improving English language initiatives,” said Kristina Ivanova, director of Foreign Language Training Center.

Daria Kozlova summed up that participation in Going Global 2016 was a wonderful opportunity to promote ITMO University`s brand.  According to the vice rector, Going Global 2016 was a well-organized conference, which brought together leading experts in higher education. Furthermore at this meeting Russian representatives met with BRICS Network University`s officials to discuss further collaboration.