ITMO University opens admission for the new Bioinformatics and Systems Biology Master’s program; the program is conducted in collaboration with the Bioinformatics Institute and is aimed at training specialists capable of applying bioinformatics methods to solve tasks in the field of biology and medicine. The program is in English; its students will get an opportunity to do internships at Washington University in St. Louis, USA, and different European scientific centers. 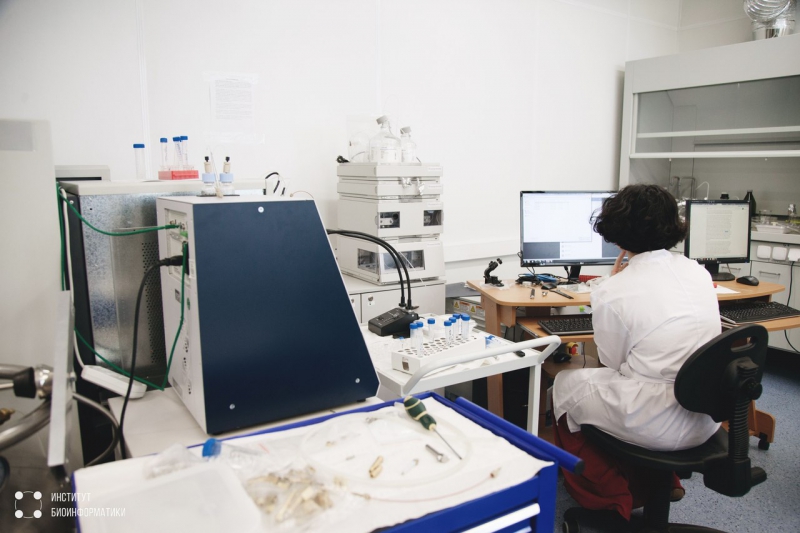 As of today, almost every biological research project is associated with huge amounts of experimental data. That said, the methods formerly used in biology are no longer capable of processing such information; luckily, we have systems biology and bioinformatics that help solve biological tasks by using methods of computer science, mathematics and statistics.

In recent years, scientists have been applying bioinformatics and systems biology methods in solving a wide range of tasks from different fields, from fundamental research to clinical practice and industrial applications. For instance, computer aided techniques and statistical methods can be used in DNA sequence assembly, studying the functions of genes, predicting the properties of proteins, neonatal diagnostics, choosing treatments for particular kinds of patients and even drug design.

Specialists from ITMO’s Computer Technologies international laboratory started to study the issues of developing effective computational methods for relevant tasks of biology and medicine back in 2010. Today, the projects by its bioinformatics division cover a wide range of topics: from data processing for the purposes of DNA sequencing to analysing gene expression and metabolomics.

In the following years, ITMO’s scientists succeeded in entering in a collaboration with professor Maxim Artyomov from the Washington University in St. Louis, a specialist in the field of systems immunology, and conducting a series of joint research projects. Among the results of this collaboration was the organization of a workshop on systems biology in St. Petersburg. The first event of this kind was conducted in 2014, and brought together experts from American and Russian universities and scientific centers, as well as more than twenty programmers and biologists from St. Petersburg and Moscow who got the opportunity to enhance their knowledge of the subject.

Since then, ITMO University and the Bioinformatics Institute have been organizing this annual workshop featuring guest lecturers from Washington University in St. Louis and Harvard University. The event’s program traditionally includes both theoretical and practical modules; participants of the latter get comprehensive training in bioinformatics processing and analysis of genome-wide experiments, as well as get the opportunity to discuss research results.

Amongst the speakers for the workshop are Maxim Artyomov (Washington University in St. Louis), Nikita Artyomov (Harvard University, Massachusetts General Hospital, Broad Institute), and Alex Predeus (Bioinformatics Institute). In 2016, Mark Daily (Harvard University, Massachusetts General Hospital, Broad Institute), founder and leading researcher in the field of modern statistical genetics, has become the workshop’s special guest. In 2018, the workshop will take place from May 13 to 18 in one of St. Petersburg’s nearby towns. This time, the guest lecturers for the event will be Sergej Djuranovic from Washington University in St. Louis and Marko Yovanovich from Columbia University.

“While it all started with just four people in a single laboratory, now we have about ten researchers who focus on research in the field of bioinformatics, they collaborate with international scientists and get published in top-rated scientific journals, - shares Alexey Sergushichev, Assistant Professor at ITMO’s Computer Technology Department and head of the Bioinformatics and Systems Biology Master’s program. At a certain point, the launching of our own Master’s program on bioinformatics and systems biology has become a logical continuation of our workings. So, we’ve adressed Nikolay Vyahhi, the Insitute’s director, with this idea. As result, we came to the conclusion that we should start with launching a program aimed at biologists who want to get the necessary knowledge in the field of programming for solving relevant application tasks.”

There were two reasons behind this decision. First of all, the Institute already has the Algorithms and Data Analysis in Bioinformatics program that is aimed at programmers, and secondly, there is a higher demand on this kind of training amongst biologists. In recent years, more and more biologists are starting to get interested in Bioinformatics summer schools and year-long extended education programs offered by the Bioinformatics Institute.

What’s more, being a leading educational establishment in the field of Computer science, ITMO University is the perfect place to give advanced education in programming and modern data processing methods to students who already have good biological and medical groundwork.

All of that will allow the program’s graduates to not just align their knowledge and get a better grasp of the interrelationships in biology, but also solve tasks from the field of  fundamental science and medicine, notes Alexey Sergushichev.

“As traditional biological education does not give knowledge in programming, we dedicate a lot of attention to it. Amongst other things, we give courses in machine learning, which makes our educational module quite unconventional. We want to teach our students to easily cope with computational tasks and do things that they once needed programmers’ help for by themselves. This means things like writing scripts that would allow to gather and analyze data, as well as other application skills that will help biology specialists organize their work in a more efficient manner and avoid making mistakes. Today, it has become really hard to work in modern biology if one doesn’t have those,” he adds.

The new Bioinformatics and Systems Biology program will be in English; the module that has to do with programming, data analysis and machine learning will be taught by ITMO specialists, and the courses on biologyby guest lecturers from different Russian and international scientific centers, including those from Washington University in St. Louis, Harvard University and the Bioinformatics Institute.

“Working on real projects constitutes an important part of bioinformatics education. For instance, at the Bioinformatics Institute we have already worked out a system that allows students to participate in two major projects in the course of a year - in autumn and spring, explains Alexey Sergushichev. We also aim to make it so that theory would always come with practical training. Our workshop on systems biology is organized in the same manner. After an hour-long lecture we give the participants the opportunity to try doing something by themselves. For the very same reason, we will fashion the new Master’s program in such a way that lectures will be followed by serious practical modules.”

What is more, students will get the opportunity to do internships at leading European and American research centers. We have already entered preliminary agreements with the laboratories of Washington University in St. Louis and University of Nice Sophia Antipolis, and work on programs of other laboratories remotely.

Above all, the program is aimed at training specialists in bioinformatics who want to continue their research during their PhD programs. The program’s graduates will get an opportunity to join leading PhD programs in systems biology and continue their careers at the best Russian and international scientific centers.

In future, the program’s developers also plan to collaborate with industrial partners, as well. For one, the development of next-generation sequencing technologies has led to rapid progress in personalized medicine, where bioinformatics competencies are becoming increasingly important.

The program’s graduates can also apply for positions in pharmaceutical and biotechnological establishments, companies that develop software for the field of life sciences, and many others.

Admission deadlines and other information

The first admission will be for the 2018-2019 academic year. The program is aimed at students with basic biological education. One can enter the program by passing an entrance exam (on-site or online) or by winning ITMO’s portfolio contest. The exam features both questions on biology and those on the basics of mathematics and programming.

You can apply for the program on a dedicated page on the university’s website. The admission deadline is June 1 2018; still, before May 31, the applicants can participate in the portfolio contest.

"As for the portfolio contest, we’ll be looking at the the participants’ publications, participation in conferences, but their motivation will also be considered an important factor. We are looking forward to working with motivated students who are ready to advance their knowledge and solve important tasks,” comments Ksenia Spiridonova, the program’s coordinator.

Alexey Sergushichev adds that in future, the program will develop, and will become aimed at not just specialists and students majoring in biology, but programmers who want to focus on scientific tasks, as well.