To come to St. Petersburg for two weeks to study or to work at a lab for a few years – foreign students, interested in studying at ITMO University can choose a variety of paths and formats to decipher “the mysterious Russian soul.” 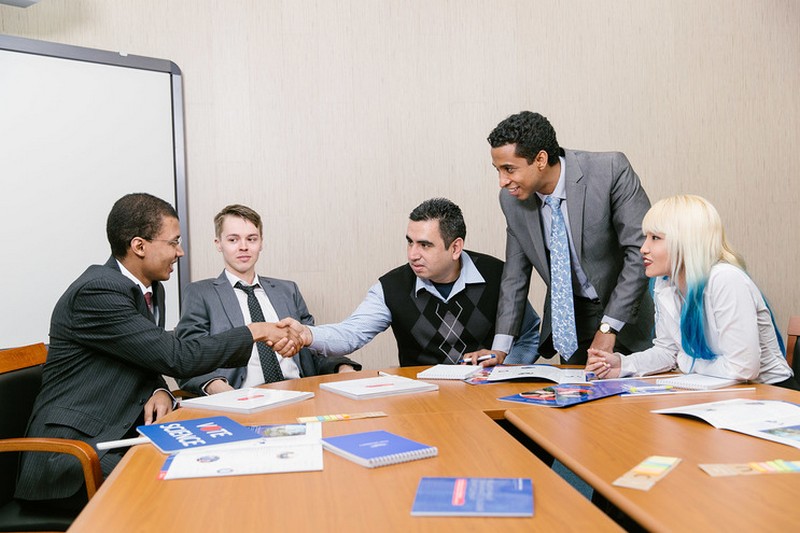 Just like Russian citizens, foreign students can choose to pursue a Bachelor’s degree in the majors listed on ITMO’s website.

“Foreign citizens have to pass three exams, including Russian. The second and third exams depend on their chosen major. It can be Physics, Math, Chemistry, Social Studies and English). Prospective students can get additional points by participating in contests held by our university,” said Marina Serova, Director of the Center for Foreign Students Education.

Citizens of Kazakhstan, Tajikistan, Kyrgyzstan and Belarus can participate in the general competition for places financed from the federal budget. Citizens of other countries may apply to their local offices of “Rossotrudnichestvo” and take part in the competition for the opportunity to study in Russian universities at the expense of the federal budget within the quota, explained Marina Serov.

Bachelor program courses are read mostly in Russian, so foreign students are required to have the necessary level of proficiency.  First-year students can boost up their vocabulary and proficiency at ITMO’s prep classes that generally take a year.

Foreigners who don’t speak Russian but want to pursue a graduate degree at ITMO can choose one of the joint educational programs in English. These so-called double degree programs are organized in partnership with leading foreign universities. Students take courses both at ITMO and at a partner university but only have to be enrolled at their “home” university.

"It is worth noting that these programs are particularly popular with English-speaking students," - said Ekaterina Tulugurova, Head of the International Educational Programs Department.

ITMO University offers several semester exchange programs implemented in partnership with universities in France, Finland and other countries. After a six-month program, students receive credit accepted at their home universities.

"It is no secret that many foreigners are afraid to go to Russia for a long period. Such short-term programs are much easier. During this time the student has time to adapt, understand that you can live here and receive a great education.  At home he or she will share those impressions with friends and professors. That is why we are creating educational products specifically aimed at foreign students to serve as an alternative to a full training cycle,” said Ms. Tulugurova.

"Foreign students get in-depth knowledge on the subjects that are not taught in their university. They can also do it much faster. Students are particularly interested in our key competence areas, such as photonics, computer technology, laser technology and other,” Ms. Tulugurova commented.