The power industry aims to produce maximum energy at minimal fuel consumption, and that is true for nuclear power, as well. Dmitry Stepanov, participant of Science Slam ITMO University 2.0 shared about how some thermal grease and high-temperature tape can improve the work of whole nuclear power stations. 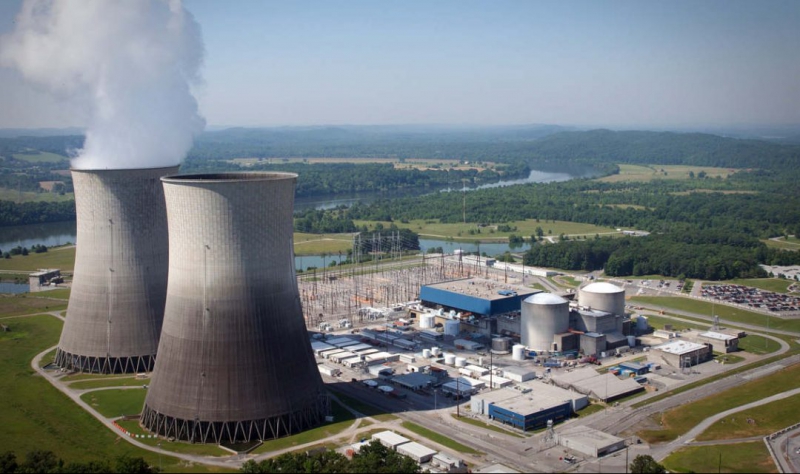 "When I was a kid, I thought that at nuclear power plants, there are people in white lab coats who just press buttons and know everything about what's happening there. Then, when I first went to a nuclear plant as part of my work, I was really surprised at what I saw. I understood how important it is for scientists that work in sterile environments to see it all in reality: put on a hardhat, talk to the personnel, and find out the real conditions of plant operation. That'd be a whole lot different experience from what you'll read on paper. I even saw a fire on a turbine once, and learned that such situations are common for all plants", shared Dmitry Stepanov.

Being a graduate of the Institute of Refrigeration and Biotechnology, Dmitry slightly changed his specialty after being invited to work at a company that does nuclear plant maintenance. His team conducted reference measurements of the tubes temperature in different points of the plant. There is a required temperature value for every point — from 20 to 240 degrees, and there can be up to ten such points on a plant and kilometer-long piping. The temperature of water that goes into the reactor affects not just the output, but also equipment deterioration — and this equipment costs lots. What is more, even a single degree can have a significant effect. Measuring different indicators at an operation is no simple process. At a nuclear plant, it gets even more difficult, as there is a lot to measure. Also, all devices have their operational margins. That is why the company Dmitry works on was allowed to fix their own measuring devices near the standard ones. Most times they have different readings, which means that there are problems with both the measurements and the station. Still, two readings are better than one, as they can be put together so as to calculate the balance and compare it with the required values.

Still, indicators can be tricky, notes Dmitry. To calculate them well, one has to take into account many parameters. That is why Dmitry conducted several laboratory experiments. Conducting field experiments proved to be a lot harder, as working shifts at the plants are not long enough to conduct serious research. For several days, Dmitry worked on measuring temperature in a tube where it was hotter than 300 degrees. He fixed two additional thermocouple units near each stationary one, using different means. Then, he conducted tests on two stands at different temperature intervals; the first had two control points, the second had six. The readings differed significantly. Firstly, Dmitry had a problem with fixing the thermocouple unit using silicon padding: at 300 degrees, it melted and leaked out. Surely, this caused problems for measurements. There were problems with other fixing options, as well: the tape came off, the thermal grease dried up. The only better option was using "liquid metal", but that would’ve cost a lot more. "If you look at the tube's surface and the surface of the thermocouple unit, you'll see that they are both rough-surfaced. So when you press them against each other, there's still air left between. Air has low thermal conductivity which is bad for the measurements, as it directly affects precision. Thus, we need thermal grease to remove the air bubbles", explains the scientist.

Still, there's even more to it -the whole installation has to be fixed with high-temperature tape, mounting tape or at least held with a finger. Actually, even your own finger would affect the measurements with body temperature. In the end, all of this has to be insulated in order to stabilize the system. After all the tests, using thermal grease and mounting tape proved to be the best option, so that is what Dmitry and his colleagues now use. Inside a nuclear plant.

"We need to think of such things, as fixing every device takes time. The longer you stay there, the more exposed to radiation you get — so we need to do everything really fast", explains the scientist.

Processing and presenting the data took lots of time, as well. Even five minute-long measurements gave lots of information that had to be processed into diagrams. One can't escape it: the longer the device makes its measurements, the more correct data it gives.

"I believe that this is where science starts — in practice, experiment, real people; everything else is just a question of approach. Why do I need Science Slam? I'm a research student. I have to learn how to write articles and present my work at conferences. Also, I think that what I did is really useful. Though it's nothing outstanding, such work helps get the results that affect the work of the whole plant", concludes Dmitry Stepanov.