The preliminary round of the WorldSkills interuniversity championship in “Laser technologies” and “Refrigeration technology and air-conditioning systems” has started at ITMO University. The winners will go to the WorldSkills National Interuniversity Championship in Moscow in November, 2018. At the opening ceremony at ITMO University, the partners gave a welcoming speech. 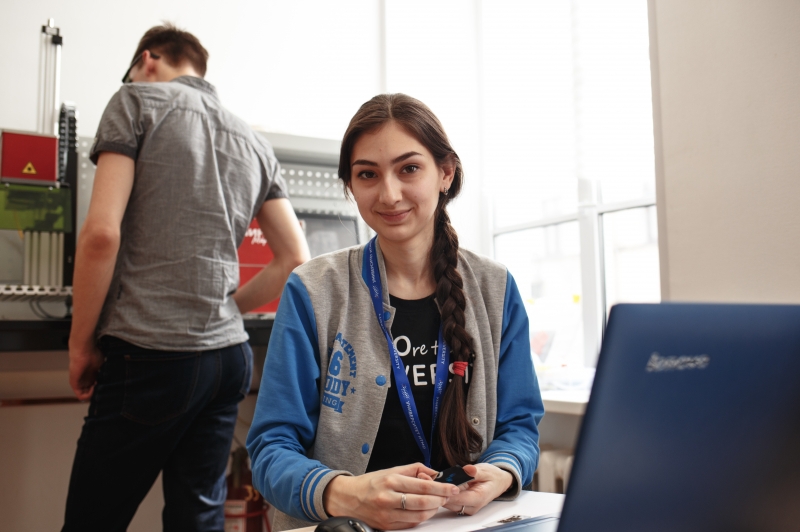 WorldSkills are professional skills competitions, held to raise the status of working professions. Nearly 80 countries already participate in worldwide competitions organised by WorldSkills International. The latest international final took place in Abu Dhabi, United Arab Emirates and the Russian team came first in its team ranking bringing home six gold medals, four silver medals and one bronze medal as well as 21 medallions for professionalism. The 2019 international contest will be held in Kazan. A national championship was first held in Russia in 2013 in Togliatti, where the first national team came together to compete on the international level.

University competitions on professional skills are the third competitive field, which WorldSkills Russia is working on. Today, the Union of Young Professionals (Worldskills Russia) includes 162 universities, which are associated partners of the movement. This list includes ITMO University. The first final of the National Interuniversity Championship was held in November 2017; it brought together 430 contestants and just as many experts. It took the experts two days to evaluate the professional skills of students from 83 Russian universities using 36 parameters. This year, 98 universities have applied for an opportunity to hold the qualifying round according to WorldSkills standards.

It is the second year that ITMO University hosts a qualifying round for “Laser Technologies” and “Refrigeration Technologies and Air Conditioning Systems”. The first part of the competition takes place on at the School of Photonics and the Open Academy of Laser Microtechnology. During the competition, students will have to work as a process engineer with different materials: stainless steel AISI 304; titanium Grade 2; acryl; plywood; graphite; glass BK7; systems based on fiber laser (“Minimarker 2”) and gas laser (Trotec) lasers. They will also demonstrate an ability to work with automatic design and laser cutting systems, engraving, colour coding, structuring for wettability management and others.

The second part of the competition was based at the School of Biotechnology and Cryogenic Systems. In the first task, the participants have to design, assemble and launch a refrigeration system to freeze an ice rink. In the second task, the participants have to diagnose and repair a malfunction in the refrigeration unit. Among the partners of the competitions are the Laser Center, Сolorit, Danfoss, ROTHENBERGER RUSSIA.

Participants of the qualifying round of the World Skills Championship

“How can one benefit from participating? First of all, there are many industrial partners concentrated around the competition who support those   who can contributed to industry development. Why did the contests move to universities? It became clear that universities do not only host many future employees, but also professors, and  scientific centers crucial for innovation”, says Igor Baranov, head of the School of Biotechnology and Cryogenic Systems.

Andrey Pivinsky, an International expert of the WorldSkills movement in the field of “Refrigeration and Air Conditioning” adds that knowledge and practical skills in this area are applicable in a huge number of industries, since refrigeration and air-conditioning systems are needed everywhere: in public catering, medicine, digital technologies, science and many other areas. In this case, specialists can work in design, development, installation, maintenance of equipment. A skillful engineer can always find a job. According to him, the universities that provide not only highly educated but practically skilled employees are in demand today. That is why many employers support the WorldSkills movement.

Konstantin Khokhlov of Danfoss agrees that large companies today are ready to cooperate with universities to train skilled employees. Last year a refrigeration company opened a study center in ITMO University, where students can learn about modern refrigeration equipment. Konstantin Khokhlov also notes that the biggest market for refrigeration units in Russia is retail. That said recent Danfoss polls show that the average level of professional knowledge of university and vocational training school graduates is not high. Moreover, even the theoretical background of the graduates is not enough to actually work in the industry.

“We decided to support the WorldSkills movement to help universities by facilitating the professors’ work and providing students with practical skills. We have our own training centers, but we also train students in universities and vocational training schools, organize different events and spread information on modern refrigeration and air conditioning systems. There are universities that want to join WorldSkills, but they do not have the necessary base for this - we also try to help such universities”, said Konstantin Khokhlov.

He adds that today it is necessary to use innovative approaches to solve specific problems. The world's refrigeration systems are starting to use natural refrigerants. The scientists are also trying to reduce the energy consumption of refrigeration equipment, because about 30% of all electricity in the world is spent on keeping something cool.

Specialists in laser technology are also in demand today. Lasers are widely used in all kinds of material processing - about 70% of laser applications are used in this area, says Vadim Veiko, head of Department of Laser Systems and Technologies at ITMO University and head of the International Laboratory “Laser Micro- and Nanotechnologies”. In addition, it is not possible to create a single component for modern mobile and electronic devices without lasers. These technologies are also widely used in entertainment events, culture, including for restoration, for cleaning fragile items. Today, lasers can be used even to create reactive thrust, ignition in cars, on icebreaking vessels.

At the same time, work with laser technologies today requires professionals to compete in very diverse and complex fields of knowledge, adds Sergey Gorny, head of the organizatin "Laser Center". This is because the laser beam is not an ordinary dimensional tool, it requires knowledge of various mathematical functions that are studied only in the third year of higher education. In addition, many other physical parameters must be taken into account. An engineer in laser technology has to keep all of this in mind to create a machine that will be user-friendly. And the user is a factory worker who not only has to understand how to work with the device, but also has to be able to program it and adjust it to working with the processed material; he has to be a process engineer.

“The problems with training specialists for such comprehensive work with laser technologies cannot be solved without cooperation with universities. Therefore, we strongly support movements like  WorldSkills. We hope that these events will attract more young professionals to this field and give them an impetus to work that will lead them through life”, concludes Sergei Gorny.

Now the presidential administration controls the WorldSkills movement in Russia. Last year, President Vladimir Putin met (link in Russian) the winners of the world championship. Competence centers are gradually opening in the country. In St. Petersburg, ITMO serves as a base for a specialized center “Refrigeration equipment and air conditioning”, which is based on the School of Biotechnology and Cryogenic Systems and works closely with experts from WorldSkills Russia. Students from St. Petersburg and other Russian cities are welcome to study in the center. Trainees participate in competitions of professional skills in Europe and the world.

Journalist
The article relates to
Personalities