Modern Universities: How to Struggle for Leadership but Don't Lose Individuality

Currently top Russian universities look for answers for several crucial questions related to their development and success such as academic competitiveness and improvement planning. On 30 June - 1 July, 2016 ITMO University welcomed Russian and international higher education experts at Conference on Excellence Initiatives. The event was organized by Project 5-100. 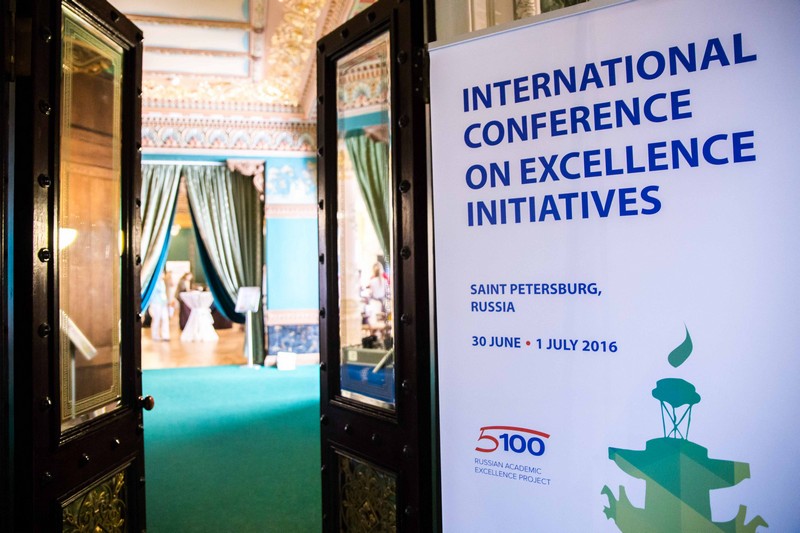 “5-100 Russian Academic Excellence Project” is a state supported program initiated to promote best domestic universities to global research and education market. Today more than 20 Russian universities receive financial support by the State. On the one hand, participants compete with each other because those universities that don't conform to high standards of the project stop being financed. However, on the other hand, the universities also collaborate with each other and exchange their experience at different meeting and sessions.

Presenting changes that help to follow ITMO University`s development strategy, Vladimir Vasilyev, Rector of the university, talked about how the emergence of new structures at the university such as Schools, will allow ITMO U to attract talented and younger staff.

“Almost all buildings and campuses of ITMO University are in the very heart of St. Petersburg. That why we consider the City as a large lab of our university. It is our unique feature, which we are proud of!” noted the Rector when commenting on characteristics that make the university remarkable and attractive. Russian universities want to become active members of the international academic community. To solve all issues connected with this they use conferences and sessions as platforms for communication with international colleagues. This year organizers of the International Conference on Excellence Initiatives invited many speakers from different countries. The experts focused on an important issue: objectivity of university ranking systems. Participants discussed alternative ways of evaluation such as benchmarking, which allows to analyze and compare quality of universities` policies.

They also focused on an issue of how to keep balance between universities` dependence on state support programs and the opportunity to make their own decisions. Speakers came to the obvious point that universities have to make their own decisions regardless of political and market environments. One of the most effective ways of how to receive this independence is to obtain financing from non-state sources. The interaction of state and university needs some units that will help them to coordinate plans established by governors with abilities and needs of academic areas. International colleagues talked about advisory boards. These organizations consult officials when they take political decisions that address educational and research institution. Apart from sharing advantages experts also paid attention to the problems caused by hasty decisions. Academic excellence initiatives are based on the idea to make all universities similar to the best ones. Sometimes this concept doesn`t work, concluded specialists because each university is a unique institution with its` own features connected with location, specialization, structure and so forth.

“Do these initiative work? It is very hard to evaluate their impact because most of them were invented recently. Before to judge them we have to choose evaluation criteria as well as understand that positive results are caused exactly by these initiatives as opposed to some other reasons,” said Jamil Salmi, Global Expert on Tertiary Education Reform.

To learn more about speakers and the program of Conference, click here.