Petr Kuznetsov graduated from Computer Technology Department in 1997. He was amongst the Department’s first graduates. And ITMO was the first University in the city with computer classes. Currently, Petr is a professor at one of the best technical universities in France, Télécom Paris Tech, as famous as ENST (École Nationale Supérieure des Télécommunications). Professor Kuznetsov shared in an interview with ITMO.NEWS about his memories of studying in Russia and the differences in each country’s educational systems. 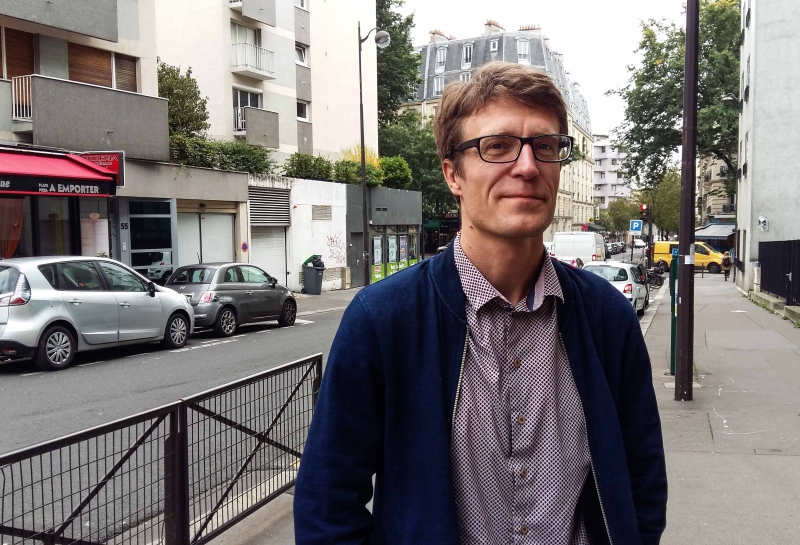 About studying at ITMO University

I had to make a decision between studying at St. Petersburg State University (SPbU) or ITMO University. I chose ITMO University for a few reasons: the teaching staff were excellent, we also had a chance to take an internship abroad, which at that time sounded magical.

We were the first group to start at the Department of Computer Technologies, so it was a small group. ITMO University was one of the first universities in the city where a computer class emerged, so everything we were studying could be applied in practice.

I was not a typical student in the group because I wasn’t a "computer geek" and I wrote my thesis on something related to mathematics. I was interested in functional analysis, which I studied under Professor Vavilov. Our programme covered different fields: mathematics, physics, optics, and mathematical physics. Towards the end of university I already started working in a company that was doing computer networking and I planned to work in communications. So I wanted to study information theory and coding.

I found a place where I could get this knowledge, in the doctoral school at the Swiss Federal Institute of Technology in Lausanne. There I studied communication systems, but my inclination towards mathematics still pushed me towards computer science but more theoretical. There aren’t many theories in computer networks, but I was more interested in working with algorithms. Right now I am working on distributed algorithms. The standard path of a person who finishes their PhD and doesn’t plan to work in industry, is to find a Postdoc program. I did my first Postdoc at one of the Max Plank Institutes in Germany. The Institute for Informatics and for Software Systems is in Saarbrucken, a city on the border of Germany and France. I worked there for three years and afterwards found the position of senior researcher scientist in a new research lab Deutsche Telekom in the Technical University of Berlin. The lab had been there for just one year, the research group had 8 scientists who studied computer networks. I worked in that position for around five years.

But industrial research was not for me. So after a few years I got a position as a Professor in ParisTech. Education systems abroad enable people to combine both research and teaching. My field, the theory of distributed computing, and in particular, the application of mathematical methods in the analysis of distributed algorithms, is theoretical but directly connected to practice.

Ten years ago, it was discovered that the power of computer processors can’t be increased. This became difficult and impractical for economic reasons. Until this time, for a long time, every two years, the computing power of processors doubled. Now, if we want to double the power, the processor needs to put in a cooling installation.

But the demands for information processing speed are growing, which is leading to the use of multiprocessor machines. And thus we come to distributed computing. The challenges in data processing are distributed among multiple processors. One of the main problems of computing is syncing. Data gathered by different processors, must be collected together, which creates a host of other problems. I am trying to find answers to questions that arise by creating models of the processes. All this eventually leads to software and programs that we use daily.

I am participating in projects that are sponsored by the industry, but am engaged only in my part of the work and don’t get involved in the activities of the company. About Technology and Science

Computer Science is a very dynamic area of science. Although I predict that in the near future there will be a small standstill. Since the term Computer Science emerged in the early 1970s, there has been rapid growth, and now things are becoming slow. I’m talking about the physical capabilities of computing devices. Because this area is slowing down, the demand for algorithms is building up, now the importance of fast distributed algorithm is disproportionately higher than ten years ago. And this will continue to grow until we have a new breakthrough in computing physics.

About the difference in educational systems

When it comes to students, studying abroad requires more of students in terms of working independently, than in Russia. The educational program is organized so that students have more choices and have to make more decisions about what courses to take, when to defend their thesis or project. That kind of independence also has its disadvantages. It’s difficult to change things if you didn’t make the right decision. It’s not always clear in such situations would you should do and people lost a year trying to find a better course. In France, time is extremely important, everyone is in a hurry to finish their studies sooner to get their scholarships. PhD students have to finish within three years, which I think isn’t really fair. For me, time is not important, but the quality of your work. Each project is specific to the individual, and each person needs the necessary time to do it well. I spend more time than other implementing a project, and thus I’m sure about the results.

Now is the time when a new generation of students and graduates of universities have an opportunity to really develop science. The important thing is that they are interested and able to make the right decisions to the benefit of research.