New technology is being released every day, which makes it hard for cybersecurity experts to calculate potential risks. Seduced by new technologies like Internet of Things and Blockchain, we forget about the most important thing when it comes to information technology: its security. Everything is under threat today: from smartphones to control systems for nuclear power plants. Natalya Kaspersky, President of InfoWatch Group, attended the formal opening of ITMO-InfoWatch center. During an open lecture at ITMO University, she spoke about the challenges facing information security specialists and what ordinary users can do to protect themselves. 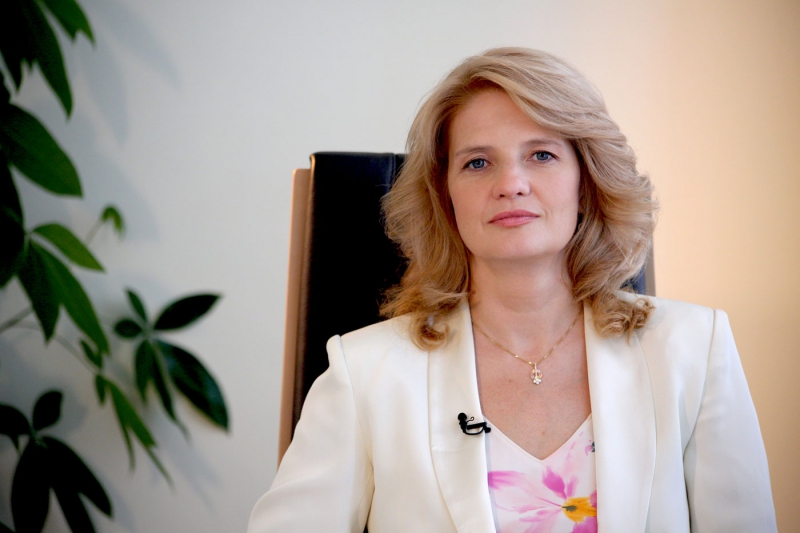 “New technologies are emerging now much faster than before. The developers themselves mention only their advantages: the Internet of things, cryptocurrency – all these things present great opportunities for us, so people stop thinking critically. I believe that technology has changed our lives for the better, but it also introduced various risks into them. I have never encountered a technological product without vulnerabilities. Every new technology poses new threats”, Natalya Kaspersky started the lecture.

Another problem is that people believe all the stories about new technologies without a full understanding of how these things work. As a result, marketers create a marketing “bubble” and if the technology doesn’t strike, this “bubble” pops and they form another one.

Сryptocurrency, especially bitcoin, is the hottest new trend. However, obsessed with the latest advancements, people spend a lot of money buying bitcoins and don’t take risks into account at all. But risks exist and they are especially critical on a nationwide scale. Why? Natalya Kaspersky mentioned several problems:

“What is more, there is evidence that Satoshi Nakamoto is not the creator of bitcoin”, added Natalya Kaspersky. “Some features of the code indicate that Bitcoin was created by a group of American cryptographers”, she said.

What is Technological Sovereignty and Why We Need It

Natalya highlighted that every country should have technological sovereignty. Technological sovereignty is the ability of states to define their own technological agenda. It concerns both hardware, such as computers, smartphones, data centres, hosting services and other infrastructure, and software. This second group includes not only operating systems, but also IoT software, distributed ledgers such as Blockchain and banks' payment systems.

According to Natalya Kaspersky, the USA is the only country in the world having technological sovereignty. Basically it means that the country doesn’t need R & D from other countries in order to ensure the functioning of the information systems. So the situation with Visa blocking Russian bank customers in March 2014 is simply impossible in the USA. If you recall, the American payment systems Visa and MasterCard blocked credit card services to some Russian companies as a result of US sanctions.

“China is an example of a country moving towards technological sovereignty”, explained Natalya. Now China produces its own processors, hardware platforms, software, media infrastructure, search systems, social media, messengers, video hostings, trading platforms, firewalls. At the same time China went even further and integrated a payment system inside WeChat Messenger; now users have one application for everything: paying in restaurants, going shopping, paying for utilities or the gym. People use this same application for communication, booking theater tickets or coffee tables, ordering a taxi and many other things. The Forbes journalist tried to live one day in Beijing, paying only using WeChat. And she succeeded.

“Technological sovereignty is a very important issue since it helps to prevent foreign intelligence agencies from accessing your personal information. All the data on how you use your smartphone, who you communicate with on Facebook and other social media is collected and analysed. This data can then be used against you; there are also some companies that collect personal data to target potential customers with advertisements. Take, for instance, applications for smartphones. I doubt that many people read through the terms of service when installing a new application. Sometimes a simple flashlight app ask for access to your contacts, gallery and microphone. Why?” shared Ms. Kaspersky.

Why is it so dangerous for your flashlight app to get access to your camera or microphone? The thing is, your camera could be activated remotely and you won’t even know about it. Do you remember that Black Mirror episode where the teenager was blackmailed by hackers just after he just downloaded a new app on his phone? Think twice before downloading unknown mobile phone apps. InfoWatch President noted that it is also dangerous to use TVs and other devices with gesture and voice control because such devices can hear and see everything happening in the room.

“We believe that our smartphone is our personal device. This is not true. It belongs to the company that created it and we can only use it for our work and entertainment. One of my colleagues decided to jailbreak his smartphone. As a result, he started receiving reports that his device had been compromised, and in a couple of days they just blocked it. Despite his qualifications he could not fix it. Developers want to have control over their devices”, added Natalya Kaspersky.

There is No System Invulnerable To Cyber Threats

More technologies means more threats. While there is a trend for “smart” technologies, the developers of these technologies rarely think about their security, says Natalya. Take, for example, a factory producing some strategic devices. If they use new technologies like Internet of Things their safety will be under threat. In 2010 Kaspersky Lab uncovered Stuxnet, a malicious computer worm that can attack factory systems. The virus targeted programmable logic controllers, allowing the automation of centrifuges separating nuclear material in Iran. But it was not only Iran that suffered the attack. Kaspersky Lab identified patient zero for the world’s “first cyber weapon”. So, it is crucial to be aware of the threats that the Internet of Things poses for your network's security.

Of course, it is impossible to stop the technological race. Therefore, the demand for cybersecurity experts is growing. But ordinary users must also understand the danger and use only proven technologies.