Vacation With a Purpose: Science Tourism and Citizen Science

Summer is already on the wane, but we still have almost a month of holidays left. For those who’ve become fed up with lazing on some beach and can't think of abandoning science and research even during their vacation, we’ve prepared a list of citizen science activities that will help make the most of their time. 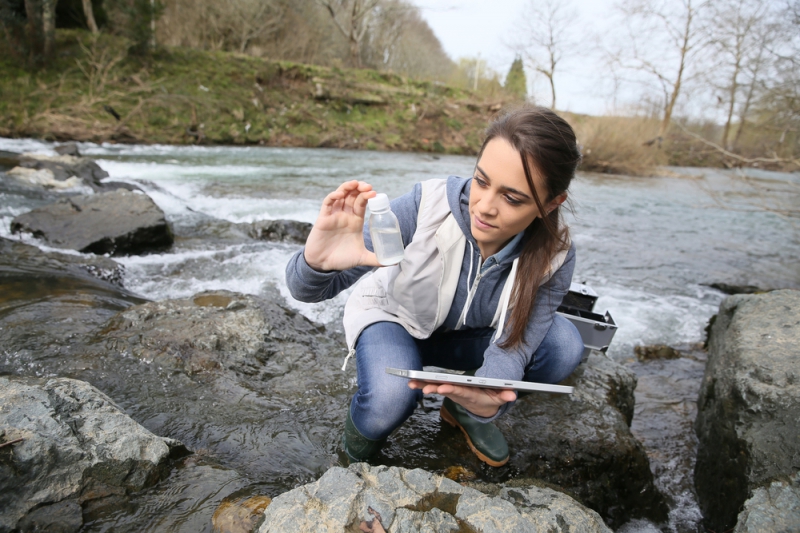 Citizen science is a concept that has to do with conducting research while engaging volunteers who don’t necessarily have a scientific background or any special training. Thousands of amateur researchers from all over the world partake in these kinds of activities. The involvement of such people often helps scientists reach specific goals as amateurs in different parts of the planet help gather massive amounts of data, and the most involved can even help analyze it. Julia Lorke, a specialist in science communication and researcher at the London Museum of Natural History, recently gave a lecture on citizen science, which took place at ITMO University.

Most activity in the field of citizen science happens in summer, and it’s not like you have to go to Australia to study bandicoot's habits or monitor water levels in North Carolina. You can help researchers and get a feel of what being a nature scientist is like from just about anywhere: while sunbathing on a beach, having a picnic, or even strolling in the nearby park.

Opaque as the air

It’s worth mentioning that the growing interest in making the information on local pollution levels more accessible has already become a global trend. For instance, in France, Israel, and Russia, startups that focus on providing such data in real time mode are becoming all the more popular. Among those are such projects as Plumelabs, Breezometer, Aerostate, and others. There are also official online systems, like EU’s Air Quality or Air Now in the US.

In many cities, local activists launch their own alternative initiatives. For example, the participants of the German Abgasalarm project conducted an experiment where they monitored the air quality in more than 500 locations in the country in the course of a month.

The Russian experiment no longer accepts participants’ applications, but the organizers invite the public to check out the initiative’s results, as well as take part in their other projects.

If it’s not just the quality of air that troubles you, but you are also interested in knowing more about all climate issues in general, you should check out different services like the ISeeChange platform that helps monitor climate change across the world. ISeeChange is a global community that brings together people who monitor changes in the environment, as well as help researchers gather associated data by sending it via a smartphone app. Each post made by volunteers is synchronized with data obtained by climate scientists and checked against the observations from NASA satellites.

In bulk, this information helps draw up a common picture that allows for monitoring climate trends all over the world. What is more, the platform’s developers note that volunteers’ participation in the project helps study such changes in more detail and assess the influence of climate change on people’s everyday lives.

The mobile app can be downloaded from App Store and Google Play; one can send their observations from any location on the planet. Apart from sending in data, participants can also communicate between each other in order to compare their findings or learn about the situation in different places first-hand.

You like to take photos of every unusual plant you see, and your Instagram feed already looks much like a Botany textbook? Then you should try citizen science services that help scientists collect data on plants and monitor the evolution of different species. Pl@ntNet is one such service that can also tell a lot about the plants you photograph. Its developers claim that the app can identify thousands of species of plants. The images you send are compared with those in the service’s database, and you can learn not just the plant’s name, but also its description and other useful info.

If you add a geotag to the image, the information you send will also be useful to scientists. By collecting such data, they can monitor species’ populations, and developers can improve the recognition precision.

As of today, Pl@NTnet unites 20 projects, including those dedicated to ornamental plants. You can download the app for Android and iOS, as well as use the service online.

Just recently, on July 27, the inhabitants of the Eastern hemisphere could observe the longest moon eclipse of the 21st century. This phenomenon also coincided with perihelic opposition of Mars. In August, we’ll be witnessing another major astronomical event: the Perseids, a starfall when one can observe over a hundred meteors in an hour.

If you are set on not just watching the skies, but participating in research in the field of astronomy and climate science on a regular basis, there is a range of apps that can help you do it. For instance, the Galaxy Zoo 2 project that has existed for almost ten years already collected detailed classifications of roughly 250,000 of the brightest galaxies. What is more, thanks to this initiative, a new type of galaxies has been discovered: the “Green Pea” galaxies that were often identified by the project’s participants. The service’s popularity led to the emergence of other similar projects. In 2009, the Zooniverse service that sets additional tasks to amateur researchers was launched.

Currently, the project unites many subprojects, including Galaxy Zoo and Galaxy Zoo Hubble, which makes use of images by the Hubble telescope, Moon Zoo, which studies the Moon by using the data from moon probes, Old Weather, which studies the weather of the past using the data from WWI deck logs, Solar stormwatch, which focuses on monitoring solar flares, and others.

Lately, citizen science also offers the opportunity to participate in research in non-science fields. For one, researchers from the University of Luxembourg analyze photos of road signs made by tourists in different parts of the planet in order to study the development of languages and cultural diversity.

“Road signs, signboards and such constitute the linguistic landscape of a place or a community. Oftentimes, signs that mean the same things but are executed in different manner can be used to trace the peculiarities of specific languages. Lingscape is an app for studying linguistic landscapes all over the world. Our key goal is to analyze the diversity and dynamics of public writing, as well as gather photos of signs in a common interactive map,” explain the initiative’s authors.

Basically, you can choose a project in a particular field on the many platforms that post different citizen science initiatives, here, for instance. But if you are willing to take a step further and dedicate the whole of your vacation to some research project, there are other ways of doing it. One of those is science tourism, which involves going on an expedition as part of a group of scientists and like-minded people. In Russia, there are both commercial and volunteer projects of this kind.

The Russian Geographical Society has many projects that have to do with science tourism. For instance, this year it launched a nationwide contest for participating in a camp on the Commander Islands. The expedition left on July 30 and will continue until September 30. The volunteers become part of the nature reserve’s team and participate in all of its activities, research included. The contest for this year has already ended, so you should plan for the next year and keep an eye open for new interesting projects and offers on the webpage of the society’s Youth Club.

The center offers to go on expeditions to Altai. There are ornithology and zoology weekend tours, as well as week-long expeditions that are conducted three times a year. In order to go on one, you have to write to the club’s head.

The availability of tours largely depends on weather conditions; for instance, this spring’s tour was cancelled due to cold and humid weather. You can follow the center’s news in their community in VK. Apart from tours and expeditions, the center has other projects, for example the Nature of Altai project on promotion of knowledge about particular species, an amateur project for studying the Red List species, as well as projects on monitoring particular nature reserves, which are conducted in collaboration with the Ministry of Natural Resources and Environment.

One of the most famous projects in the field of science tourism. According to its founders, all profits go to the needs of science. The project’s idea is quite simple: tourists pay for field studies that scientists lack money for. In return, they get to participate in real expeditions under the guidance of experienced researchers, as well as immerse themselves into a particular research field.

“Russian Travel Geek solves the problem via the symbiosis of science and travel. Scientists and science popularizers lead our expeditions, and tourists who join the project finance them. Scientists get access to the objects of research, and tourists get to experience the unique scientific outlook and access the planet’s most interesting locations,” comment the project’s authors.

Each expedition has a particular goal. This can be studying algae that exist in geysers, habits of polar owls or epos of native peoples of Wild Fields. The team works on three continents in more than ten different regions. Participation fees vary from 40,000 to 100,000 rubles plus transportation costs.

The project is aimed at space lovers and astrophotographers, with the purpose of promoting science tourism. Astroverts organize both group and individual tours to different observatories, to the Subarctic to observe auroras, and to launch sites to watch launchings of spacecrafts. Among the destinations for this year are Teriberka (location on the Barents Sea coast), Arkhyz, the Baikonur Cosmodrome, as well as observatories in Australia and Argentina. You can check the prices here.