Houston, We Have a Problem: the Dangerous Subtleties of Space Flights

It may seem that in our technologically advanced age of artificial intelligence and kid hackers, space flights have become a routine and safe activity with perfectly played-out procedures and unfailing equipment. But in reality, even the smallest of glitches can put the astronauts’ lives in peril, which makes space missions even more risky since you can never fully factor in all the possible hazards. In his open lecture at the St. Petersburg Lermontov Library, Alexander Khokhlov, an astronautics popularizer and design engineer at the Russian State Scientific Center for Robotics and Technical Cybernetics, talked about different predicaments that could happen (and really happened) during space flights. ITMO.NEWS publishes the highlights of his speech. 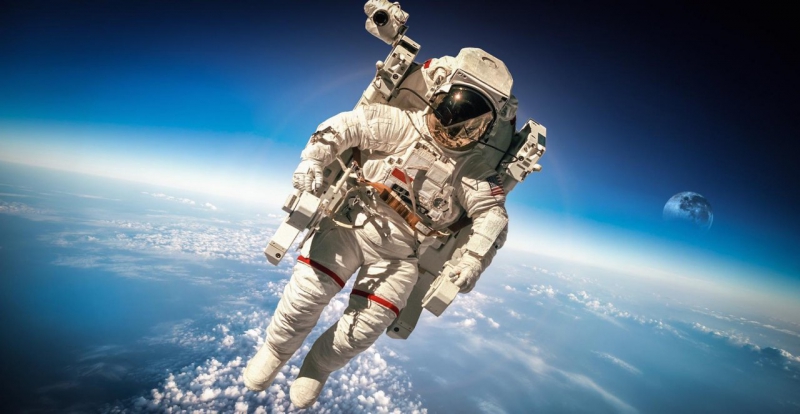 Rocket launch and landing are the most dangerous phases of a space flight. It’s much easier to deal with hazardous situations when you’re already in space rather than when you’ve just taken off or are returning back to Earth. We all remember the 1986 catastrophe of the Challenger space shuttle which exploded 73 seconds into its flight, ending the life of all its crew including the first civilian ever allowed on a space flight, a school teacher who was meaning to give a lesson from space. The shuttle wasn’t equipped with an emergency rescue system. But the worst part of this story is that it wasn’t the explosion that lead to the astronauts’ tragic demise: they died from massive overloads that happened when the shuttle was falling into the ocean. Another spacecraft, Apollo 1, never even made it to space, having been destroyed in a fire during a launch rehearsal. The disaster was caused by a short-circuit failure which led to a spontaneous combustion as the experimental atmosphere consisted of oxygen, not air.

More recently, the International Space Station (ISS) 16 mission’s return back to Earth was jeopardized when the astronauts were carrying out a ballistic descent; that’s when a spacecraft stone-falls to Earth rather than conducting a smoother engine-controlled landing. The stone-fall strategy implies that when entering the atmosphere, the spacecraft should face it with a heat shield that supports extremely high temperatures of around 2,000 degrees Celsius. But when the ISS 16 mission rocket was starting its descent, its assembly compartment failed to detach, which left the spacecraft facing the atmosphere with with one of its hatches. Luckily, the assembly compartment did detach before it was too late, which realigned the spacecraft’s position. But it was a very close shave as the later research showed that the astronauts only had two minutes before the hatch would collapse.

The many dangers of the International Space Station

There is a special red book on the ISS which lists the most dangerous situations that could happen on the station. This book consists of two volumes. The first one features threats to life, the most perilous of which is toxic substances infiltrating the station’s atmosphere. These include hydrogen nitride, which is present in the thermoregulatory system of the American segment of the station. There have been cases where astronauts had to repair this system from the outer space and were consequently exposed to hydrogen nitride flakes, so before returning to the station they had to check each other’s space suits to make sure there were no traces of this harmful substance left. As for when fires break out, it’s vitally important to quickly switch on the filtering system and disengage the ventilation so that the oxygen wouldn’t reach the ignition area. Each astronaut also has to put on an oxygen mask.

The Earth’s analog of ISS is the Jacques Yves Cousteau’s underwater living and research station. Both of these are examples of sealed spaces, with the only difference being that the ISS exists within the cosmic vacuum and the Cousteau’s underwater habitat is surrounded by water, which is even worse because of the high pressure conditions of the ocean floor. So it’s safer to live on the ISS, although the underwater stations inhabitants have it better in terms of having access to guilty pleasures like wine or smoking. There’s no way that the ISS staff would be allowed to drink alcohol. They can’t even use wipes if these have a trace of methylated alcohol in them as it can harm some devices located in the American segment.

For another thing, astronauts have to do at least two hours of exercise daily when they are in space. The Soyuz 9 mission proved the importance of providing crews with enough physical training, because in space, our bones and muscles do not have to work against gravity, so they start to deteriorate. After about three weeks in space, severe atrophy develops, which can cost astronauts their lives. That’s why the ISS is equipped with exercise machines, and astronauts have to wear special suits. However, too much strength training can lead to eyesight problems and back pain. There are two treadmills on the ISS, and if they both break down and it takes more than five days to fix them, the crew is evacuated.

It’s impossible to foresee all the risks

Italian astronaut Luca Parmitano almost drowned in his own space suit. During a space walk outside the ISS, he reported water in his helmet. The engineers in the Mission Control Center told him that it probably was drinking water from the water tube, so Parmitano swallowed it, but it tasted strange. Soon the water started increasing until it reached his ears. The mission was cancelled and Parmitano was told to make his way to the space station. This was a good call. He reached the safety of the station just in time; any longer and he would have drowned. As it turned out later, the water leaked from the suit cooling system.

The thing is that people working at the Mission Control Center often don’t have practical experience of using such devices. They have no idea of how these things actually work. Richard Feynman, an American theoretical physicist and member of the Rogers Commission which investigated the Challenger disaster, famously remarked that “nature can’t be fooled”. There was a warning from fuel safety specialists that it was unsafe to launch because of the weather conditions, but NASA didn’t take it into account.

Other space oddities and the new generation of spaceships

All astronauts undergo medical training as even the tiniest scratches or bruises don’t heal well in space. The ISS staff always has a certified medical specialist in its ranks, usually as part of the American team. Astronauts also have to sleep under the ventilators or else they would die from suffocation. Every Saturday, the station is cleaned with special wipes which kill off microbes and fungi. Another menace comes from the increasing amounts of space debris caused by rapid development of the private space industry.

Lots of new space missions are in the offing, for instance, the US-led space flights on the next-generation spacecrafts Orion and Dragon-2, as well as new trips to the Moon. But despite all the technological developments and extensive space missions experience the aeronautical science can boast today, there will always be dangerous situations arising during space flights. That’s why it’s crucial for astronauts to be professionals of the highest level possible. New spaceships’ first missions will be fraught with danger as unlike the long-serving Soyuz teams, their crew would be treading on a completely new ground. After we fly to the Moon, we’ll go to Mars, but I doubt that will happen before 2040’s.