How will we work with research articles in some ten years? Will they be digitized? And what will happen to such portals as Google Scholar or Cyberleninka? All these and other questions were discussed at the closing ceremony of the fourth conference Digital Transformation and Global Society, which was held at ITMO University. ITMO.NEWS publishes the highlights of the discussion. 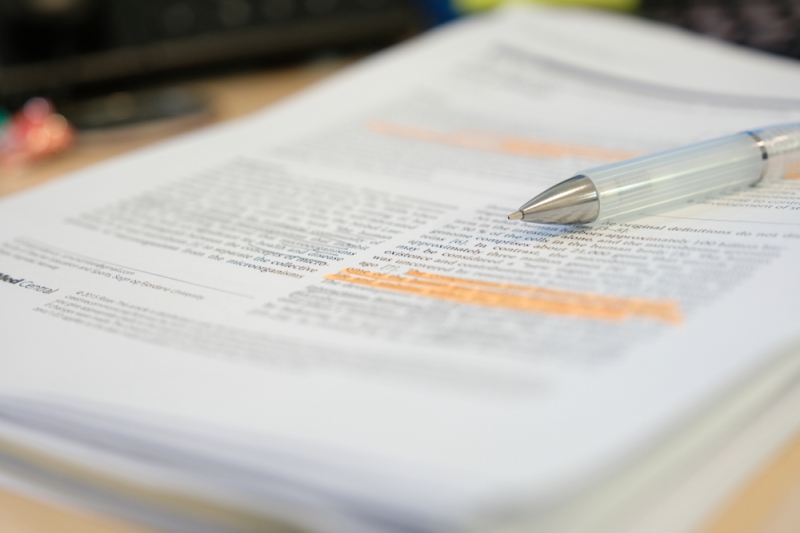 The conference Digital Transformation and Global Society (DTGS 2019) was held as part of the Information Society and Technology Week in St. Petersburg. The event brought together researchers in the field of digitization, technologies of smart cities and information security. The conference was accompanied by the Forum of Young Scientists, where Bachelor’s, Master’s and PhD researchers participated in informal discussions on their research. The conference ended with a plenary discussion session on data, digitized culture and digital society.

Among the highlights of the conference was a report by Alexander Antopolsky, Doctor of Engineering, professor and a chief research associate at the Institute of Scientific Information on Social Sciences of the Russian Academy of Sciences. In the period from 1992 to 2004, he was the head of the research and technical center Informregistr. In the whole course of his career, Prof. Antopolsky has been doing research in the field of information resources and information security. The researcher says that while in the Soviet Union, there was a whole system of science information, now this topic has become marginalized for leaders of Russian science and digitization, and it’s almost impossible to reach them.

Among the key participants of this kind of scientific communication are researchers and their communities, universities and institutions, funding organizations, publishers and other operators of scientific and technical information (STI), as well as various consumers of STI such as practitioners, students and others.

The Future of Scholarly Publishing and Scholarly Communication report posits that the main role in STI’s future development will belong to funding organizations, for example, the state. Ensuring open access to knowledge is seen as the mandatory, main way for development, and knowledge as the public good which should be protected by public law. The results of scientists’ work should include both publications and real-world data. The authors believe that the infrastructure should be fully open with no commercial monopoly over it.

“The authors of the report come to the conclusion that the development of science communication forms will primarily depend on the system of assessment of scientific results. Whatever we do, it’ll still be what our customers want us to do. The existing system, as we all know, doesn’t work as it should. Officials need a system that could be used to distribute money. But the scientific community hasn’t come up with such a system yet,” explains Prof. Antopolsky.

The international community has already formed its take on the problem. The European Commission has adopted a policy recommendation encouraging the member states to transition to open science. Currently, the developments are in the phase of the creation of a consortium of the funding structures and the formation of a plan. The overriding keynote is that everything created with financial support from the European Union and other structures joining the EU in scientific projects should be open to the public and free; that knowledge should be open for everyone to access. This has already led to conflicts with major corporations as to the conditions the latter should provide access to their materials on. Apart from the EU, the open science movement has been joined by China and many other countries and organizations, such as the Association of Independent California Colleges and Universities (AICCU), the lists of participants of which includes the likes of Stanford University and UC Berkeley.

In Russia, the concept of the Unified Russian Electronic Knowledge Space has recently been introduced. In one governmental decree, this term alone was described on five pages. Though Alexander Antopolsky considers that the emergence of the concept useful, he is cautious to add that everything depends on the specific interpretation ascribed and the kind of roadmap created for this project. The researcher and his colleagues also propose that the name be changed to “Unified Digital Space of Scientific Knowledge” because no knowledge is specifically Russian, and scientific knowledge should be divided into a separate group.

Alexander Antopolsky also put forward questions regarding knowledge aggregators, be it state ones or those emerging from the private sector. With the systems already in operation, he thinks it important to identify what is to be done with them going forward: privatize, nationalize or leave as they are now.

“I envision that the resources should be converted into some form of a knowledge space without the rules of their operation being violated. We have to accumulate all the libraries, archives, museums and social media (from 50,000 to 100,000 sources altogether), select the relevant ones, conduct an evaluation and create a core body of knowledge with its own metrics. This could give a large part of the public concentrating on the issues of scientific knowledge a new sense of purpose,” concludes Alexander Antropolsky.

But these propositions and visions of future proved to be at odds with those held by Irina Radchenko, a PhD in technical sciences and an associate professor at ITMO University. Reacting to Alexander Antopolsky’s presentation, she proposed taking into consideration the development of technologies and the impact the industry has on the academic community.

According to Irina Radchenko, the computational capacities have now developed so much that the humanity is close to developing a memory card with all the knowledge accumulated by scientists. This means that in the future, one will be able to buy a memory card with the full database of Sci-Hub for a sum of 200,000 rubles. The researcher thinks it fairly possible that five years from now, the industry will become the main driving force in the field of scientific and technological knowledge. In this situation, all the red tape and figuring out who is right and who has more rights to the funding provided will no longer be of reference.

The issue of scientific knowledge was in the center of a presentation by another participant of the session, Nikolay Borisov, a doctor of physics and maths and professor of St. Petersburg State University. He focused on the experiences of people who, for several decades now, have been involved in the process of the creation of information resources in science. For example, the staff of the Department of Information Systems in Art and Humanities, which has been in operation at St. Petersburg State University for 15 years now.

“What would be apt to include in the potential future system from the standpoint of regular computer users? First of all, we have to give some thought to safeguarding that what has already been created. In humanities, information resources often are of monotic nature. For example, researchers interact with a unique handwritten text in electronic form which has to be used over a long period of time. That is why the protection of humanities data presents a problem as urgent as that of the protection of rare languages. What is happening to them at this point in time? They keep on disappearing. The same can happen to scientific knowledge. It is because of this that we should be focused on efforts to safeguard it and create infrastructure needed to do so,” explains Nikolay Borisov.

In the conclusion of the discussion, Andrey Chugunov, director of E-Government Center, gave a summary of its results. In his view, the researchers considered topical problems of scientific knowledge from different points of view. Irina Radchenko presented the industry’s viewpoint, while Nikolay Borisov proposed a concept of a distributed repository which would function in conjunction with mechanisms for heritage conservation support. In the central report of the conference, Alexander Antopolsky suggested to look at how textual scientific knowledge expands to include a comprehensive definition of information resources and offered his vision of the future.