Well-known Russian entrepreneurs and representatives of major online learning platforms discussed their views on education, the role of diplomas in today’s world, and the need for universities to reconsider their approach to the learning process. 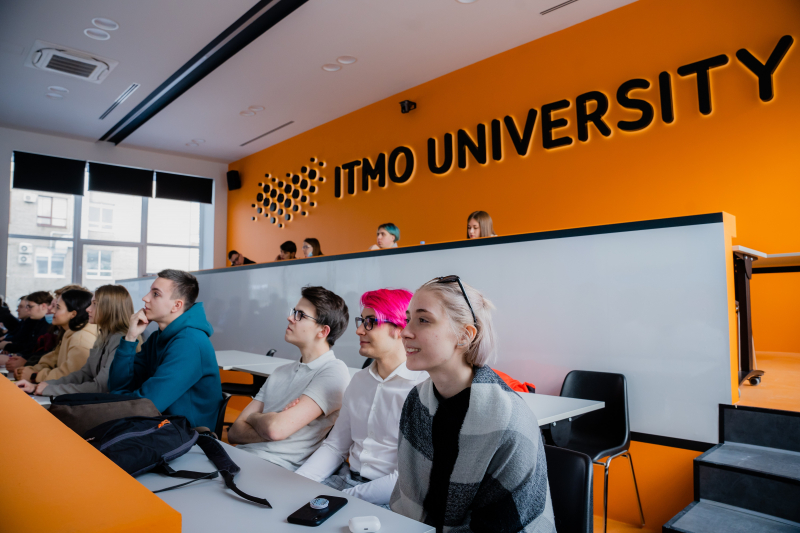 Clubhouse is an increasingly popular new platform on which all communication occurs solely in the form of real-time audio. Another of its key features – and one that’s ensured its striking rise in popularity – is that its users can enjoy talks by the top figures in business and IT, as well as celebrities such as Oprah Winfrey or Jared Leto. The app really blew up once the ranks of its users were joined by Elon Musk and Mark Zuckerberg, capturing the interest of the tech business and digital industry communities.

As explained by Alexander Gostev, deputy head of ITMO’s Event Management Office, the event’s aim was to gain an outside perspective on what’s happening in the world of higher education today.

“Clubhouse allowed us to quickly put together a roundtable of IT and education experts without making it into something big. We decided to set up a dialogue between not only the representatives of universities – such events happen all the time – but with people from outside the academia specifically. It was interesting for us to learn how people see higher education and what issues they have with it,” he said. “In addition to people from the online education community, we’ve invited Yaroslav Andreev, CEO of Wildjam, as a successful entrepreneur who has taken on a number of unorthodox projects – all of which succeeded. At the same time, he often points to the fact that he has dropped out of university not once, but twice. So it was interesting for us to hear his opinion. It was also interesting to hear from him what the kids on TikTok think about education; that’s quite a relevant subject these days.”

ITMO.NEWS covers the discussion and sums up the experts’ conclusions.

The first topic for discussion was put forth by Daria Kozlova. ITMO’s First Vice Rector explained how the university is looking for new ways to motivate students – including through gamification.

The speakers also discussed another important topic: the fact that applicants fight for spots at the nation’s top universities, but lose interest in their studies as early as in the first or second semester.

Netology (a major Russian online education platform – Ed.) co-founder Maxim Spiridonov expressed the opinion that this is quite a normal scenario: education must be about overcoming challenges, so that only the strongest and the most motivated are able to reach the end. Same goes for online learning: according to statistics, only 3-5% of all users who sign up for a Coursera course actually complete it. Some of the speakers confessed their own shortcomings: Yaroslav Andreev did not attend a single class from his 80,000 ruble online MBA course, while Daria Kozlova skipped the entirety of a remote course on splits and stretching.

Maxim noted that Skillbox and Netology have quite a large percentage of users graduating from courses: around 50-70%. Ilya Zalessky shared that this figure is even higher for Yandex’s educational projects, which can be explained by the students’ clearer understanding of their reasons for signing up to the courses. Approximately 70% of all graduates find employment within the first three months after receiving their certificate from Yandex, he added.

The main issue – as defined by the participants – is the students’ confusion about what exactly higher education will give them. Young people often go to university only because they’re pressured into it by parents and society; sometimes they don’t even have a choice in what to study. But there’s also the trend of school graduates rejecting higher education outright.

Yaroslav Andreev doesn’t consider it a major issue. When talking to young TikTok users (Dream Team House is a major Russian TikTok house founded in March 2020 – Ed.), he often tells them of the importance of self-education and self-development. For instance, Dream Team House often hosts workshops on acting, singing, or video production in order to prepare the residents for a future career outside of TikTok. But he doesn’t see a point in forcing young people to go to university and study economy or law.

“It was completely unprecedented: the number of applications to our course was massive. At one point we felt like we were Harvard. We picked three fields (copywriting, graphic design, targeted advertising) in which we wanted to teach these kids, for various purposes including training our own interns. We only had 100 spots and students fought hard to get in. I think the success of the course had to do with the confluence of three factors: first of all, there’s never been anything like it at a university; secondly, Setters has a rather active and loyal audience among students; and lastly, students feel a great need for practice,” she said.

The speakers point out the most common, in their view, issues which plague many Russian universities. Because the academic environment is rather strictly regulated by government institutions, many processes are overly bureaucratized and universities are seen as boring places where nothing interesting or useful ever happens.

That’s why, according to Maxim Spiridonov, 70% of all universities won’t make it in the modern world; the rest need to completely restructure the learning process and go back to their roots – to become points of attraction for enthusiasts of science and learning, places for discussion, debate, and generation of ideas. The curriculum must be reformatted towards teaching fundamental knowledge of physics, culture, philosophy, and so on.

Ilya Zalessky was trenchant; he pointed out that universities aren’t just places where one can study, but that they’re also home to research centers with a wealth of materials and resources for fundamental and large-scale research. For that reason, the solution is not to reject the entire system of higher education, but to strive towards synergy between educational platforms, companies, and industrial partners – for instance, in the form of joint laboratories and research projects. This would help provide students with practical training in addition to learning theory and ensure that graduates enter the job market having already acquired work experience.

For example, one practice worth looking into is Duales Studium, actively employed by German universities. Collaboration between educational institutions and companies gives students an opportunity to study and work at the same time, guaranteeing they graduate not only with a diploma, but with employment prospects, too.

At the end of the discussion, all of the speakers shared their views on the main issues of modern universities. Maxim Spiridonov pointed to the “coldness and dullness” of lecturers and administrative staff and stressed the need for hiring staff who are truly enthusiastic about teaching.

Ilya Zalessky emphasized the importance of providing students with some sort of a career roadmap to help them understand from the start how they’ll be able to apply their knowledge and skills in the future.

Aleksandra Zharkova noted that students generally need to be given a more honest and open explanation as to what higher education can provide and why it’s needed; and that it’s important to create a flexible educational environment not only offline, but online, too.

Sergey Mardanov spoke about the need to change the perception of universities as boring places; Daria Kozlova talked about ITMO’s experience with reformatting itself from a place for “learning only” into a comfortable environment for work, socializing, and extracurricular activities.