This Saturday, May 1, was Labor Day – an internationally recognized holiday that was deemed one of the most important in this country’s predecessor, the Soviet Union. In today’s article, we'll take a look at some of the terms and phrases that were, and still remain, characteristic of those times. 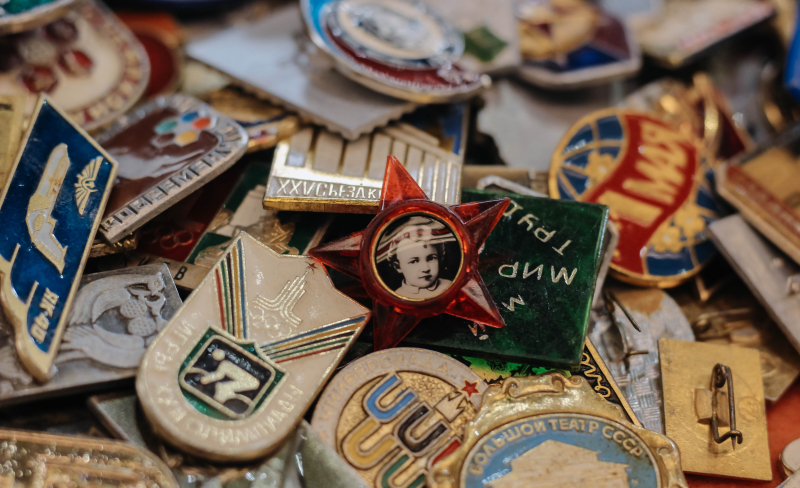 The May 1st demonstration of 1906, portrayed by a Russian artist Boris Kustodiev. Credit: art-catalog.ru

I’d bet that the term most commonly associated with the Soviet Union (at least as far as Western movies go) is “comrade,” or “tovarisch.” While it’s common knowledge that this term was used to address others, there’s a couple of things to it that you might want to note.

First of all, as a way of addressing someone, tovarisch isn’t neutral but rather positive; you don’t call a “tovarisch” someone you don’t like or wouldn’t like to be associated with. There’s even a commonly used retort – “Тамбовский волк тебе товарищ” – literally “a wolf from Tambov is your comrade”, meaning “you’re no comrade of mine”. A neutral way to address a person is “grazhdanin” – citizen.

Another peculiarity is that while “tovarisch” is masculine as far as grammar goes, it can be used to address men and women alike: the Soviet Union was big on equality, gender equality included. You usually use the word with a surname (if you know it), or occupation. The latter is still used in the army, to uphold the sense of unity, much as the term “grazhdanin” is used in court.

The second term, or concept, is “план” – plan, or The Plan. As the Soviet Union had a planned economy, “fulfilling the plan”, usually the nationwide five-year plan (“пятилетка”), often too formal and rather far-fetched, held utmost importance. Needless to say, this had its effect on culture; one expression that is not directly related to plans but reflects the spirit of those times rather well is “назначить добровольцев” – “to appoint the volunteers”. You see, Soviet citizens were expected to do their best – and even more – to help fulfill the plan, and volunteer for the essential tasks that often had to do with overtime, so at many occasions, “volunteers” for such assignments were simply appointed. Unfortunately, such formalities, much as the notorious bureaucracy, were huge in the state; quite ironically, план is also the word for cannabis in late Soviet slang.

Something of the Soviet speech that is still quite relevant are Soviet abbreviations. In the early days of communism in Russia, the country’s leaders sought to overhaul the people’s outlook and culture. Along with a nationwide campaign against illiteracy, they also tried to introduce new language, one that would be more rational and down-to-earth as opposed to the “decadent” lofty speech used by the officials of the Russian Empire. Abbreviations became very popular at that time, as they helped double the long literal names in a simpler way; for one, the very name of the campaign against illiteracy (“ликвидация безграмотности у населения”, elimination of illiteracy in the population) was abbreviated and commonly referred to as Ликбез ("likbez"). This word is still used today, with a slightly different meaning: a crash course, or something one of the “for dummies” books.

Abbreviations are also widely used in today’s academia. In Russia, a thesis is often referred to as ВКР (выпускная квалификационная работа, graduation qualification work), a research university – НИИ (short for scientific research institution, “научно-исследовательский институт”), the Russian Academy of Science - РАН (“Российская Академия Наук”), and so on. Finally, almost every university in Russia has a short abbreviated name which is commonly used instead of the long full version, like МГУ for Lomonosov Moscow State University or СПбГУ for Saint Petersburg State University. Since 2019, ITMO has been an exception to this rule, but even its new official name stems from an older abbreviated one, Институт Информационных Технологий, Механики и Оптики (Institute of Information Technologies, Mechanics, and Optics).

While the above may sound somewhat weird and obscure, let’s finish with a more simple and life-asserting concept – which is also a Labor Day tradition. “Субботник” (vaguely translated as “[something] that’s done on Saturdays“, or “Saturday event”) is when people really volunteer to gather on a weekend, usually on Saturday, and do something for the common good – usually, this has to do with groundskeeping, collecting recyclable materials, and so on, things that are done outside. The first nationwide subbotnik was organized on May 1, 1920, and though no-one really cares about this date anymore, subbotniks usually take place in spring.

Well, that’s it for today. See you next time!