Russian Superstitions: Some Do’s and Don’ts

“Did you just sneeze? Fantastic, it must mean I am telling the truth!”. You might wonder what that’s all about but in Russia, you shouldn’t be surprised that anything you do might be a sign of good luck, bad luck, more money, less money or maybe even not getting married for 7 years. Simply choosing what part of the table to sit at could seal an unlucky fate for you. If you haven’t been to Russia long, this article will help you learn about some of the more common Russian superstitions - and their unusual consequences. 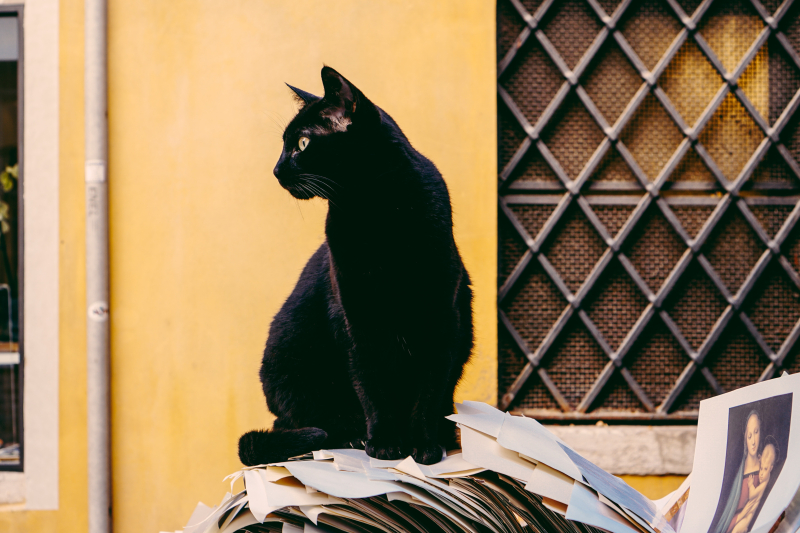 Let’s say you have some Russian friends and they invite you over for a dinner party. There’s a few things to keep in mind before your visit. The first is, don’t ever greet someone over a threshold, that’s BAD luck, that is, if one of you is inside, the other is still outside, don’t shake hands, try not to have a conversation either, just get in and do your greetings and friendly remarks while you’re all on the same side. Also keep in mind that you can’t shake hands while wearing gloves: it doesn’t matter what the temperature is, you have to take your glove off before you offer your hand out.

Some more things you might want to consider once you’re at your dinner party: if you’re an unmarried woman, you may want to avoid sitting at the corner of the table; if you do, you won’t get married for 7 years.  I’ve had a few such unfortunate instances since I came to Russia, so I think I’ve accumulated about 21 years of single life ahead of me.

A few weeks ago, I was sitting in a small living room, and since there weren’t enough chairs, a few people were sitting on the floor, and one of us had her legs stretched out. Nothing unusual so far. But I noticed that when someone in the room went out and stepped over her legs, she asked him to step back over on return. I was a little confused by the statement. Why should she step over again, what’s the fuss? And then, I learned that you aren’t supposed to step over any part of a person’s body who is lying down or sitting on the ground, and if you do - you may not believe this, but - that person WILL stop growing. The only way to lift the curse is to step over them again, from the other direction.

The next thing is that if there is a bottle of wine and it finished, you have to make sure that it doesn’t go back on the table, or everyone could potentially lose a lot of money as a result. All empty bottles must go on the floor. Also, if you’re planning to bring a gift, do not bring a clock, don’t bring anything sharp, and if you want to give a wallet, make sure it has money in it. You might want to consider a few other tips from this article too.

In Russia, there are also lots of ways of inadvertently making money, based on certain situations taking place. Here’s a list of a few bad things that might happen to you and their possible good consequences:

While the only one that’s really happened to me recently is number 6, I was pretty relieved to find out that breaking my teapot was not a bad thing after all. Now, if you do make a bit of money through these means, make sure not to lose it again by whistling. If you whistle indoors, you will lose ALL your money.

Some of the best superstitions are associated with exams! If you tell your friends you’re going to take an exam that day, while I’ve always been accustomed to the standard “good luck, you’re going to do great!”, in Russia your friends might start swearing at you and telling you that you’re an idiot. They most likely will also tell you “ni pukha ni pera” (no fur no feather), which means they’re wishing you to “crash and burn”. The proper response is “k chortu”, i.e. “to hell with you”. The second part is mandatory, some friends might not let you leave until you say it. Trust me, they mean well. It’s supposed to bring good luck too. Or they’ll start spitting over their shoulder or making a “foo foo foo” noise, which is a more animated local version of the English phrase “knock on wood”. If you say something out loud and want it to come true, you knock on wood three times so as not to jinx it. If you can’t find wood, it’s ok to knock on your head.

My favourite, of course, is that when someone sneezes, whoever was talking at the time must’ve been telling the truth. There are so many more interesting and very widespread superstitions such as these that are so ingrained in the language and culture that most people have stopped thinking about their validity but rather think of them as social norms. Just remember, if you’re learning the language, it’s a good idea to learn these interesting elements too! You’ll do great!  (Foo foo foo!)