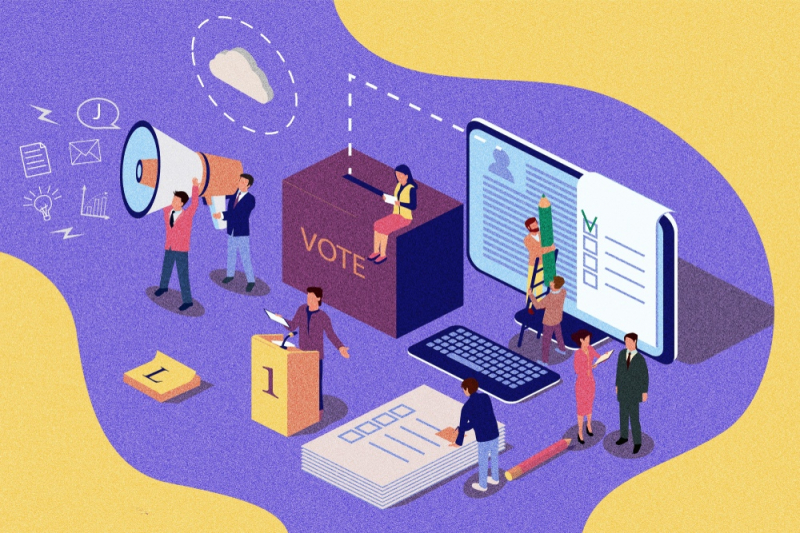 The event was organized by the eGovernment Center of ITMO’s Institute of Design & Urban Studies. Its goal was to discuss the results of a major research project on monitoring the resources of e-participation in Russia in 2020 that was conducted by the Center’s specialists in December 2019, as well as to determine the future development paths and come up with specific recommendations for effective operation in the future.

e-participation has to do with the use of IT to involve the public in the  decision making processes of governmental authorities and the development of the state’s policies. Among the examples of e-participation channels are various resources such as Your budget as well as other services aimed at collecting reports from citizens about specific problems, resources for initiatives and petitions, and so on.

According to Andrey Chugunov, the head of the eGovernment Center, its specialists set the goal to study e-participation in various aspects. They placed a focus on the emergence of social institutes, institutional connections, and the specifics of the electronic interaction mechanisms between citizens and the government.

In November 2020, ITMO specialists presented a ranking of regions by the development of e-participation platforms. According to its authors, the ranking reflects the degree in which regional authorities are ready to discuss the current issues with citizens with the use of digital technologies.

Then again, Andrey Chugunov underlines that these are just the early stages of the work that has to be continued widely involving the expert community from the regions.

“We understand the limited nature of the research that we did. It’s just impossible to meticulously analyze these processes without access to information from governmental agencies and local authorities. We stress that our research isn’t about the quality of operation of specific regions but the opportunity for the citizens to use the e-participation channels, and the state of their development,” he explains.

Reaction of the expert community

As part of the seminar dedicated to discussing the results of the research, its participants reviewed its conclusions as well as offered recommendations on future development.

Dinar Sharafutdinov, the Deputy Minister of Digital Development of the State Administration of the Republic of Bashkortostan and ITMO graduate, underlined the relevance of the research. He noted that electronic services help regional authorities make important conclusions by collecting analysis on the population’s demands and complaints, and help citizens partake in the process of governing the region and influencing its policies.

According to him, there are now many entry points for citizens to express their opinions. This is why developing a platform approach and creating citizens’ common digital profiles is so important.

This will help tell how active a specific citizen is, what they are interested in, which initiatives they participate in, even if they use various platforms. Such an approach can help authorities offer better proactive services and efficiently involve citizens in the development of their regions and the country in general.

The expert believes that this is what the creation of common databases and categorizers for the topics of citizen queries is intended for.

Petr Ivanov, an advisor to the head of the St. Petersburg Information and Analytical Center, mentioned the necessity to account for various factors that influence the speed of authorities’ response to citizen queries. He also stressed the importance of further research on the channels of interaction between the authorities and citizens on various levels.

Alan Salbiev, the head of the North Ossetia-Alania Office for Information Technology and Communication, brought up the topic of the pandemic’s effect on the processes of interaction between citizens and authorities on regional and municipal levels.

For one, following the order of the President, the Centers for Regional Management opened across the country by December 1, 2020. Those are common monitoring centers that collect and process all citizens queries associated with the life of a region. The centers will also create analytical materials that will characterize the social and economic situation in the region, as well as proposals on its development.

In connection with the introduction of these novelties and other changes that took place this year, the expert advised the report’s authors to renew their methodology for the upcoming  stages. At the same time, he praised the correct formulation of the purpose of the research.

Agreeing with another speaker, Galina Stashevskaya, the vice head of the Department of E-government Development of the Ministry of Digital Development, Communications and Mass Media of the Russian Federation, Alan Salbiev also noted the creation of the Feedback Platform. The experts called it an important step forward within the context of interaction between Russian citizens and the authorities.

According to Galina Stashevskaya, a testing of the project and its functionality took place in the beginning of 2020. Two of the platform’s components – working  with citizens’ queries and messages as well as voting, public hearings and discussion of the issues citizens find relevant – are already being introduced in the regions. In the future, there are plans to introduce the all aspects of the platform.

The expert noted that the current task is to integrate the Feedback Platform with the existing solutions that had been reviewed by ITMO experts. She also expressed hope for future collaboration, as the tools the researchers offer will be of use in joint projects.

According to Andrey Chugunov, the researchers are planning to do a report using the new data of 2020-2021. The data on the development of the Centers for Regional Management and the Feedback Platform will be included in it as a separate section.

What’s more, the team plans to launch pilot projects in the regions in order to study the various efficiency aspects of electronic feedback mechanisms. For this purpose, they need to identify the more active regions that want to collaborate with the eGovernment Center of ITMO’s Institute of Design & Urban Studies.

“Our goal is to do a detailed research of e-participation, we want to understand what it depends on, how it affects economic development, the quality of life, the feasibility of introducing smart city components in specific institutional ecosystems. At the same time, we are ready to assist regions with developing methods for assessing the quality of e-participation. The development of such methods and metrics is essential for improving the quality of operation of governmental and local authorities,” comments Andrey Chugunov.

According to the seminar’s organizers, the experts formed specific recommendations on getting precise data when analysing e-participation resources following the event’s results. What’s more, the participants discussed the planned changes to the system of e-participation and identified the promising topics for further study in 2021.

Representatives of the government expressed their interest in future research of the eGovernment Center’s team that can be used for the purpose of solving citizens’ problems.

We’d like to add that the development of monitoring methods for Russia’s e-participation resources is conducted by the eGovernment Center with support from the Russian Science Foundation as part of the project №18-18-00360 “E-participation as a factor in the dynamics of politics and policy-making.”