Didymosphenia Geminate: What Does Make It Strong?

An international team of researchers, which included ITMO University scientists, discovered that stalks of diatoms called didymosphenia geminate were so strong because of a nanocrystal frame consisted of calcium carbonate. Advanced Functional Materials, one of the most authoritative scientific journals, published the article in the last issue. 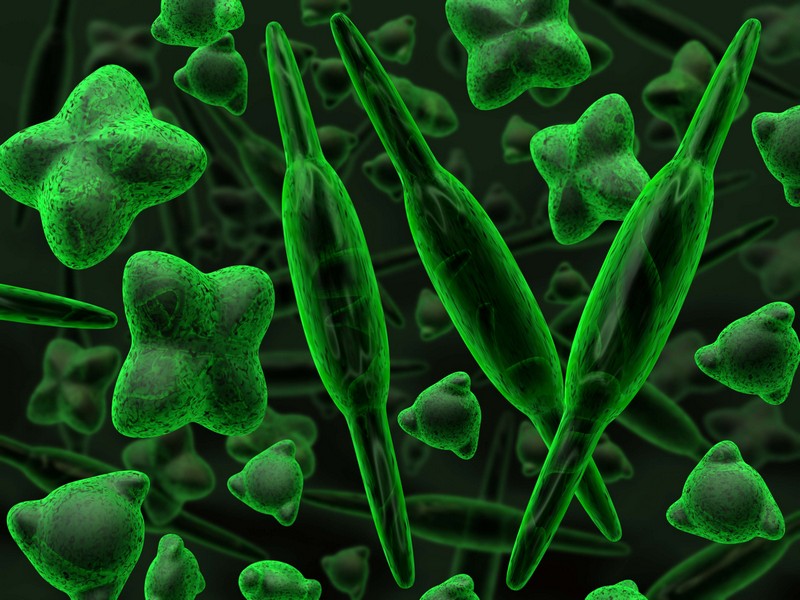 Synthesis of biominerals provided by diatoms is a well-known phenomenon. These microorganisms are the most widely-distributed group of algae, which accounts for up to 25 per cent of all organic organisms. They build up their cell walls using silica dioxide. Some fresh water diatoms also synthesize slimy stalks that are very strong and flexible. It gives them an opportunity to cling to underwater stones and aspire to a water face to get sun light.

The research group consisted of American, French, German, Polish and Russian researchers was guided by Hermann Ehrlich, professor at Freiberg University of Mining and Technology. The scientists analyzed nanostructural characteristics of these stalks and the process of their synthesis. While researching  Didymosphenia geminata, one of diatomic species they found out that after clinging to stones a single cell of the alga starts secreting enzymes, which dissolves calcium contained in stone structure. Using carbon dioxide the cell synthesizes a polysaccharide microcapillary-shaped stalk and then “constructs” within it a nanocrystal frame consisted of calcium carbonate.  Thanks to its` structure the stalk helps cell to be closer to a water face. It was the first time when synthesis of crystal calcium carbonate by such siliceous microorganisms as diatoms was researched.

“The materials consisted of both organic and inorganic components can be widely applied for various technologies. For example, while developing superstrength thin one-dimensional coupling elements or two-dimensional grid construction,” commented on Sergei Molodtsov, one of the authors of the article and head of Transnational Scientific and Education UNIFEL Center for Advanced Methods of Materials Research. ”To know all peculiarities of a material one should analyze its` atomic and electronic structures and know such information as interatomic space and ways of how electrons move around atoms. That’s why we used photo electronic spectroscopy and X-ray absorption spectroscopy methods used by UniFEL`s researchers.”

According to a hypothesis set up by the international researchers, the alga actively consumes oxygen to construct stalks because there are too much of it in atmosphere due to pollution. Thus the alga prevents our planet from CO2.

Didymosphenia geminata represents danger to river ecosystems, disrupt ecological balance and become a reason of impossibility to use reservoirs for such purposes as water-power engineering, irrigation and recreation. When this alga was found out in New Zealand one decided to exterminate them. This anomalous growth was probably caused by the reaction of the “immune system” of nature to carbon dioxide excess. Didymosphenia geminata also growths in the Russian rivers nearby Baikal.