Students and faculty at the Chair of Engineering and Computer Graphics at ITMO University continue to collaborate with Tallinn University. ITMO U representatives visited their colleagues at the conference, dedicated to Global Accessibility Awareness Day, and during specially organized sessions told them about the current research of graduate students at the Chair. 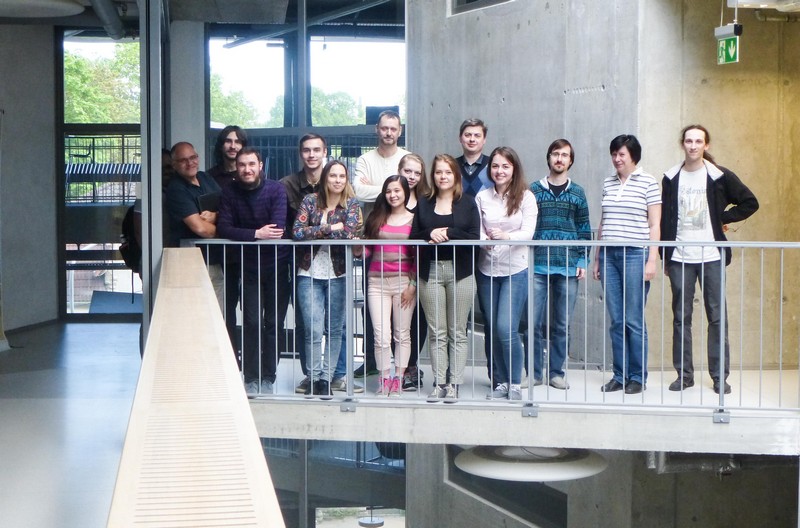 According to Artem Smolin, head of the Chair of Engineering and Computer Graphics, Tallinn University is one of the main institutions that train designers and interface developers. Having signed the cooperation agreement last year the universities launched full-fledged student exchange project including participation in short-term programs and joint events.

“Tallinn University is flexible and open for cooperation. It is very easy to keep in touch with its` representatives. The long-term and non-degree programs initiated by Tallinn University are appreciated all around the world. Furthermore, international professors often visit it to share their experience with students and PhD researchers. Their interest in ITMO U means that our colleagues respect our achievements in graphic technologies and human-computer interaction,” said Mr. Smolin. Representatives of Tallinn University initiated a pitch session for Russian colleagues at which ITMO U Master`s students presented their research projects in the field of human-computer systems and discussed them with mentors. For example, Julia Konstantinova provides optimization of the interface of Blender, well-known 3D graphic editor. Currently it is not easy for a beginner to learn how it works. Thus the project of Ms. Konstantinova contributes to making this program clearer to understand. Kamilla Murzanova develops recommendations for creating new interfaces of bidirectional web-systems that serve as interaction platforms for customers who present their products through that and clients who buy them. Tatiana Vasilyeva constructs an interface for usability testing systems` automatization. Ms. Vasilyeva plans and organizes such processes as information gathering, data processing, respondents` control, recording time of scenario performing etc.

ITMO U` delegates also took part in the Conference devoted to Global Accessbility Awareness Day, which aims to attract the attention to digital accessibility and users with different disabilities who cannot use common devices. For example, one of speaker who suffers from blindness, showed how he use modern gadgets. The guests also looked at a collection of clothes for people with physical disorders. The next significant event dedicated to interface designing will take place in the mid of summer 2016. Tallinn University Summer School will open its` doors for for students and young researchers. Every year the course takes place in different European cities. It means that ITMO U can host this event next year.

“Our colleagues have been giving this course for five years. In recent years lecturers pay more attention to prototyping technologies. In 2017 organizers will offer a program focusing mostly on physical interfaces. During two weeks students are expected to develop a demo prototype of, for instance, wearable device. This year Research Methods in HCI will take place in Croatia. We will try to welcome international school participants at ITMO U. We have already discussed it with David Lamas, head of Interactive Design Lab of Tallinn University,” noted Alexey Lavrov, senior researcher of the Chair.

The experts of the Chair of Engineering and Computer Graphics in alliance with Estonian colleagues plan to organize a conference & workshop devoted to Global Usability Day.