The French Came to ITMO U to Build Their Own Telescopes 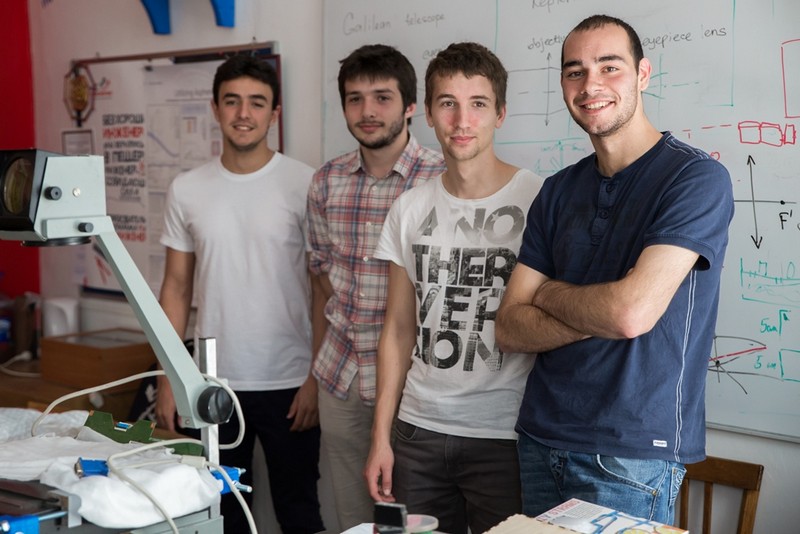 Usually a class schedule of these short-term programs depends on background of students who take part in it. This year Camp in Optical System welcomed third-year students who had already had basic optics course. However they had no experience in optical systems developing that is why before to come to St. Petersburg French students followed an online course in optical engineering.

“All of us aimed at assembling the telescope. However each project was unique because we had enough freedom to make our own working plan – some of us created a system based on telescope mirrors, others assembled refracting telescopes. So we had an opportunity to use our creative thinking…” noted Adrien Rossille, one of IOGS`s students.

The students coped with the challenge. They learned optical systems from scratch, constructed the system and then monitored its’ quality. French students worked under the guidance of associate professors and PhD students at Chair of Applied and Computer Optics.

There were six hours of classes a day. In the morning students had theoretical lectures, than a break time and after that they applied this knowledge to practice using special programs for optical systems’ construction. It was the first time for young researchers from France when they came to ITMO University. However the experts of the Chair had organized several summer camps in optical systems for Chinese students. This new program was a result of activities made by Institute of International Development and Partnership. Last year its’ staff members visited French partner universities to discuss international educational programs with colleagues. Currently Russian researchers plan to launch in alliance with Institut d'Optique Graduate School an exchange program and then turn it into a double degree program.

According to Theo Larrieu, who also took part in the camp, French students are very interested in studying optics here because there are two main optical communities – one of them is in France while other one is in Russia.

“It was a wonderful opportunity to study the same things using completely different approach. Skills that I obtained while following this program will be very useful for my further research and studying. Furthermore, I always wanted to visit Russia,” concluded Mr. Larrieu.