Scientists at ITMO University together with colleagues from a number of universities around the world completed an experiment gathering data at an Indian celebration Kumbh Mela, which is one of the largest festivals in the world. With the information collected we can more effectively study processes within a city and predict human behaviour during large and crowded events. 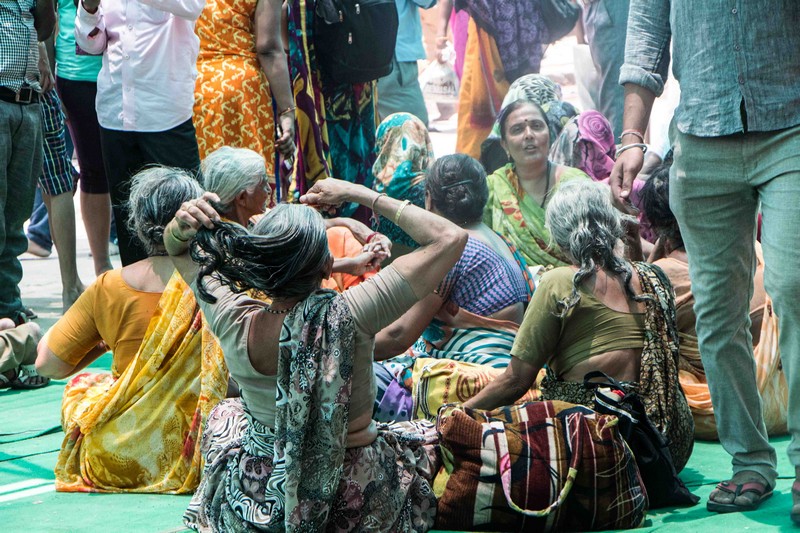 Kumbh Mela is the largest religious festival and involves the pilgrimage of 100 million Hindus to sacred Hindu cities. It is held every three to four years at one of the four places by rotation Allahabad, Haridwar, Nashik, and Ujjain, where they bathe in the local rivers to cleanse themselves of all sins. Kumbh Mela gathers a record number of people in one place – according to media reports, from 22 April to 21 May 2016, 70 million pilgrims visited Ujjain. During this period, researchers, including a number from ITMO University, Indian Institute of Technology and University of Amsterdam, conducted an experiment in Ujjain where they gathered data regarding human crowd dynamics. eScience Research Institute at ITMO University together with foreign colleagues are creating mathematical models for solving complex social systems in order to predict their behaviour and learn to influence them, and Kumbh Mela has become a unique source of information for their work.

“A lot of unexpected situations can occur in a crowd – someone runs somewhere, panic arises, people can start pushing each other. We use scenarios such as these to model the behaviour of social systems, for example, to make an evacuation plan for an unfinished stadium “Zenit-Arena”. However, in Russia, it’s difficult to get 50 million people in one place and analyse what and how things will happen in reality, in India this takes place regularly. We had an opportunity to observe how flows of people are organized and managed in mass human gatherings, so that we can use this knowledge in the future. – explained Ksenia Mukhina, Masters Student in the High-Performance Computing Department.

The researchers recorded many hours of video, and with the permission of local officials, gathered recordings of fixed surveillance cameras, took 1,000 photos, organized data collection about the dynamics of movement within a crowd with the help of special sensors – each of them sends an ID number, and records the IDs of sensors nearby. Through this approach one can identify constant connections inside the crowd and determine where people organize in groups, if they stay in one place, and who actively moves through the festival.  With the assistance of students of Indian Universities a number of interviews were also conducted in which scientists were able to collect information not only about the flow of movement of people but also how they interact with each other. “Over the course of the month, we became acquainted with various languages, cultures and beliefs of the pilgrims travelling to the shores of Shipra river from different corners of the world. To repeat a similar experience outside of the festival, we would have to travel across the whole of India. We want to look beyond the data and consider in more detail, what is hidden within people’s behaviour, how they perceive their participation in the festival, how they gather in groups and make joint decisions. The methodology we used for data collection, was based on a similar pilot study that we conducted in December. The difference is that the interview procedure was modified, we updated the questions and their structure based on our experience as well as the context of the festival. This time we tried to receive more full, continuous and rich details of interviews with pilgrims and with the help of our indian colleagues we are planning to translate, encode and analyse the data collected in the near future. – explained Danil Voloshin, post-graduate student from the High-Performance Computing Department.

Using data picked up during the meeting in Ujjain in December 2015 the researchers organized preparatory crowd behavior modeling. The main difficulty connected with quick data processing was caused by scattered data – using all acceptable data sources specialists could control only separate areas instead of the whole system.

“In December we analyzed the city map and building plans but the only thing we got was a primitive model of crowd behavior. Currently we are not versed in methods` validation completely. However having researched new conditions we tried to model everything we saw,” said Andrey Karsakov, engineer of Research Institute of High-Tech Computer Technologies. “During the celebration one can see predictable crowd traffic inside the temples. We installed video cameras in different locations to record it. However we have to see the whole traffic scheme and that is why we provided preparatory modelling. We developed a set of rules to make the correct model, which correlates with video footage,” noted Sergei Ivanov, senior researcher of Research Institute of High-Tech Computer Technologies and head of International Research Center "Urban Informatics".

The research of complex social systems' behavior will help to develop security recommendations that aim to make public events safe. According to Alexander Boukhanovsky, this experience will also contribute to studying various urban processes such as the spread of infectious diseases. It is easy to make a model of sexually transmitted infections' spreading because patients usually remember their sexual contacts. However it doesn't work when one deals with the flu because spreading of this infection can be analyzed only by crowd research.

“There is no need to determine who sneezed first, we want to understand how urban spaces and their structure affect the spreading of infections. A model consists of cause-effect relationships between the characteristics of objects. The main aim is to embody these relations. The information can be represented not only as math formulas, but also as a computer code, which serves as a “box.” We put something inside this box, which processes the information and then gives something different as a result,” said Mr. Boukhanovsky. “The characteristics of objects can be represented as the speed of each participant, which differs from the speed of the whole crowd, sum of the various directions that forms the crowd path and people flow density. Using the correct model we can understand what happens at locations we can't observe as well as predict the way the system will act.”

Sergei Ivanov noted that thanks to the high population density of India specialists can research various issues, for example, urban studies. That is why St. Petersburg researchers are going to keep in touch with Indian colleagues.

“We have submitted the application for one more research experiment. We want to analyze how participation in public events affects disease spreading. While staying in Ujjain we heard about the mass poisoning, some 40 tourists from Japan fell ill with something. It is interesting to study such situations. Moreover, Indian experts are interested in technologies. We are likely to continue joint research work at the next Kumbh Mela in 2019,” summed up the expert.