This summer Jaime Lerner, Brazilian politician and urban planner visited St. Petersburg. Mr. Lerner contributed a lot to social, ecological, and urban reforms of a Brazilian city Curitiba. By comparing urban texture with turtle’s shell and looking for similarities between cars and mothers-in-law he explains what one should do to find reasonable and useful solutions for big cities. 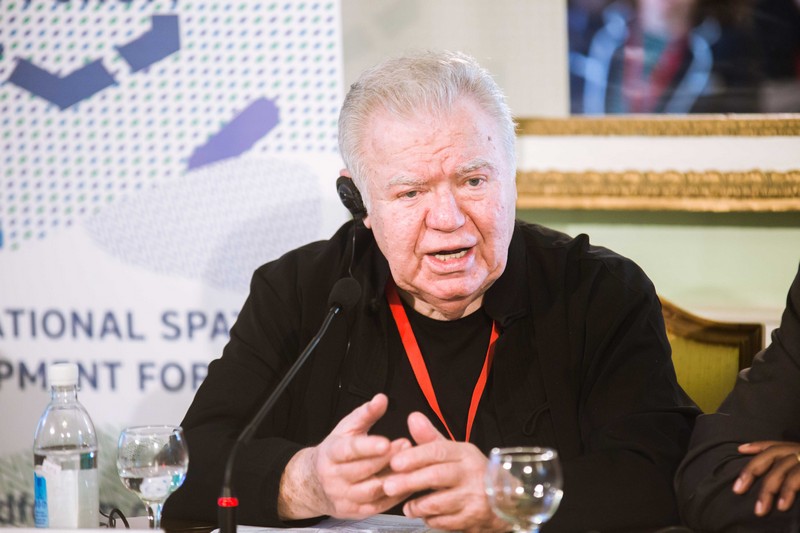 During many years I made some speeches starting with a saying “City is not a problem, it is a solution.” And more and more I am convinced that not only a solution for a country but it is a solution for a problem of climate change. But we have a very pessimistic approach about the cities. I am working in cities for almost 40 years and every mayor is trying to tell me “oh the city is so big”, other mayors are telling we don’t have financial resources. I would like to say from experience that I had. Every city in the world can be improved in less than three years. It is no matter of scale, it is not a question of financial resources. Every problem in a city has to have its’ own equation of coresponsibility and also its’ design project.

I want to introduce some characters from my book I wrote for teenagers. The best example of quality of life is turtle because it is an example of living and working together. And when you look at its’ shell you realize that it is like an urban texture. And if one cuts the shell how sad she is going to be. That’s what we are doing in our cities living here working there and having leisure somewhere else. And more and more people leave so as to live outside the city. The other character is automobile Otto. He is invited for a party he never wants to leave. When chairs are on the table he is still drinking. He is an egoist. He carries only one or two people. He asks always for more infrastructure and free ways.  He is very demanding person. On the other hand we meet Accordion, friendly bus who carries 300 people and doesn’t complain.

I want also to focus on the idea that everything has its’ own design. Curitiba is my native city where 1,800,000 people live in. Every city apart from its’ problems has the role which is to act humanely toward people. It includes such issues as mobility and sustainability.

The system consists of boarding tubes. They give buses the same performance as the subway. It is “metronizing” of the bus. One can pay before entering the bus, handicapped can use it as normal system too.

Green buildings, new materials and even new souses of energy are not enough to build sustainable system because cities should have concepts and design projects. I usually say that a car is like your mother-in-law. You have to have good relationships with her but she cannot take command of your life. Besides, more than 50% of carbon emissions come from cars. That is why the rarely we use cars the best quality of life we have. The idea of mobility is based on connection between all transport systems. In 1983 we proposed this system for Rio de Janeiro. It was about how to connect subway and buses. Of course, almost everyone was against at first. However 23 years after we were asked to develop this system. Using it passengers can appear at a bus stop without leaving the subway. However I don’t want to proof that some transport system is better than other. I think that we should combine systems that don’t have to compete.

We pay great attention to ecological education, especially for children. Both kids and adults attend lectures at parks, open universities and botanic gardens. We teach 6-12 year-old children how to sort waste. Then they teach their parents how to do that. Thanks to this strategy 20 years of work have resulted in the following statistics: we sort about 70% of the whole amount of garbage. It is the highest rate of waste sorting in the world. It is only a small part of all initiatives we have.

I am a happy man because many of my dreams have come true. Please don’t become a pessimist if you cannot turn tour dream into reality. If to think positively it will come to you soon. Don’t rely on pessimists because they never create something good.